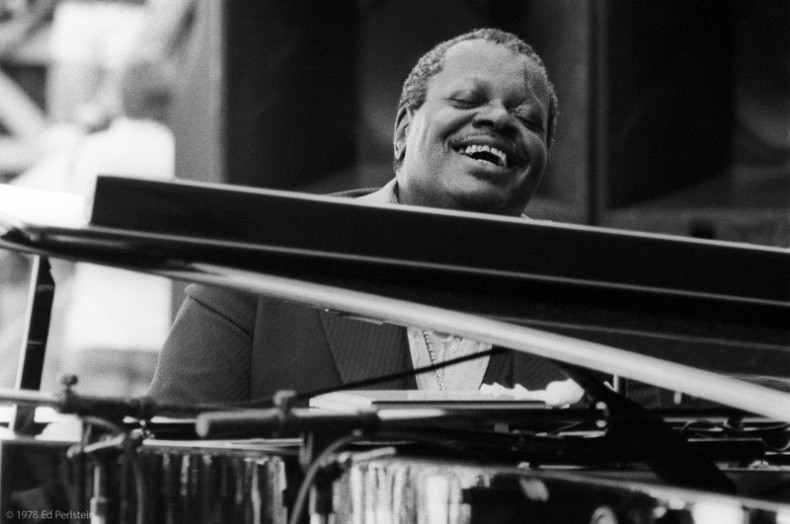 Oscar Peterson – Music In The Key Of Oscar

2015 has had it’s share of milestone birthdays.  To name a few, Billie Holiday, Billy Strayhorn and Frank Sinatra would be 100 years old.   One other huge milestone would be the 90th birthday of one of the greatest Canadian celebrities to grace the entire world.    He became famous without the need of drugs, sex, or flaunting wealth to get ahead.   I am talking about the “Maharajah” of the piano himself, Dr. Oscar Peterson.

To cap the festivities, the folks at the Royal Conservatory of music showed an almost 25-year-old documentary about the life and times of this great legend, produced by his niece Sylvia Sweeney, daughter of Oscar Peterson’s sister and teacher Daisy Sweeney.    The documentary was a love story, a history lesson, and a jazz fest rolled into one, which at times could lead to sadness, rage, despair, and ultimately, joy.

The film looked at the golden era of jazz, and the trials and tribulations the artists went through to get to where they are, some of the most respected musicians in music history.   They were harassed, beaten, threatened to death, and treated like pieces of shit because of the colour of their skin.    Oscar Peterson got hate mail because of his decision to hire a white guitar player that would ultimately end up being one of the greatest small combos in the history of jazz.   Oscar Peterson did and lived through it all, and it should serve as a purpose to the millennial generation to know that this music came from love, toil, sweat and tears, not keyboards, electronics, and Autotune.

Upon looking at this documentary, I realized that Oscar Peterson and myself are mirror copies of each other but in a different time.   Oscar found acceptance and endearment from the white race just like me.   We both came from West Indian families who instilled strict Christian values, conservative values and work ethics that will hold it together in life.   Ultimately, the road was paved with suffering, toil and a lot of soul searching to make us the people that will not only make recordings, but also change the game of music.   “In The Key of Oscar” is probably the best two-hour history lesson that I have ever encountered that made me respect and honour my Canadian hero even more.

OSCAR @ 90 CONCERT TO BE LIVESTREAMED

Mervon Mehta, Executive Director of Performing Arts at The Royal Conservatory of Music, today announced that the sold-out Oscar @ 90 concert on December 11th will be livestreamed for free at https://www.rcmusic.ca/livestream, in order to share this special evening, celebrating Canadian pianist Oscar Peterson’s 90th birthday, with everyone who is unable to be in Koerner Hall in person.

The concert will also launch the new Oscar, With Love CD, recorded by some of the best pianists in Canada and around the globe on Oscar’s own Bösendorfer Imperial piano, which will be brought to Koerner Hall for this once-in-a-lifetime concert. The recording is available exclusively at www.oscarwithlove.com.

Seven of the 17 pianists on the recording – Kenny Barron, Robi Botos, Bill Charlap, Gerald Clayton, Benny Green, Oliver Jones, and Renee Rosnes – will play Oscar’s music, on Oscar’s piano, their way … They will be joined by Dave Young on bass and Oscar’s daughter, Céline Peterson, will be the host for the evening.

Conrad Gayle is a jazz pianist, composer, and writer. He released three albums, "Genesis EP", "Foundations" and "The Live Sessions 09/10", his first book "The Real Conrad Black", has an active YouTube channel and maintains his own blog site called "The Conrad Gayle Review". He is a graduate from York University with a degree in sociology. He is also active in the city of Toronto as a solo artist and leader of his own trio, as well as being the regular pianist in his home church. He has written for the Spill Magazine for over four years and is planning on continuing the course to become a very successful writer.
RELATED ARTICLES
jazzkoerner hallmovies