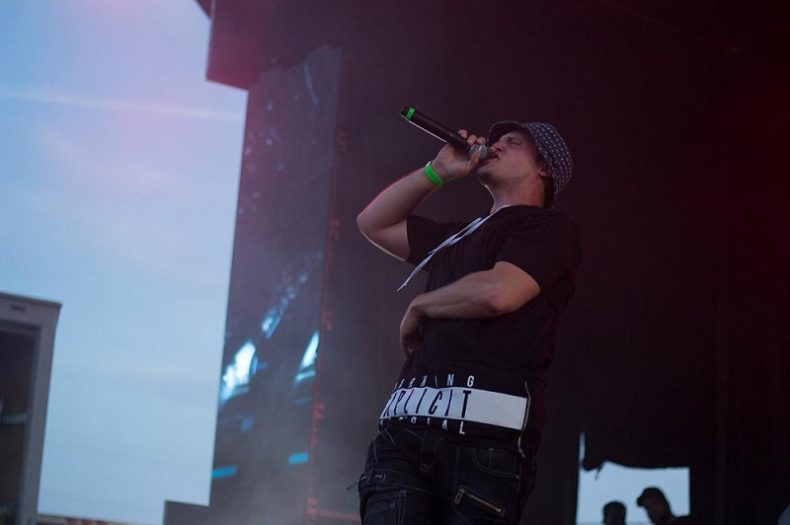 @ On The Grand, Kitchener, Ontario

Wu-Tang Clan may be the most legendary collective in hip-hop, shaping the scene and culture since their 1993 debut album Enter The Wu-Tang (36 Chambers). This year marks the 25th anniversary of the classic album and to celebrate this Wu-Tang Clan performed the entire album live in Kitchener.

Canadian hip-hop legend Robbie G promoted the event and opened for the group. It was suiting that Robbie G opened for Wu-Tang Clan being that the show was in Kitchener, an area near Guelph, where Robbie G is an important figure in the music scene. Towards the end of Robbie G’s set he freestyled over multiple Wu-Tang Clan instrumentals and the crowd loved it. By this point the amount of excitement in the air was overwhelming and the outdoor venue was filling up with fans. The crowd was filled with people wearing Wu-Tang Clan T-shirts, and it was obvious that most were hard core fans. Peter Jackson and Mansuki kept the flow of the show moving at an exciting pace and entertained the audience while they anxiously waited for the headlining act.

Finally, it was time for Wu-Tang Clan. They came out one by one, each member rapping an infamous verse off the album. RZA was first, and after his verse he asked the audience a trivia question about who the next mystery group member to appear would be. This continued until every Wu-Tang Clan member was on stage, ensuring the crowd truly was filled with die-hard fans. Unfortunately, Method Man couldn’t make it due to personal reasons.

The show ended up being a rowdy one. RZA sprayed several bottles of Moët et Chandon champagne into the crowd in front of him, and there was a mosh pit that security had to break up. One of the highlights was when they invited fans onto the stage to perform lyrics from the “Triumph”. They jokingly (or not so jokingly) threatened that if the fans didn’t get the lyrics correct the audience would have to boo them off stage. Unsurprisingly, the fans did extremely well and the crowd went wild. Even all the Wu-Tang Clan members were hyped and made sure the audience was cheering extra loud for the fans on stage.

As if performing the entirety of Enter The Wu-Tang (36 Chambers) wasn’t enough, the group still managed to fit in some classic songs from later on in their career, such as “Gravel Pit”, and “One Blood”, which definitely satisfied the audience. All in all, the show was a very memorable experience. Fans undoubtedly left the show just as excited as when they came in.

Cory is a film maker and music lover raised in the GTA. Ever since a young age music has been a big part of Cory’s life and he often combined his love for music and film together, creating videos of him and his friends skateboarding to their favourite songs. This trend continues in his life as everything he surrounds himself with is always involved with or inspired by music.
RELATED ARTICLES
kitchenerlive reviewwu-tang clan

by Justin Diezmo on June 8, 2018
Ever After Music Festival 2018 @ 425 Bingemans Centre Drive, Kitchener June 8-10, 2018 Ever After has become a strong staple for the electronic bass music scene in North America; and potentially the rest of the world. What started as a random [...]

SPILL NEWS: CANADIAN EDM SUPERSTARS DATSIK AND EXCISION TO HEADLINE THE 2018 EVER AFTER MUSIC FESTIVAL

by SPILL NEWS on March 10, 2018
CANADIAN EDM SUPERSTARS DATSIK AND EXCISION TO HEADLINE THE 2018 EVER AFTER MUSIC FESTIVAL IN KITCHENER One of Canada’s most highly anticipated music festivals, Ever After Music Festival is back for it’s fourth consecutive year, with Canadian [...]