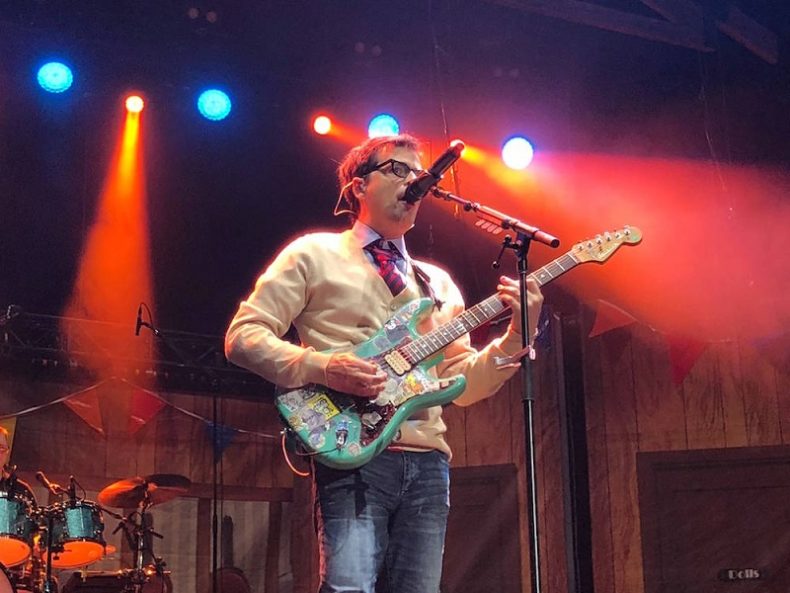 It was a tight schedule of music last night at Budweiser Stage for The Pixies and Weezer. Following up openers The Wombats from Liverpool, The Pixies took the stage to big applause. It wasn’t the first time the two bands have co-headlined the venue and the packed audience promised that it must have been good the first time around.

Entering the stage sans eye contact with the audience, the Pixies played a 21-song setlist jampacked to the brim with little time for engagement with the crowd. While the music was technically sound and pretty fucking brilliant, the performance was emotionally vacant. One got the feeling that the bored band members really had no desire to be on stage.

Despite that, the setlist was great. Big hits like “Debaser” and “Where is my Mind” kept the crowd alive while tracks like “Caribou” kept long time fans happy too. Ending the evening, the Pixies shot through a cover of Neil Young’s “Winterlong” for good measure before heading off stage.

Of course, the highlight of the night was Weezer’s performance. The set kicked off with the drop of a big curtain revealing the stage had been turned into a high school, with frontman Rivers Cuomo in preppy school uniform garb. Kicking off the evening the same as they have every other night on the rest of the tour, the boys in the band launched into “Buddy Holly”, and without looking back or slowing down, right into “Beverly Hills” off Make Believe and “Pork and Beans” off The Red Album.

A short set overall, Weezer’s performance ran about an hour and ten minutes total but was stuffed giblet to end with mega hits spanning across the band’s discography. Just a few songs into the set, the whole stage was changed into a garage before Weezer began to play songs off The Blue Album including “My Name is Jonas” and of course, “In The Garage” as well as Pinkerton hits, “El Scorcho” and “Pink Triangle”.

Overall, the entire band seemed to be in high spirits and genuinely having a great time playing music with their buds. Simple guitar and drum beats kept the night just poppy enough as the audience sang word for word with Rivers on virtually every song of the evening.

At one point, Rivers dawned a sailor’s outfit and hopped onto a scooter as guitarist Brian Bells played and sang “Keep Fishin’”. Scooting through the stadium, Rivers ended up halfway back in the venue and did an acoustic rendition of “Island in the Sun” as well as covers of “I’ve Got the Magic” and A-ha’s “Take on Me”.

Long time fans and newbies alike went home with big ol’ smiles on their faces. While the set was on the short side and back catalogue jams were few and far between, there was no denying that Weezer aimed to please and please they did. Mixing pyrotechnics with an insanely upbeat and danceable setlist, it was a site to behold.  One helluva party, Weezer at Budweiser Stage struck the perfect balance of guys having fun and fans taking note. 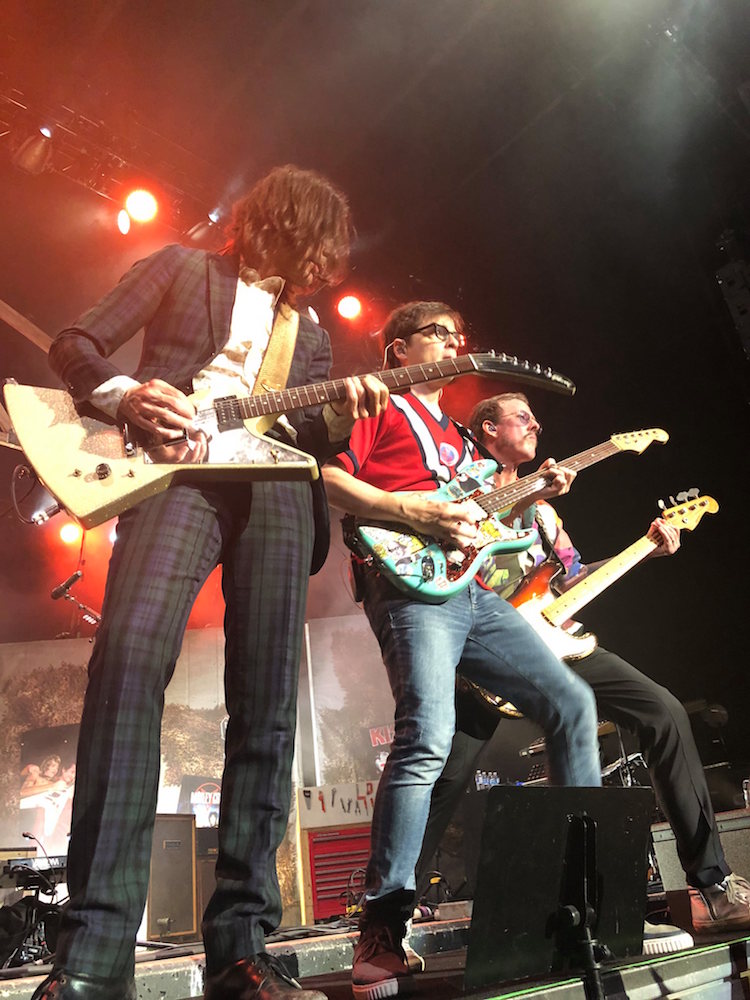 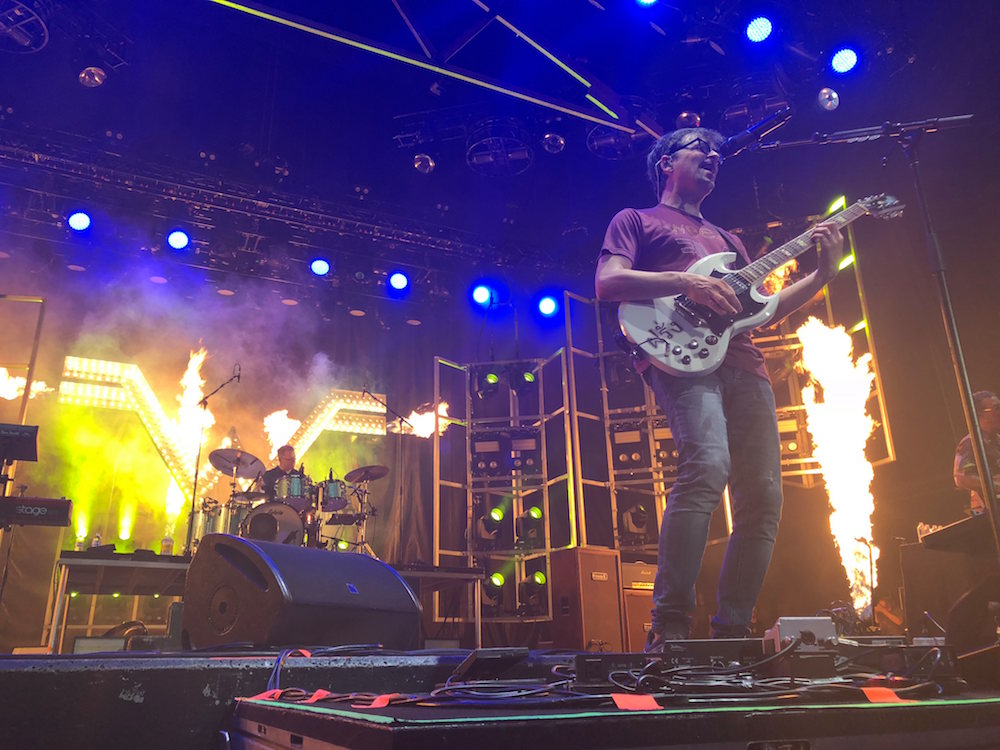 Gabrielle Mueller is a lover of all things music, writing and charcuterie boards. Gabrielle has a particular passion for music of the 1960s and the hippie movement in Toronto’s Yorkville district. Gabrielle runs her own music website, The Hippie Historian, where she reviews concerts, interviews musicians and writes about music history that spans the ages.
RELATED ARTICLES
budweiser stagelive reviewthe pixies