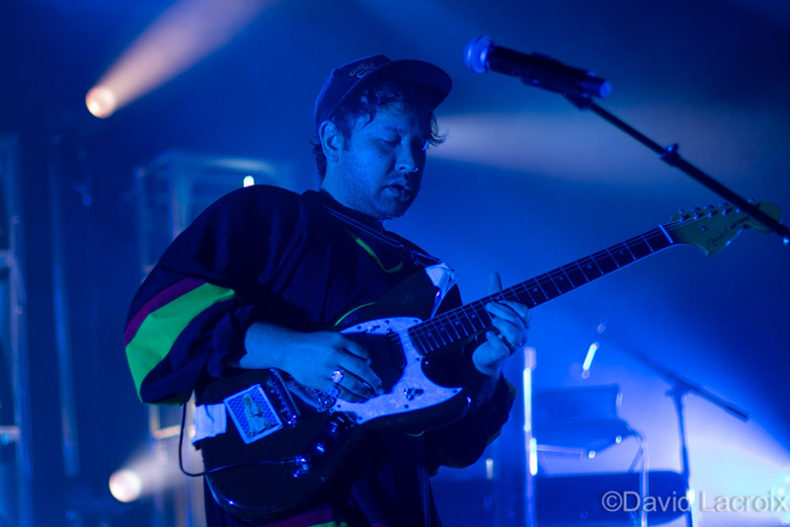 Unknown Mortal Orchestra recently dished out a fluid and dynamic set of pop-blended rock to a sold-out Vancouver audience. Touring in support of their newly released fourth record, Unknown Mortal Orchestra have championed a sound that amalgamates the power and sharpness of a rock ‘n’ roll band with the precision, colour, and warmth of pop band. Performing in the city’s most legendary venue, the historic Commodore Ballroom, the band’s profile has measurably increased since their previous performances at the Rickshaw Theatre and Biltmore Cabaret.

Makeness, a one-man electronic project hailing from the UK, provided a lukewarm opening set that demonstrated considerable skill in electronic interfacing but lacked the human element in rock ‘n’ roll that attracted most of the audience in attendance. Though skillfully executed, the canned, dance club electronic percussions of Makeness sounded stale and out of place on this particular evening. 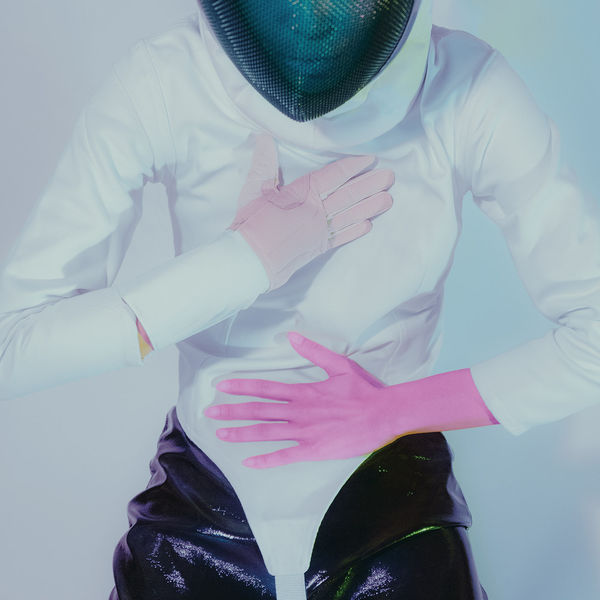 Taking to the stage, Unknown Mortal Orchestra exemplified a poignant and energetic professionalism. The stage was a scene in and of itself, clad with white, fluffy rugs and custom lighting towers adorned with live flowers. As the snappy, crunch of the drumbeat of “My Ffunny Ffriends,” rung out to the delighted audience, the night got to a fast start as guitarist and singer Ruban Nielson rolled through the catchy, lo-fi fan favourite. While the band treated the audience to a few older gems, such as the slow yet infectiously “So Good At Being in Trouble” and the comparatively trashy rocker “Nerve Damage,” most of the evening’s set served to showcase the softer style new album entitled Sex & Food. The heavy, buzzing guitar intricacies of “American Guilt” demonstrated the loudest offerings from the new record, but the band appear more interested blending newer softer styles with tasteful restraint in their approach of uncharted musical territories and experimental pop. Closing out their man set with the grandiose and baroque melody of “Multi-Love,” Nielson’s guitar-work shone demonstrating mouth-watering ability as well as a casual cool demeanor.

Switching to an acoustic gear for the beginning of a five-song encore, songs such as  “Chronos Feasts on His Children” and the “Honeybee” delivered softer, pleasing melodies with the later song finishing in a monster guitar solo. Though much of the band’s best song craft and melodies hail from the band’s first two records, Unknown Mortal Orchestra’s recent extreme stylistic changes and refined musicianship suggest that this Portland-based three-piece might just be one of the forerunners of a musical genre. Unknown Mortal Orchestra’s Sex & Food tour is a dish of an incomparable sonic taste deserving of sample.

The Spill Magazine is a Toronto-based online publication dedicated to covering the independent music scene with a strong focus on our thriving hometown talent. Our writers bring you up-to-date news, in-depth features on musicians and reviews for the latest CD releases. We also travel to the front lines for all local festivals including Canadian Music Week and North by Northeast. Don’t forget to check out our Facebook and Twitter pages for all daily Spill updates.
RELATED ARTICLES
everyone acts crazy nowadaysjagjaguwarlive review
7.0