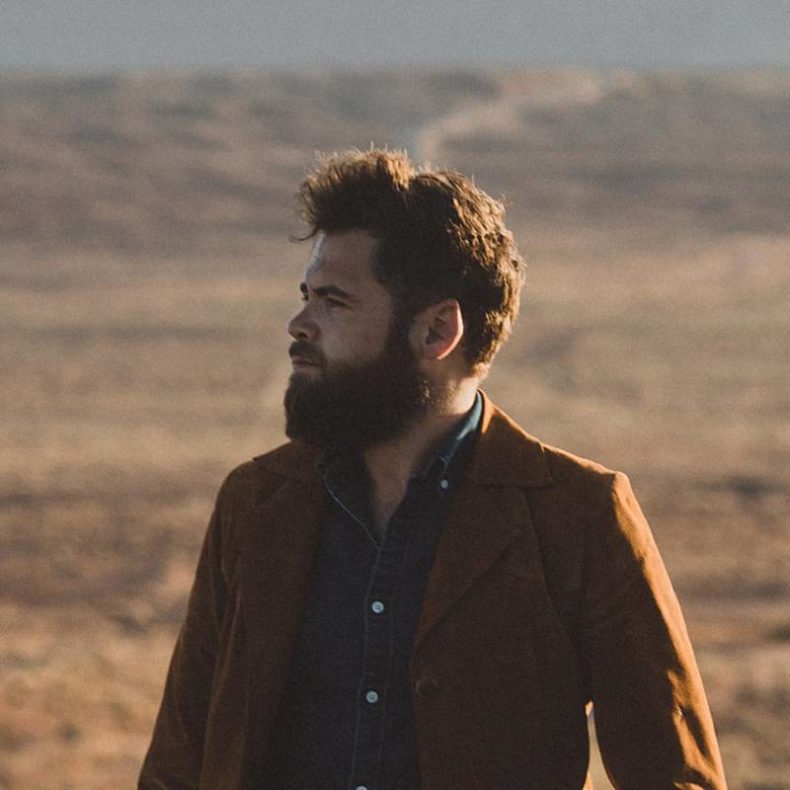 
Ken Yates comes across as a stunning encapsulation of what it would be like if Oscar Isaac’s titular character from Inside Llewyn Davis existed in a Canadian context, a more upbeat and cheerier persona with a less depressing relationship to his context. Still struggling his way through the lonely journey of an unknown folk singer driving cross-country by himself to every gig, yet unphased in his optimism and his passion for that journey itself. Ken is as authentic a characterization of the spirit of folk music as anyone else.

It’s such authenticity and genuine energy that defined Passenger’s performance at the Théâtre Corona in Montreal this past Sunday, where Yates had opened the evening with a 20-minute set. Fluffing the opening lines of his first song, “Fairy Tales and Firesides”, Michael Rosenborg immediately left himself vulnerable and exposed at the start of his headline set. The folk singer cracked a smile, rolled off a joke at his own expense while continuing to strum the song’s opening melody, and tried again as if nothing had happened. Nor did he pretend that it hadn’t.

The success and fame that have followed Passenger in recent years have hardly deterred his dedication to the intimate art of a folk performance. While mainstream recognition can often lead to overblown theatrics and excessive instrumentation from performers, Michael has stuck true to the intimate setting that only the artistry of a singer and their guitar can conjure. It was as much a performance of his personality as his music, and he knew exactly how to deliver both to his audience. Interjecting his songs with stories, jokes and stream-of-consciousness observations (as well as with a couple sips of scotch), Passenger held his fans close by as he ambled his way through his set.

That’s not to say that Michael wasn’t taking the night seriously either. There was a constant, unshakeable focus on musicality that came before all else as he reproduced his studio recordings dutifully and ornamented the songs with improvised licks and ad lib sections. His constant energy was at its zenith during these moments, an infectious sight for the Montreal crowd that began to let loose as the night grew on. Performances of Simon and Garfunkel’s “The Sound of Silence” — apparently a ‘new song’ of his — and his own hit “Let Her Go” then whipped the atmosphere to peaks of genuine excitement and happiness that seemed at odds with the depressing and dreary stereotypes that are often associated with folk music.

These peaks were carefully woven into a setlist primarily comprised of songs from his recently released album Runaway. Rosenborg gleefully reminded that the crowd that it was his tenth record, rather than the second as most of the world would be expected to think. It wasn’t the only time that Passenger was happy to label himself a ‘one-hit wonder’ during the night either. If anything, it was an ironic play on the fact that the crowd knew the words to every song, old and new, and regardless of how obscure they were in the mainstream eye. When brought together with the themes of love, perseverance in the face of a negative political atmosphere and the struggle for a more compassionate society that peppered songs like “Scare Away the Dark” and “To Be Free”, Passenger’s genuine humility and spirit were on full show tonight.

By the time the first notes of Bruce Springsteen’s “Dancing in the Dark’ rang at the onset of his encore, the room was filled with an energy and sense of positivity that had been absent just a few hours before. Michael’s ability to connect genuinely and without pretention struck a universal chord tonight, and it was hard to find a disappointed face as the audience poured back out onto the streets.

Based in Montreal but raised across Western Europe, Andrew feels at home both everywhere and nowhere. Having picked up the piano at age four, he has since gone on to add clarinet, saxophone and guitar to his musical arsenal. As well as crafting music, Andrew spends a lot of time listening both at home and in live contexts. Rather than focusing on a particular style or calibre of artist, he is keen to explore music of any shape or size. Outside music, Andrew's passions lie in philosophical writing, visual art and sharing positivity with the world around him.
RELATED ARTICLES
live reviewmontrealpassenger