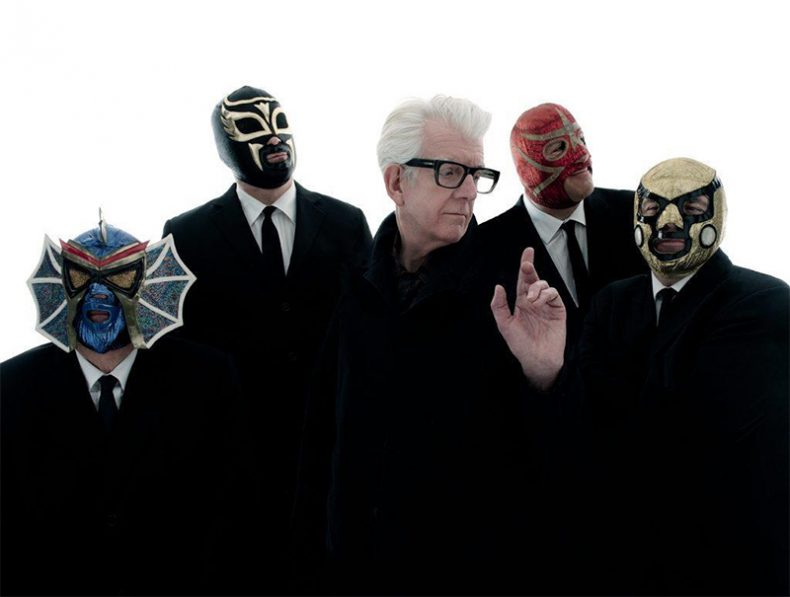 Opening the show was the New Orleans-based country/roots artist Esther Rose. Hot on the heels of the August release of her sophomore album, You Made It This Far, Esther Rose was excited to share her music with the welcoming Toronto audience. “I played a couple of dates with Nick Lowe earlier this year,” she said before going onstage, “He said to me, ‘We’re going to have you back again.’ I was thrilled!”

The young artist’s excitement was evident as she performed her 10-song set, giving emotive, stripped-down versions of songs from her latest recording, as well as her earlier work. Accompanied by guitarist Jordan Hyde, whose solid chops and tasteful colouring on the Telecaster added to the vintage country vibe. Rose kept the audience engaged with the purity of her voice and the simple beauty of her music. Set highlights included the wistful swing of  “Lower 9 Valentine”, and the positive, affirming finale, “Jump Down Baby”.

If there was a weak spot in Rose’s opening set, it would be in the ‘sameness’ of the sound in this configuration. This is a challenge for any performer, particularly in a set of this length. This was not a huge detriment though, as Esther Rose won the audience with her songs, and with her charming and confident demeanour. 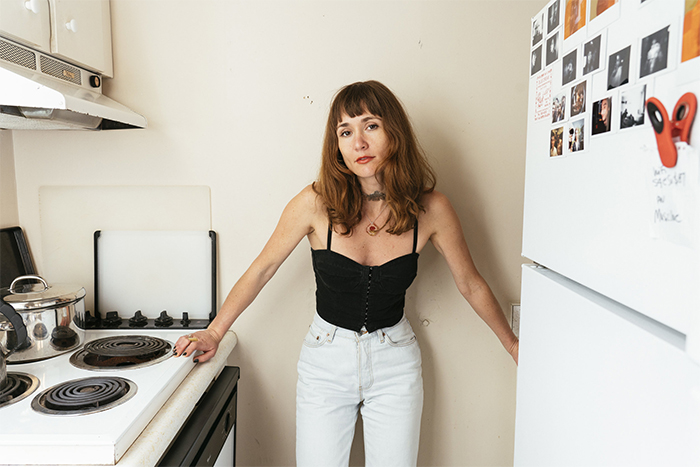 Nick Lowe and Los Straitjackets took the stage for the headlining set, and launched into “So It Goes” (from Lowe’s 1978 album Jesus Of Cool/Pure Pop For Now People), to great audience response. This was what they were all here for. The crowd was taken through the artist’s many eras, from his early work with Rockpile (“Heart Of The City”, “Cruel To Be Kind”), his 1980s solo efforts (“ShtingShtang”), and latter-day offerings such as “Somebody Cares For Me” (from 2011’s The Old Magic). Thumb-strumming his GibsonJ-150, Lowe was backed solidly by Los Straitjackets, who breathed new life into the older material, and added a lighthearted goofiness to the proceedings.

Lowe’s collaboration with Los Straitjackets may seem an unlikely pairing of styles. Early in their association however, Lowe decided that rather than justuse the band as sidemen, he would have them perform his songs as if they were Straitjackets’ songs. For those who love the Nick Lowe back catalogue, this approach makes for interesting listening. The melodies and the words are the same, but some of the grooves and the arrangements have changed subtly. Sometimes this works and sometimes it does not quite hit the mark. Still, the end result sees Lowe re-claiming songs that he has not performed in years, while at the same time allowing himself and his work to evolve.

Eight songs into the set, Lowe took a break, and surrendered the stage to the band. Los Straitjackets went into their act in earnest at this point, with their eccentric instrumentals, synchronized guitar moves and arms in the air,luchalibre-style, after each song. With tunes like the wonderfully odd “Space Mosquito” and the crowd pleaser “Outer Limits”, Los Straitjackets kept the show rolling with their exuberance and stellar musicianship.

Nick Lowe re-emerged at the tail end of Los Straitjackets’ version of his own song “(I Love The Sound Of) Breaking Glass”, and proceeded to perform an additional eight songs, before ending the set with “I Knew the Bride”.

After enthusiastic cheering from the audience, Los Straitjackets launched the encore with one more instrumental number, after which Nick Lowe came back on to perform the fan favourites, “When I Write The Book” and “(What’s So Funny ’Bout) Peace. Love, and Understanding”. Amid thunderous applause, Los Straitjackets left the stage and Lowe paused, looked out at the crowd, and introduced “an old friend of mine”. Enter local hero and Canadian songwriting legend Ron Sexsmith, who joined Lowe for the evening’s finale, a beautiful version of The Louvin Brothers’ “My Baby’s Gone”. It was a sweet end to a fun and varied night of music.

Bryan Williston has been involved in music since he was a young child. A veteran singer, songwriter, and music educator, Bryan has enjoyed playing a multitude of musical genres in a variety of outfits, over the years. Bryan lives in Whitby, Ontario.
RELATED ARTICLES
live reviewlos straitjacketsnick lowe