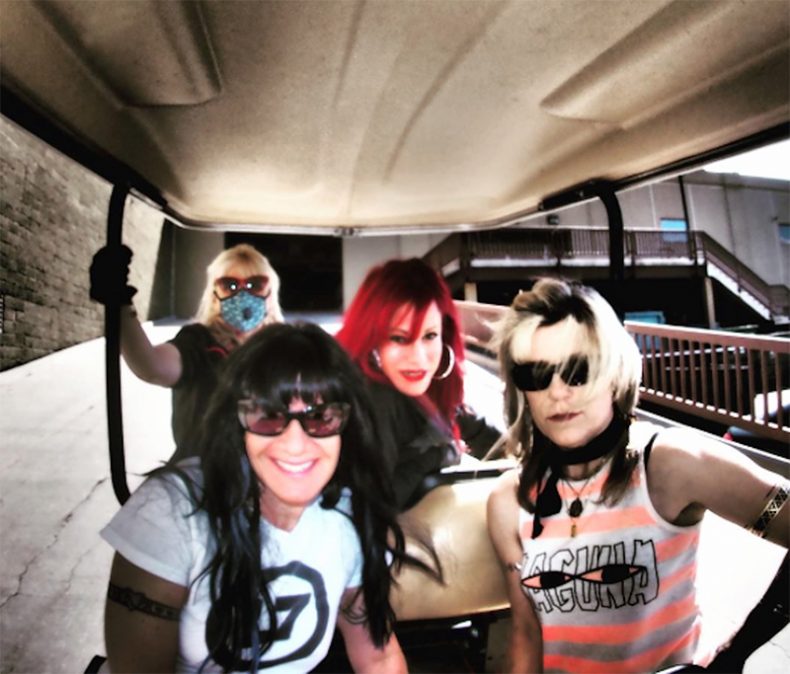 Like many bands of a certain era (well, my youth), L7 is enjoying a second wind of popularity and success. Unfairly castigated for a couple of media-focused incidents that occurred way back in 1992, its musical legacy has been largely overlooked. Having never witnessed the band in its glory days I was eagerly anticipating seeing my debut show at the legendary Ritz venue in Manchester. A chat with singer/guitarist Donita Sparks before the show seemed to convey that the band was equally excited to be back again and relishing playing before a UK audience (this was the first show on the UK tour). The band is also to shortly release a fan-funded documentary. What would the band serve up as a live attraction in 2016? Would it still have its vigour and aggression or would it merely be a shadow of its former self, seeking to recapture past glories? The band still features its classic lineup of Donita Sparks, singer/guitarist Suzi Gardner, bassist Jennifer Finch and drummer Dee Plakas. 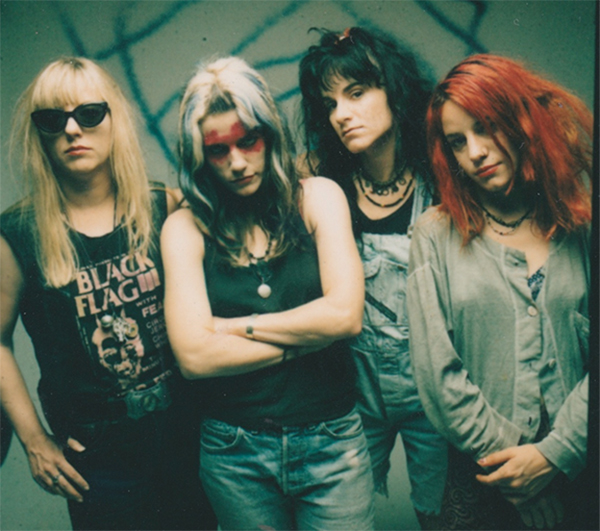 From the outset it was clear that this would not just represent a nostalgic run through a few former hit songs. The band was really fired up and aggressive – I was actually very pleased that a sold-out venue would be in receipt of the girls’ live firepower. Bricks are heavy is the band’s most successful album and the band focused on this as the main part of their live set. The girls swapped vocals during the set and their genuine sense of enjoyment shone through all night. The energized band and audience seemed to feed off each other. Truly a highly enthusiastic performance that left everyone fully drained by the show’s climax. 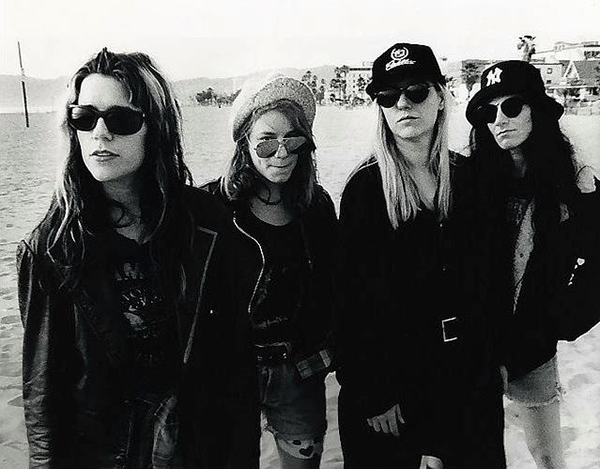 What was surprising was how much of the band’s material I was familiar with. Choruses I had definitely last heard way back in my ’80s youth were suddenly reawakened and appeared out of my mouth – rather loudly, it must be said. “Monster” and the power chord overload of “Fuel My Fire” were the set standouts. Sparks had indicated to me that the life expectancy of the band was still to be determined. On the strength of this performance I feel that it should last a bit longer than just for a tour. New songs are already in the can and I think this tour will merely form the opening chapter of the band’s next era. The band is on fire, and is enjoying the resurgence. The many fans present in that sold-out venue would be fully in agreement.

I'm a 40 + music fan. Fond mostly of Rock and Metal my staple-musical food delights. Originally from Northern Ireland I am now based in the UK-Manchester. I have a hectic musical existence with regular shows and interviews. Been writing freelance for five years now with several international websites. Passionate about what I do I have been fortunate already to interview many of my all time musical heroes. My music passion was first created by seeing Status Quo at the tender age of 15. While I still am passionate about my Rock and Metal I have found that with age my taste has diversified so that now I am actually dipping into different musical genres and styles for the first time.
RELATED ARTICLES
dee plakasdonita sparksjennifer

by Mark Dean on September 20, 2016
25 YEARS OF TINY LITTLE GOALS AN INTERVIEW WITH DONITA SPARKS OF L7 L7 was a successful band in the Grunge-dominated musical climate of the late ’80s.After the band’s dissolution in 2001, its members mainly took a [...]