SPILL LIVE REVIEW: FRED THOMAS & THE WORLD IS A BEAUTIFUL PLACE AND I AM NO LONGER AFRAID TO DIE (TWIABP) @ THE HARD LUCK BAR, TORONTO 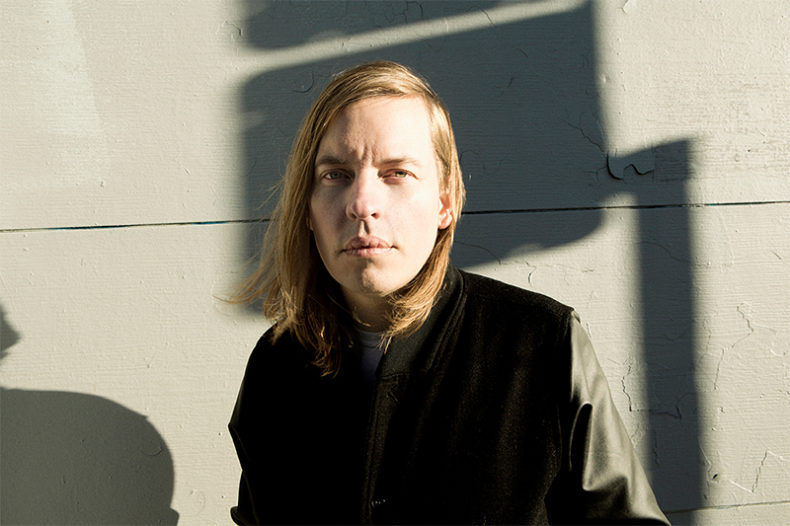 On March 23, the Hard Luck Bar hosted Fred Thomas and The World Is A Beautiful Place and I Am No Longer Afraid to Die (TWIABP) with Growing Fins and First Ghost serving as opening acts. The event provided four variations on emo music that brought out a large all-ages crowd on a brisk Thursday evening.

A couple weeks before the show, Toronto bands Growing Fins and First Ghost were added to the bill to provide local support to the two touring headliners. Adopting two members from recently disbanded Garbagio, Growing Fins started off the night with emo math rock: intricate guitar streams of consciousness were laid onto complex rhythms to provide a mesmerizing set. First Ghost followed with their first show in Toronto after a recent US tour – “a nice change of scenery” as guitarist/vocalist Anton DeLost remarked. The two guitarists/vocalists clad in skinny jean and plain t-shirt ensembles bobbed their heads in unison as they swung their tender male voices into the high notes characteristic of emo pop.

After First Ghost, the entire stage was cleared for Fred Thomas to set down his humble belongings: a couple of guitar pedals, an empty hard-shelled guitar case, and a small canvas backpack. The lanky Montreal-based emo-folk musician hunched over to sing into the microphone as he began his set wearing a black sweater, black slacks, and black leather shoes. After the first song, he introduced himself, thanking everyone for listening, and added a short self-deprecating quip about keeping his set short because “we all know how we feel about folk music.” Despite this sheepish disposition, Thomas quickly captured the attention of the crowd as he spoke/shouted/sang his confessional lyrics overtop simple guitar chords. All the songs described situations, experiences, or people with refreshing humour, which prompted the audience to react with a cheer and laugh in agreement. Despite his perfectly crafted sardonic persona, Thomas took a moment of seriousness to play a cover of Negative Approach’s “Can’t Tell No One” – adding that we shouldn’t “underestimate our spheres of influence” to affect the political situation in the US. By the end of his performance, the entire audience had been won over by the modest character, yelling for an encore as he quietly packed up his guitar and walked off-stage.

As six stagehands came into action to set up TWIABP’s sizable equipment, anticipation from the audience for the upcoming act was prevalent. The band drew in a sizable crowd to the small venue – most of the attendees being under 19 – but this crowd wasn’t very large considering their 120,000 strong Facebook following. The appeal of the post-rock/emo genre was unveiled as the 7-person band took to the stage. The full wall of sound submerged every person into a range of time signatures that provided the structure for anthemic power chords, trilling guitar solos, otherworldly synth noises, woeful vocals, and undulating drums. The smooth transitions between phrases allowed the listener to sink into the feelings evoked by the music without thought. In this regard, the music departs from the challenging nature of post-rock in favor of an easily digestible aesthetic. It captures the complexity of structure without requiring the listener to contemplate or seriously consider the music. Hopefully the experience of TWIABP serves as a gateway drug to more substantial acts that treat music as an opportunity for new expressions rather than a chance to profit of a quirky combination of two easily marketable genres.

Raised among downtown Vancouver’s thriving underground indie music scene, Josie moved to Toronto to study architecture and to check out the self-titled “music city.” She is now on the hunt to find the intersection of music and the built environment, and thrives on exciting collaborations with creative individuals.
RELATED ARTICLES
first ghostfred thomaslive review