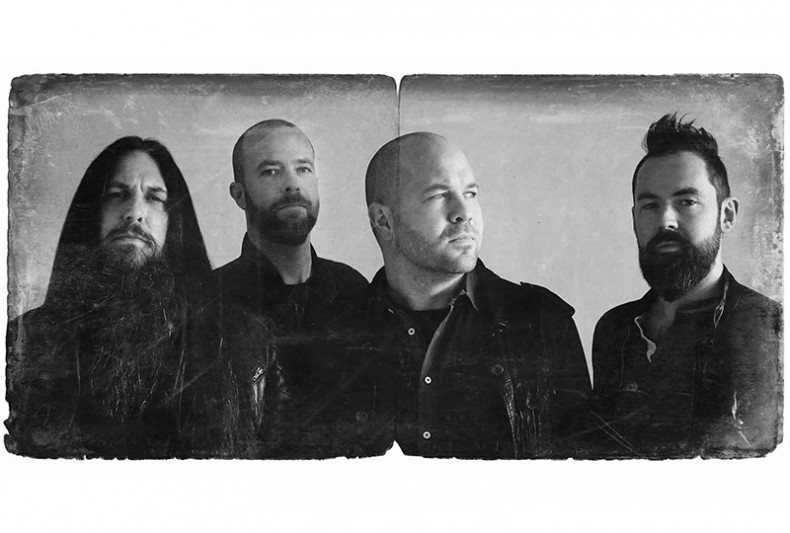 It was an excited hometown crowd filing into the Molson Canadian Studio in Hamilton on a Tuesday night for Burlington boys Finger Eleven.

The club was filled with old friends and long-time fans who told me they’ve been following the band since their high school days when they were known as Rainbow Butt Monkeys.

From the start of the set frontman Scott Anderson was all smiles even as he got right down to business.

Running through their catalogue of hits as well as a few new numbers, the main set closed with “Paralyzer”, undoubtedly their biggest single to date. During the encore, couples swayed, lighters were lit and the crowd sang along to “One Thing”, the power ballad that launched the band’s success in North America.

Finger Eleven’s seventh album, Five Crooked Lines, was released earlier this year.  The tour in support of the album has taken them across the country, and wraps up at The Phoenix Concert Theatre in Toronto on November 20th.

A little about opening act Head Of The Herd:

Vancouver blues rockers Head of The Herd brought their soul, swagger and sweat to Hamilton as the opening act for Finger Eleven, as they have been doing for a few weeks now.

Their third LP, Birds on the Roof, was recorded in the US, Canada, and the UK, in some fairly significant studio spaces. Fun fact: The piano that drives “I’m a Mother” was located in Wales. Oh, another fun fact: It was used by Freddie Mercury on a little song called “Bohemian Rhapsody.” Yeah, that one.

The recording process was an ambitious effort from a more than capable group of musicians. Any live show that can make a Hamilton club feel like an honest to goodness juke joint is one that cannot be missed!

Bobby Singh is most comfortable and content with camera in hand, shooting artists big and small, on stage and off. A freelance photographer based in Toronto, Bobby's heart remains in New York City. Bobby's rise to fame was not one without heartbreak and hurdles. From the time he started working the clubs on Queen Street West battling low light and dodging spilled drinks, elbowing his way to the front of stage, he knew one day he would be accepted into the prestigious Pit, bestowed with the almighty Lanyard. It has been a long, strange trip. Some of his most prized accomplishments include being yelled at by Patti Smith, having his lens kicked off the stage by that guy in Imagine Dragons, being covered in various liquids by Leah Fay of July Talk, and most notably, patting Prince on the shoulder after a show. Currently Bobby still makes an effort to remain humble, occasionally gracing those old clubs with his prowess behind the lens. Please do not disturb him.
RELATED ARTICLES
hamiltonlive reviews