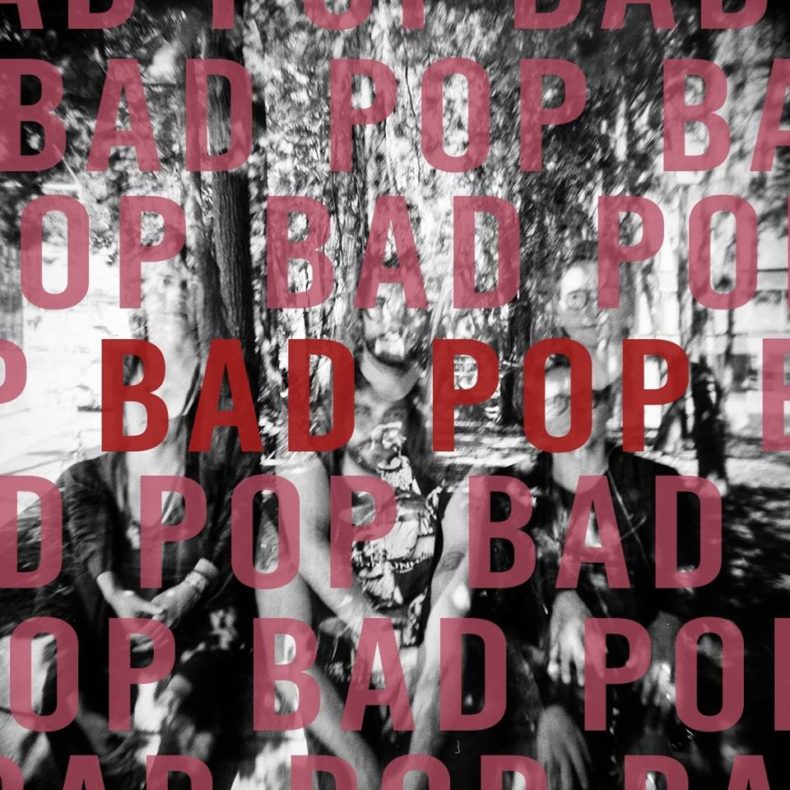 As usual for March, the cold and wet night kept many Torontonians from venturing out of their warm homes. Tuesday night isn’t exactly the most popular night  to go out, especially for early-rising hard-workers, which also partially explains why the venue wasn’t nearly as packed as expected.  For those who didn’t mind getting a bit of water on themselves, or staying up past their bed times, they surely had a rocking night at The Smiling Buddha.

The collective concert was made up of three bands that night: The Effens, Altered by Mom, and Bad Pop. While all three had their own distinctive sound (aside from the minor audio issue making it hard to hear vocals over the instruments), they fit the line up well with their hard riffs, rock n’ roll attitudes, and 90s vibes.

The opener, The Effens, a post-garage rock band with some electronic techniques thrown into their songs, took on the initially sparse crowd. As if the beat-up guitar and ripped jeans weren’t enough of a give away, the distorted guitar and deep bass made it clear they were full of that old school attitude. However, with the melodic sound of a few of their songs, it was more melancholy, and even more soft than angsty at times.

With a mix of 90s hard rock and modern indie sound, and lyrics that sound like the soundtrack to the millennial lifestyle, Altered by Mom had a bit more luck with the crowd. Their performance was pretty active, even bubbly at times, making it lighter compared to The Effens. There was hip-swaying, foot-kicking, string-losing, and a lot of movement overall.  At one point someone jumped onstage and took the mic off the stand, walking amongst the crowd with it. Rather than trying to retrieve it or play an instrumental piece, singer Devon Lougheed followed him around, playing catch-up with whoever was holding the mic, while continuing to play the guitar.

Bad Pop has a strong sense of humour, which was very clear that night.  Right before the band got on stage, singer and guitarist, Chris Connelly made his presence known by having the 2001: A Space Odyssey’s theme played over the speakers as he greeted the audience.  This humour was carried out through their lyrics, interactions with the crowd, and with band members poking fun at each other.   Bad Pop’s charisma was also apparent while band members ran across the stage and danced with each other.

Again, there was a lot of energy on stage, making for a fun concert – not just musically, but entertainment-wise, too.  Connelly showed off his improvisation skills by playing the wah wah pedal with his forehead, or kicking cymbals  with his foot. Catherine Hiltz simultaneously played the trumpet in one hand, and bass in the other.   Drummer Aaron Klasson got his time to shine  too, using humour to build the anticipation for a wicked solo.

Eventually, the fun night had to come to an end.  As the crowd requested an encore, Bad Pop offered the choice of a cover, or one of their original songs, to which an audience member suggested a medley of the two.  Sure enough, those improvisational skills were put to use once again as Bad Pop’s first medley came together last minute, opening with one of their original songs, and turning into Nirvana’s “Territorial Pissing”.  By this point, the crowd was finally moving beyond stiff bobbing, and as Connelly put it best, “Toronto: the city that never sleeps… on the weekend.”

Music and writing have always been a big part of Sabrina's life. She would "borrow" her dad's rock and metal CDs from his collection and listen to them while going through the art books. Although she doesn't write angsty poetry anymore, she does have a Bachelor's Degree in Journalism which she uses to pursue a creative career path. When she's not writing, Sabrina can be found juggling a coffee cup and DSLR or Instagramming her food.
RELATED ARTICLES
live reviewsmiling buddhatoronto