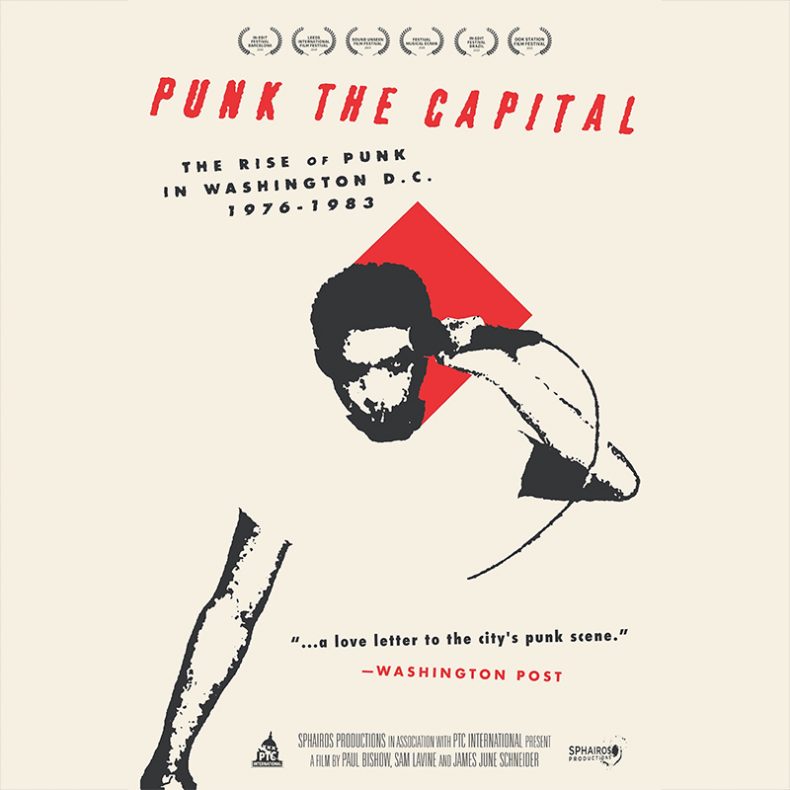 Punk the Capital: Building A Sound Movement, was released on DVD in conjunction with 2021’s Record Store Day in June.  The documentary explores the history of the Washington, DC scene, using photos as well as clips from interviews and live performances from some of the area’s more influential bands as well as other key players.

Flipside Magazine, a punk zine that ran from 1977 to 2000, published a DC Family Tree, in which they credited Bad Brains as the founders of the scene.  The film traces the branches, through interviews of numerous musicians, promoters, radio station personnel, record store owners, club owners, and others who contributed a verse to this powerful play, including HR from Bad Brains, Ian McKaye of Teen Idles, Minor Threat, and Fugazi, Henry Rollins of Black Flag and the Rollins Band; and Jello Biafra of the Dead Kennedys; just to name a few.  Disenfranchised youth during this period, this group of modern-day punk royalty relates how they used music as a creative outlet to tell their stories in their own words, along the way changing the course of music and countless lives. 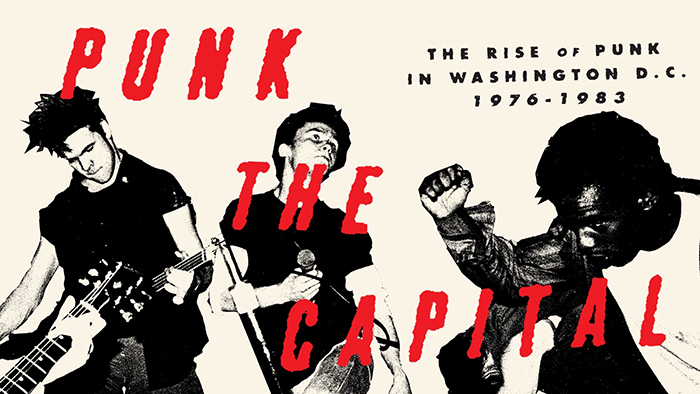 One of the overriding themes that carries through the movie is the sense of community that was present. “I embraced the community, encouraged people to go to each other’s shows and be there,” said Patricia Ragan of The Afrika Korps and “Punk Magazine” early in the movie. “Punk rock at the time (prior to this) had become associated with Sid Vicious, self-destruction, and junkie culture,” according to Ian McKaye (Teen Idles, Minor Threat, Fugazi, DISCHORD Records).  “Some people were driven to this notion that a form of rebellion was in self-destruction, but it’s very clear to me that this is not rebellion, not revolutionary because it doesn’t do anything to the state except get rid of their problem.”  Going along with McKaye’s doctrine is the “P.M.A. (positive mental attitude)” ideology delivered by Bad Brains.  Borrowed from literature they’d read about a philosophy of positive thinking, according to HR, Bad Brains’ vocalist, in an on-camera radio station interview done seated next to McKaye, he summarized the doctrine as “Whatever the mind can conceive and believe, the mind can achieve,” explaining that the band had been looking for some sort of substance to put into their music.  This attitude gave punk the traction to go forward fast, he reported.   Of Bad Brains, Henry Rollins commented “They reinvented the wheel in front of us.”

All in all, it was the perfect storm: a bunch of creative, fearless individuals with DIY spirits who were very politically aware (this was, after all, DC), tended to align with the liberal left, and had a passion to work for change, a message to relate, and a desire to rebel; a nation in a state of flux due to the transition from Presidents Carter to Reagan; and an area where individualism is not looked upon especially kindly.  Included are bits about Dischord Records (label of Ian McKaye and Minor Threat drummer Jeff Nelson, the straight edge movement, which was originally going to be the band’s name until they settled on Minor Threat instead, a reference to the notion that you have the edge over someone when you’re sober and a philosophy that encourages taking responsibility and doing things for yourself while abstaining from self-destructive behaviors and substances such as drugs and alcohol), the beginning of hardcore punk circa 1980, local sites and people who were especially supportive such as Skip Groff Yesterday & Today Records, Madams Organ, Dan Zientara, founder and recording engineer of Inner Ear Studio; The Keg (reported to be the first punk club in D.C.),  Slickee Boys, and others to paint a picture of how, where, and why things started.

In keeping with the punk spirit of community, a portion of the proceeds from sales of DVD  and Blu-ray copies of the movie sold through Dischord Records will go to the DC-based charity We Are Family, an organization that reaches out to isolated at-risk inner-city senior citizens to provide free services, advocacy, and companionship.

Kathy Nichols, from the land of cheese and beer, has been writing off and on since elementary school. Her passions include hugging trees and trying to make a positive difference in the world, to which end she completed a degree in Mass Communications coupled with Environmental Science. Kathy appreciates all types of music, mainly industrial and punk and the like (especially bands who use their fame and fortune to try to make social or political statements), but with a little bit of Beastie Boys and Billie Holiday thrown in to switch things up a bit. She is the owner and CEO of www.industrialstrengthpublicity.com and enjoys long walks on the beach and (skinny) puppies.
RELATED ARTICLES
film review