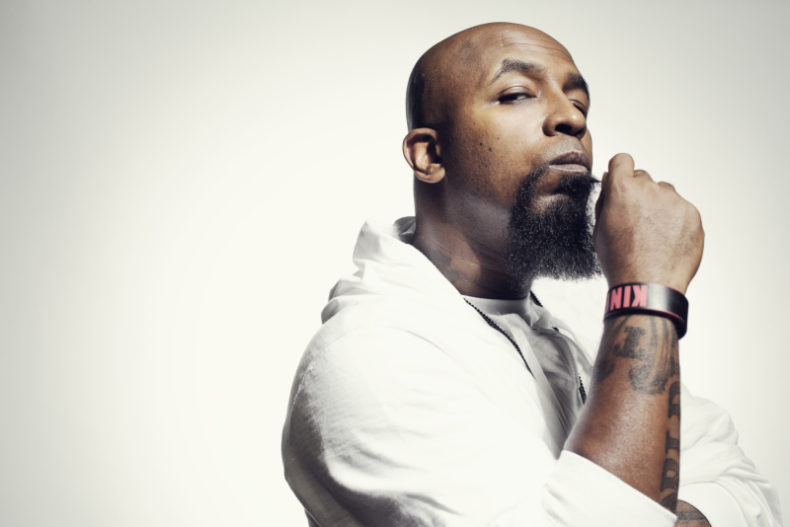 A CONVERSATION WITH TECH N9NE

I guess that’s how you answer the phone when you’ve sold millions of albums worldwide and have included countless features of other artists who have also sold millions worldwide–you barely need to introduce yourself.

Aaron Dontez Yates, better known by his stage name Tech N9ne, is a Kansas-based artist with a rich and deep history behind him. He’s an actor, producer, and entrepreneur. He started rapping in 1991 in a band named Black Mafia, finding glimpses of success with the band. He bounced around between bands before starting his own label in 1999 with fellow business partner Travis O’Guin, and they then named the label Strange Music, named after “People Are Strange” by The Doors, as Tech N9ne is a big fan. Tech found additional success after signing artists to the label such as Joey Cool, Jay Trilogy and Mackenzie Nicole.

On April 11th, Tech N9ne’s It Goes Up Tour officially kicked off and will run through June 13th. “We were just in New Zealand and Australia, now we are taking it home to America to wrap it up” the artist boasts. “Stay tuned because we got a lot comin’ for the tour, we got Krizz Kaliko, ¡Mayday!, and a few others that I’m excited for”. Just after Tech N9ne’s tour starts, he’s dropping his album N9NA on April 19. “Get ready for the original Tech N9ne on this project, this is going to be the old school N9ne that all the oldest and newest fans are going to enjoy and I can’t wait to perform it live on the tour, we also got a lot of merch that the fans are going to be interested in”.

Tech N9ne has worked with some of the biggest names in hip-hop since he started rapping in the early-90s — Eminem, Lil Wayne, and Kendrick Lamar to name just a few. “Back in ‘92 I used to kick it with Tupac in Atlanta, we were staying at the same hotel and we used to hang out together in the lobby, a year later in 93’ we had the same producers”.  “Working with all these artists I feel almost like the weird kid in hip hop almost, it’s incredible being recognized for my work and looking back on my career”. 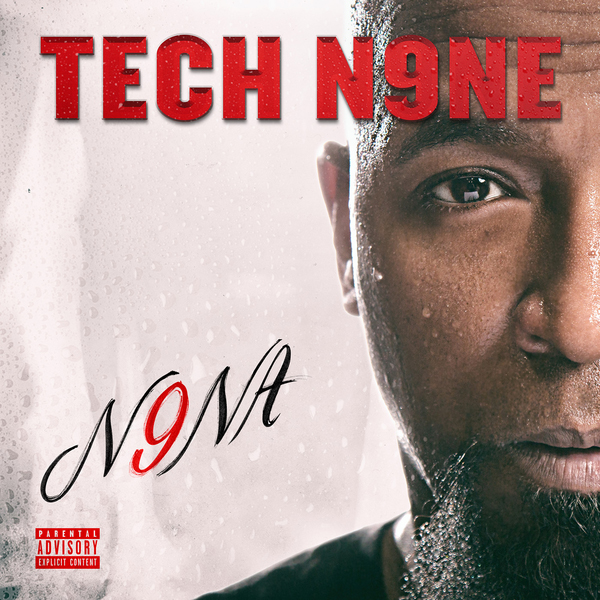 “I am definitely interested in working with a few artists down the road, Trent Reznor is a name that sticks out to me, also Denzel Curry, I’d be really interested in doing some work with him too, his range of music is so captivating to me”.

Tech N9ne has something else in the works for his fans. “I’ve been working on a four-part video series that I want to show clips of during my tour, we just got all the shooting done for it and now we are just working on the editing. All the videos connect to each other to create a storyline and it’s coming along well so I will have it out in time for the tour that’s about to begin”.

The Kansas-born artist is not just focused on music, in mid-2018 Tech N9ne teamed up with Boulevard Brewing Company as they share the same home town. This was a combination that was meant to be, as together they gave birth to a wheat beer they called Bou Lou. “It really is a good beer and I don’t mean to brag, it sold out everywhere when it was put on shelves. It has a coconut and pineapple taste, so most people would enjoy it, a year and a half ago it all came about in Kansas city” I asked if he had any plans to expand into any other drinks or foods, “I have actually been thinking about it more recently, maybe some sort of wine? I’m thinking about calling it Tech W9ne or something” the artist chuckled.

With so much in the works for Tech N9ne, one wonders how he manages all of his projects.  ”It is always a grind but I like to stay busy, I like to give back to my fans and that’s why I go on these crazy long tours, I love it though”.

Since the early days of hip hop, Tech N9ne has been one of the leading examples in the industry, and unlike so many other artists from the ‘90s, Tech N9ne has managed to stay relevant by constantly dropping highly rated albums and consistently working with mainstream artists. He has expanded far beyond music into the world of breweries and acting.

IT GOES UP TOUR TICKETS CAN BE PURCHASED HERE

The Spill Magazine is a Toronto-based online publication dedicated to covering the independent music scene with a strong focus on our thriving hometown talent. Our writers bring you up-to-date news, in-depth features on musicians and reviews for the latest CD releases. We also travel to the front lines for all local festivals including Canadian Music Week and North by Northeast. Don’t forget to check out our Facebook and Twitter pages for all daily Spill updates.
RELATED ARTICLES
2 chainzfeaturesstrange music
7.0