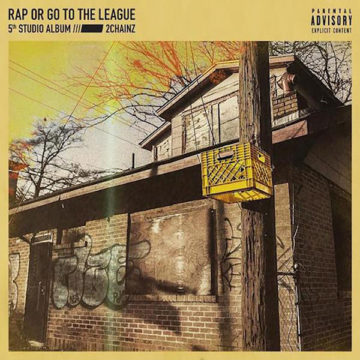 2 Chainz
Rap Or Go To The League
Universal

Chainz has released his fifth studio album, Rap or Go to the League. With 14 songs and guest appearances from Young Thug, ChanceTheRapper, Kodak Black, Travis Scott, Ariana Grande, and Lil Wayne, 2 Chainz is able to deliver a decent album.

Compared to his last projects, 2 Chainz gets more personal on this album. Although 2 Chainz does not abandon his unique trap sound, he touches upon more concepts than money, women, and fake friends. Songs such as “Threat 2 Society”, “Forgiven”, and “Sam” discuss such things as poverty, problems with his daughters, death, and tax issues. Songs like this show a new side to 2Chainz that most people have not really seen before.

Despite the album addressing different themes, 2 Chainz’s rap style has not changed as much. Throughout the entire project, he does not try any new flows or styles that have not been heard before.

The quality of the features varied. Features from Travis Scott, Lil Wayne, and Ariana Grande were really good and even outshined 2 Chainz at certain moments. However, the features from Kodak Black, ChanceTheRapper, And Young Thug seemed out of place and did not fit the song. As a result, the album was unimpressive at moments.

Overall, 2Chainz’s album was good but undelivered at moments.

I'm a just lover of hip-hop and photography who grew up in Ajax Ontario. Through this platform I hope to share my opinion on the world of rap and bring a new perspective to new upcoming acts, artist, and the music scene. In addition to being a lover of hip-hop, I love to capture photos of these artist in the mean while.
RELATED ARTICLES
2 chainzalbum reviewalbum reviews