SPILL FEATURE: WHY ANYTHING? WHY THIS? – A CONVERSATION WITH CARL MARSH OF SHRIEKBACK 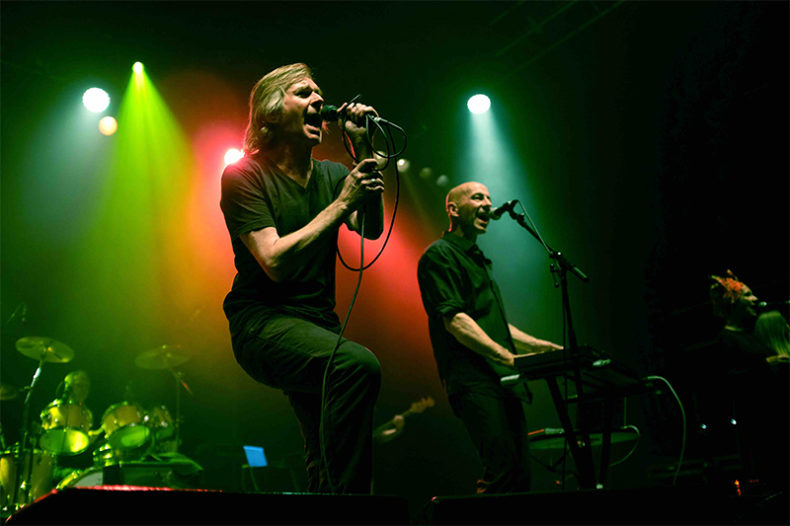 WHY ANYTHING? WHY THIS?

A CONVERSATION WITH CARL MARSH OF SHRIEKBACK

In 1981, Barry Andrews and Dave Allen formed Shriekback. Carl Marsh joined the duo, and shortly thereafter Shriekback formed Y records. It was through Y Records that they released their debut EP, the classic Tench, in 1982. This was followed in 1983 by their debut album, Care. Shriekback were on their way.

Now, in 2018, Shriekback are back with their first studio album since 2015’s Without Real String Or Fish. As with that album, the line-up is Barry Andrews, Carl Marsh and Martyn Bakerr (drums) who has been working with the band since 1984 providing loops and drums. Allen left the band in 1986. Shriekback became a collective, of sorts, based around the trio of Marsh, Andrews and Baker.

The new album, Why Anything? Why This? has some trademark Shriekback moments, but the band continues to grow, experiment and develop. It is three albums worth of Shriekback coming back together. “We were all more involved with this one than the album before last,” says Carl Marsh during our recent conversation. “Everyone was involved. We went back to the old days, like getting the family back together. We were all throwing things in all the time. Last year, there was a decision to get back together as a live band, which has resulted in this album which is more of a collaboration. It is so good to hear Martyn playing live drums again.”

The band has never really broken up, although members have come and gone throughout their 30 year plus history. But the core trio have completed a tour in 2017 and now this new album. “We are three guys who have been playing together for 30 some years. We don’t think about Shriekback’s history. We don’t think about if we can or can’t do something. The new album features songs of what you would expect from Shriekback, dark and moody stuff, but also a playful quality that we do so well. 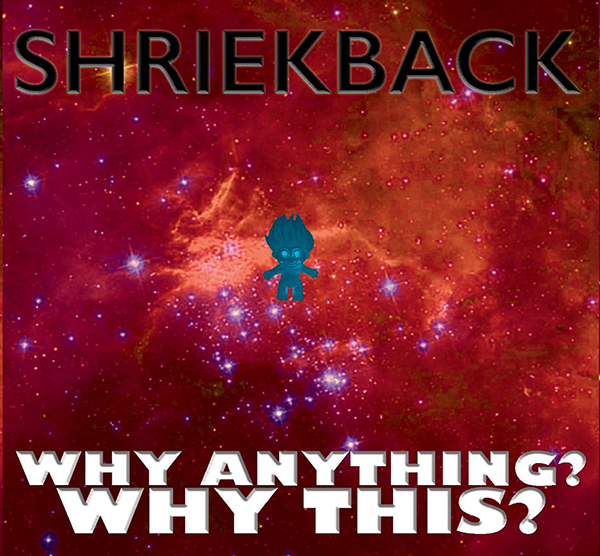 PRE-ORDER WHY ANYTHING? WHY THIS?

“With Shriekback, we are all very direct, that family thing. You know we will say that was brilliant or that is shit,” laughs Marsh. “But we don’t sit down and think ‘oh, we have to do something bigger than the last album’. We have loads of ideas and we don’t recreate anything we have done before. Get us in a room, something good will happen.”

Shriekback have had their major label record deals, but their roots are in the indie scene. Their first releases were on their own label, and Why Anything? Why This? is being released independently as well. “We are working in different ways these days. We are not 22 years old. We have ourselves a bit of time to see what happens when it happens. I have always been someone who functions with a deadline, but it is nice to record everything in one day because you are in an expensive studio. But when you are independent, there is a danger you will never finish the album. A friend of mine said to me that ‘you never finish an album, you just abandon it at some point’. There is some truth to that.”

The last Shriekback tour proved to be somewhat ambitious for the band, although it was a critical and commercial success. Fans’ reaction was more than positive and it proved to the band that they had made the right decision. “We had put together an eight piece to deliver anything we wanted from the catalogue. It sounds like a great idea, but the practicalities of getting and on the road was a bit ambitious. But the Kickstarter campaign was perfect. It gave our loyal, and quite possibly mad fan base, the opportunity to support. Our last show of the U.K. tour, at The Shepherd’s Bush Empire was so great and to be back there with this group  and people singing along, just great. A live album of that show would be great to get out.

“We have not made any plans for touring with the new album. We do have a couple of European dates in August. But we have been thinking of doing something, just the three of us, maybe something more of an improv nature. We are always looking at new things all the time, this is what we do.” 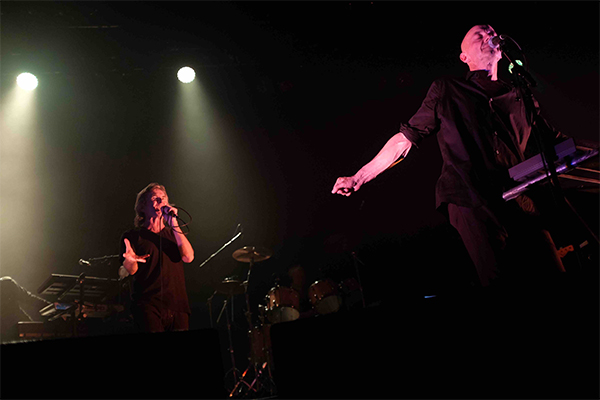 Preparing for the tour had its own challenges as well. “We had to relearn a lot of the older songs. If you are in later ’50s, you go back and listen to what this guy was on about at 22, you wonder what was going on. We also get worried about being our own cover band, “ Marsh laughs.

Shriekback are used to being an independent band, but a lot has changed since 1981. “The music business today is great. I remember when Punk happened in the U.K., and lots of bands who could not get a record out went down to an eight track studio to make a record. That was a good thing, but there was also loads of shit coming out. It’s like that today, there is a lot of stuff out there and I think that’s great, because a lot more gets heard. You can make a record  for not a lot of money and use the internet. It costs you nothing, but the music industry is still in a state of flux.”

The music industry may be in a state of flux, but Shriekback are not. They continue to astound, and produce new and very original music. They don’t simply rest on their laurels, but rather keep exploring. Marsh even gets to play slide guitar for the first time on the first single “And The Rain”. “That had an odd way of fitting onto the album,” relates Marsh. “We were close to being done and then Martyn sent me the grooves. It was a bit late, but I gave them a listen. He actually had a three minute demo completed. Before I had heard the whole thing I had the chorus written, we did some work on it, there is a lot going on on that one. Then I thought it could use some slide guitar, which I have never played. So I am looking through my phone book looking for someone who can play and I thought I could learn and do it myself. So I did!”

The three core members of Shriekback are back, a new album coming very soon (Why Anything? Why This?) and more to come. This is a band who continues to rediscover the joy of playing together and producing music.

Features
and the rainbarry andrewscarecarl marshdave allenfeaturesmartyn barkershriekbacktenchwhy anything? why this?without real string or fishy records
and the rain, barry andrews, care, carl marsh, dave allen, features, martyn barker, shriekback, tench, why anything? why this?, without real string or fish, y records
About the Author
Aaron Badgley

Born and raised in Whitby, Aaron discovered music through his love of The Beatles. This led to a career in radio, writing for various publications, and ultimately a radio show about The Beatles (Beatles Universe), which ran for over four years. When not immersed in music, Aaron enjoys spending time with the loves of his life -- his wife Andrea, and daughters Emily and Linda (all of whom have an intense love of music too).
RELATED ARTICLES
carecarl marshdave allen
8.0

by Aaron Badgley on March 7, 2017
David Bazan Care Undertow This is an interesting album, with an even more interesting title.  Care.  Simple, but also direct, almost an order.  The theme of this album, spread throughout the [...]