SPILL FEATURE: WHEN YOU DRAW A CIRCLE YOU CAN BEGIN ANYWHERE – A CONVERSATION WITH STEVEN LAMBKE 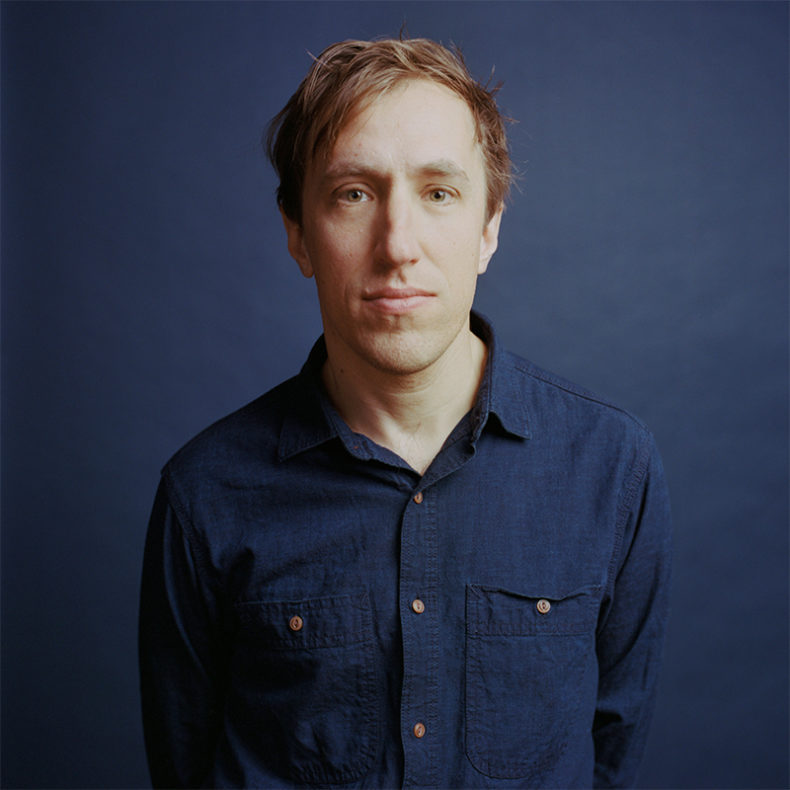 WHEN YOU DRAW A CIRCLE YOU CAN BEGIN ANYWHERE

A CONVERSATION WITH STEVEN LAMBKE

Steven  Lambke is a very talented individual. He is a writer, poet, musician, producer, performer and label owner. While attending University of Guelph in 1997, Lambke played in a band, Captain, which joined forces with another band to form The Constantines, in 1999. The Constantines would go on to release four studio albums, which were well received commercially and critically.

By 2006, Lambke branched out on his own, under the name Baby Eagle, which involved the wearing of masks. Under Baby Eagle, Lambke released four studio albums.  Now, in 2019 he has released his second solo album under his own name, the album, Dark Blue, his first solo album since 2015’s Days of Heaven.

“There came a time when my own name felt more comfortable than Baby Eagle,” says Lambke.  “There is performance going on, there are masks, there is character – but the mask of my own name fit better than that of Baby Eagle!”

The new album, Dark Blue, is an album in which the theme of mortality comes to the light quite often.

“Acknowledging death as a part of life is not to celebrate death or to brood over its onslaught. I would think that in the effort to write something true, death inevitably appears in some form. All that being said, I think the mortality being thought over in this songs is not so much that of an individual, but over a shared understanding of the eternal. Nature, the collection of all forces outside of the individual, was previously experienced as nearly eternal. Seasons happened with variation but in expected patterns. Populations of plants and animals renewed themselves. All of this is breaking down. We truly don’t know what is coming, or how bad this era of extinction we have instigated will be. We don’t know what will be lost. We have lost that sense of the eternal or the ever-renewing that we had previously measured our own lives against. That void is a kind of death.”

The first song on the album and the first single, “Firework” stands out from the rest, both in its sound and its lyrical content. It is a brilliant opening and introduction to the album. 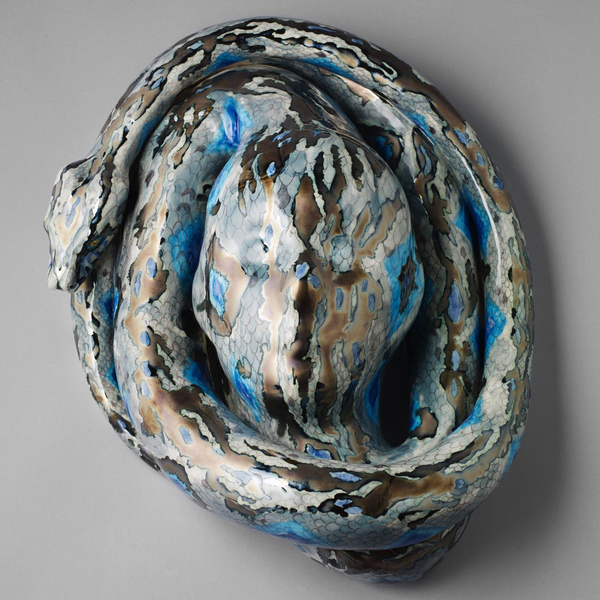 “This one was written very, very quickly. I was following the rhyme and the language into the song. It was only tangentially a part of this group of songs in my thinking going into the recording. It was the last one we did when everything else was finished. It’s funny to think that, as now I see how much it introduces so much of the viewpoint of the songs: repetition and ritual as an act of human creation, the intersection of linear understandings of time with circular time, the return to a beginning point that both is and isn’t the same as when you left it.”

Dark Blue’s origins, as an album, are somewhat different that his previous album.

“Always working, always writing, always thinking about songs; eventually there’s enough that seem to be in conversation with each other and you ask your friends if they will play them with you and you figure out the where and the when of how you will record them. And then going through that process you test and examine the songs and they test and examine you and hopefully enough of it all works out that you can make a coherent and exciting collection out of it. Having made a bunch of albums, I can say that I do get excited about the particulars of grouping the songs together – I like the interactions and echoes and conversations that can happen within a body of work.”

Either solo or with Baby Eagle, Steven Lambke has always come up with some very creative and distinct album titles, which often reflect the meaning or the theme. I asked Lambke if that was the case with the title of Dark Blue.

“Sometimes titles come easy, or they are part of  project from very early in the process – this record was not like that. It tried on a few different titles and in the end Dark Blue was the one that fit the best. The songs were written with a much more visual mind than I’ve written with in the past – there are a lot of images in the lyrics, things happening, events and interactions – so I think the title is appropriate. It keeps it all in the visual realm.“

As with Days Of Heaven, Dark Blue as an interesting album design.

“Both Dark Blue and Days of Heaven have sculptures by Shary Boyle reproduced on the covers. Shary is an amazing artist and radically generous in her support. ‘Swallow’, the piece pictured on Dark Blue, evokes for me some of the themes of cyclical time, death and rebirth, that the songs engage with. There’s several mentions of masks in the lyrics. In one way the predator could be seen as a mask for the life of the prey. If you only see that event, the one of being eaten, you do not see the life in its totality and complexity.”

Lambke is performing a few dates in support of the album, but a full tour has not yet been scheduled. Steven Lambke live is an experience one should not miss. He is entertaining, he tells great stories, and re-imagines his music in a very strong manner. In the meantime, we are fortunate to have his new album, Dark Blue, which is one that will no doubt be on my turntable for the year.

Born and raised in Whitby, Aaron discovered music through his love of The Beatles. This led to a career in radio, writing for various publications, and ultimately a radio show about The Beatles (Beatles Universe), which ran for over four years. When not immersed in music, Aaron enjoys spending time with the loves of his life -- his wife Andrea, and daughters Emily and Linda (all of whom have an intense love of music too).
RELATED ARTICLES
dark bluedays of heavenfeatures
9.0