SPILL FEATURE: WHEN DRUMS CONDUCT – A CONVERSATION WITH JACOB ARMEN 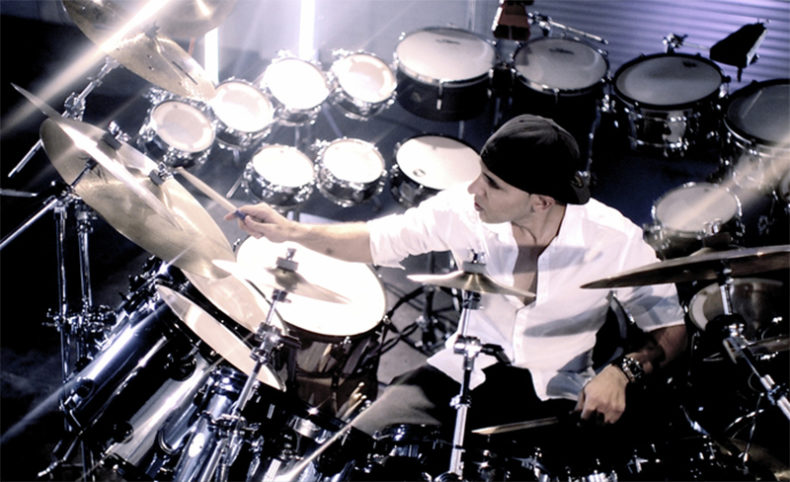 A CONVERSATION WITH JACOB ARMEN

On September 8th of last year, drummer extraordinaire Jacob Armen released his latest album, When Drums Conduct. The album is an ambitious undertaking which sees Armen collaborate with well over eighty musicians – most notably including Daron Malakian, Poncho Sanchez, Victor Wooten, Djivan Gasparyan, Patrick Moraz, Tina Guo, USC Marching Band, and Lark Choir – as he seamlessly blends elements from rock and metal with world, jazz, and classical music, placing his monumental, larger-than-life drumming at the forefront. When Drums Conduct is a truly stunning display of musicianship that is as exceptional as it is purposeful and inspiring. 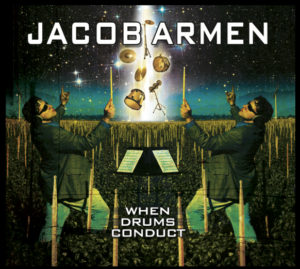 Speaking with Armen on the project, he describes When Drums Conduct as just the next step in his progression as an artist: “Aside from dedicating this album to my pops, I did it for the art; I dedicate it to the art of rhythm, the art of music, the passion, and love for what I do”. Like his latest album, Armen credits his immersion in music of all genres to his father, recounting that, “when I was eight months old, my dad had me tapping the downbeat without losing the count… There are videos of me playing along with him – everything from jazz to latin and rock – but I don’t share them ‘cause I’m in my diapers”. This led to an unshakeable passion as a musician. Armen would perform on The Tonight Show at the age of seven, along with showcases on ABC’s Good Morning America and NBC’s Today.

Armen would then be signed to Prince’s Paisley Park Records at the age of ten, where he would release Drum Fever, which featured performances from Alphonso Johnson, Alex Acuña, Freddie Ravel, Larry Steelman, Eric Leeds, and CSUN’s 17-piece Jazz ensemble. In Prince, he found a similar passion, one which was not confined to any stylistic expectations, stating, “I learned a lot from him. I can’t be more grateful for him, we were both so against being labeled and he let me do whatever I wanted to do. It really set the tone for what I’m doing now. It’s great that I was able to explore that expression and creativity at such a young age, and I can’t thank him enough for giving me that opportunity”.

When going through his biography, suddenly When Drums Conduct feels like the only logical step; however, the project has consumed Armen for years. “I had a vision for it,” he says, “it was a big vision, no doubt about it. When it came down to it, I had to chart everything for all the musicians, and everything in recording and compositions was grand. It was great. Then it came time to the post-production – everything had to sound just right and making that so was madness. I had to wear lots of different hats as a performer, writer, and producer”. Speaking of the many collaborations across the album, Armen highlights his work with System of a Down’s Daron Malakian on “Rome (pt. I, II)”, observing that “you don’t often hear him like that and the way it just came together was very special.” He also praises bass virtuoso Victor Wooten on “Anything Goes” for contributing to the song’s organic nature.

When Drums Conduct is nothing short of a musical masterpiece, a true accomplishment which revels in ambition and a level of musicality that is as organic as it is honed. This is a record which, simply put, will floor any musician and drive them to the practice room. Armen’s performance is stunning and his compositions are brilliant. Speaking about the near future, Armen is gearing up for yet another busy year, reflecting that, “I gave what I can with this record, but I’ve already got some new material in the works along with some performances with a full orchestra which I’m really excited about. There are a lot of things I can’t talk about yet but it’s going to be a crazy year”. If When Drums Conduct isn’t evidence enough, it’s clear that, as an artist, Armen refuses to stay in one place for very long and this record should leave everyone excited to hear where he goes next.