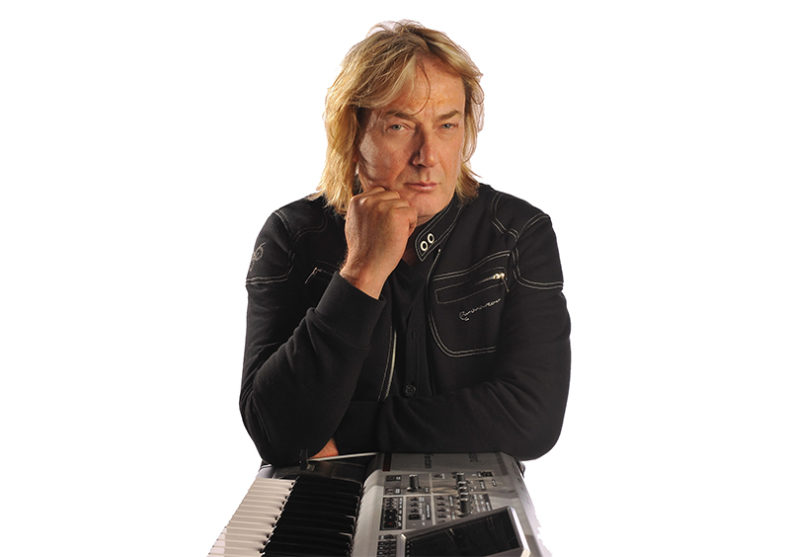 A CONVERSATION WITH GEOFF DOWNES

Geoff Downes is a legend. Not simply because he co-founded The Buggles and co-wrote the profound and foreboding “Video Killed The Radio Star” (from 1980’s The Age of Plastic). He is a legend because is one of the most versatile and talented musicians ever, and he is quite possibly the most prolific. One look at his discography and you will know that Downes has done everything from ‘80’s synthpop to prog rock and all stops in between.

After The Buggles he joined Yes (with fellow Buggle, Trevor Horn) and was a huge part of the brilliance that made up the album, Drama. After Yes folded in 1981, he co-founded the “supergroup” Asia and remained with Asia until 1986 but returning to the line-up several more times. He also formed a duo with John Wetton and released several brilliant albums with him, under the name Icon. Then there was GTR and so many more projects with talented artists. He released several solo albums (well worth searching out) and worked with such diverse artists as The Thompson Twins and Mike Oldfield. Finally, he is listed in The Guinness Book of World Records performing with 28 different keyboards on one stage.

He is currently a member of Downes Braide Association (DBA), who released their third album in November, Skyscraper Souls, to which Downes attested to its quality by stating “Yeah I am very proud of it,” says Downes. “We pulled out all the stops with this one. I am very happy how this one turned out.” 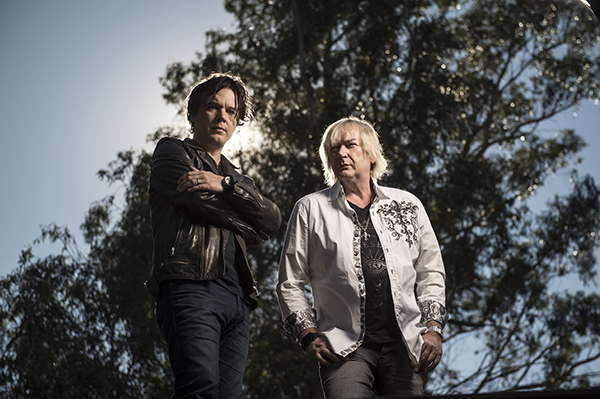 “Chris is based in L.A. and worked with many of the artists. It is a varied line-up and once we got a few on board, more joined. This is our third album together and when it came time to work on a new album we exchanged a lot of ideas and I thought maybe we should make it a bit more special. And it developed into something I’ve not done before,” Downes recounted.

“We approached the first two albums in a more poppy vein. This album gave us the opportunity to stretch out and do something more progressive. Kind of mixing prog rock sound with pop. Prog fans have embraced it and we are really pleased with the reception. Doing something new, keeping yourself as fresh as possible.

“It is not a concept album but it does have a theme to it, it is not just a collection of songs. We did aim to structure the songs like an album for vinyl. We are both huge vinyl fans and we did aim for side one being really just one song (the title track “Skyscraper Souls” with “Prelude”). I like the resurgence of vinyl, it means that people will listen to the whole album and not just cherry pick songs like you can do with CDs or streaming or whatever. You know, I come from the era of composition, and I think of things like ‘Tubular Bells’ and the like.”” 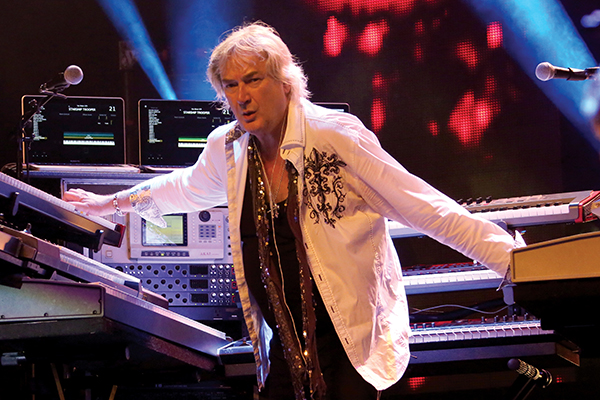 While DBA has Skyscraper Souls out, Downes is actually competing with himself with two other albums. This includes a new live Yes album (Topographic Drama – Live Across America) and a new release from the iCon project he formed with John Wetton (iCon Zero).

“It was very sad losing John, it was a huge blow to me. We had a great writing partnership and from that came iCon. It allowed us to do what we wanted to do, not Asia or anything, just music we wanted to do. The new album is full of great stuff but it is more the completist, it is a Wetton/Downes album. But it is an important album because it demonstrates the early years of forging a writing partnership. It also gives fans a chance to hear John in raw form, a brilliant performance by him. It shows fans where Asia came from and how it all came together.”

2017 also saw Downes joining Yes for a tour performing the Drama album in its entirety plus well known and some lesser known Yes songs.

“The last couple of Yes tours, I tried to mix it up, so on this tour we did Drama, which is a nice change from “Roundabout”, nothing wrong with “Roundabout”, but it is nice to dig up some other material.”

Downes found himself facing music that he had not performed live for over 35 years.“The music is buried in my psyche, I mean some of the technical stuff and recreating the sounds from that era. Old analog sounds can be replicated, I found Wakeman’s stuff from the Tales album a big challenge. I wanted to craft the right sounds.” 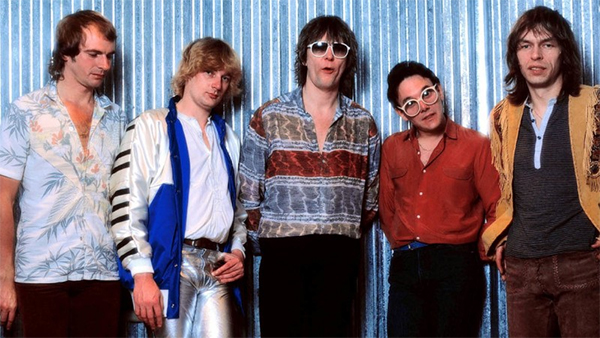 For Downes, as much as he loves touring with Yes (and he said repeatedly how much he loves those tours), DBA allows him an outlet for his creativity. “Going out with Yes, you have to make a conscious effort to concentrate on the hits, it is very hard to take the new album out on tour, so you deliver the hits. But DBA allows me an opportunity to something totally new and allows me to be creative.

“But I would like to do some live dates with Chris (DBA). We have three albums out now, a big span of material. Maybe we will restrict it to a few dates, I would like that.”

Downes is one busy artist with Skyscraper Souls, iCon Zero and Topographic Drama – Live Across America (Yes) all having been released in November. All the albums are brilliant, may appeal to different audiences and all three are welcome additions to his catalog and history. He is a legend. And while we were talking, he was mentioning new material he is working on, more to do with DBA and perhaps another Yes tour soon.

“I consider myself very privileged for working with some of the greatest musicians who have ever come out of the U.K. I have written with brilliant musicians, and with Chris, continue to do so. But it is a great privilege and it has provided me the opportunity to perform an enormous amount of great music. And, more great music coming out in the future.

Born and raised in Whitby, Aaron discovered music through his love of The Beatles. This led to a career in radio, writing for various publications, and ultimately a radio show about The Beatles (Beatles Universe), which ran for over four years. When not immersed in music, Aaron enjoys spending time with the loves of his life -- his wife Andrea, and daughters Emily and Linda (all of whom have an intense love of music too).
RELATED ARTICLES
asiadbafeatures
7.0