SPILL FEATURE: THE NECESSITY OF THE CANADIAN SUPERGROUP – A CONVERSATION WITH BONDS OF MARA VOCALIST BRIAN BYRNE 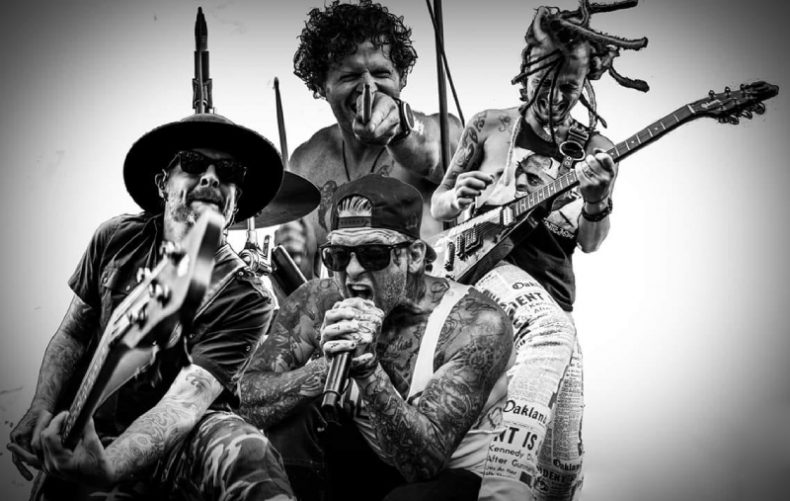 THE NECESSITY OF THE CANADIAN SUPERGROUP

A CONVERSATION WITH BONDS OF MARA VOCALIST BRIAN BYRNE

Bonds Of Mara is the latest band on the verge of taking the Canadian rock scene by storm. Consisting of vocalist Brian Byrne (I Mother Earth), guitarist Sal Costa (My Darkest Days), and bassist Dave Benedict (Default). Bonds Of Mara released their debut single, “Lights Out,” earlier this summer to much acclaim and excitement from the local industry.

There were no set plans for these musicians to get together; everything seemed to just fall into place. Byrne explains, “I had met Sal a few years ago.We were doing a run together with his band, My Darkest Days, and Nickelback, when I was with I Mother Earth. We chatted, he seemed like a really nice cat and I liked his playing. We hadn’t really talked since 2012 but more recently we both posted something on a thread on Adam Gontier’s Instagram and we started talking about playing some music together.”

“We seem to have the same outlook on things,” Byrne continues. “We almost felt a little done with the industry, a little bit jaded, kind of like a caricature of an old rock guy. We wanted to return to playing music for fun, having a laugh with it, and not taking ourselves too seriously.”

“I hate to use the word organic. I feel it’s overused and gratuitous… but it was very organic,” Byrne tells me, referring to the writing process behind “Lights Out.” As a result, the track is an explosive debut single that is both gritty and very catchy. While certainly fresh and modern, it’s nostalgic for the hard rock of the late ‘90s, with Byrne taking lead on a hard-hitting vocal delivery.

Byrne explains that after writing for a few days in Ontario, the band went out to Vancouver: “We spent a few days in the studio, we demoed three songs and it just came together really quickly.” 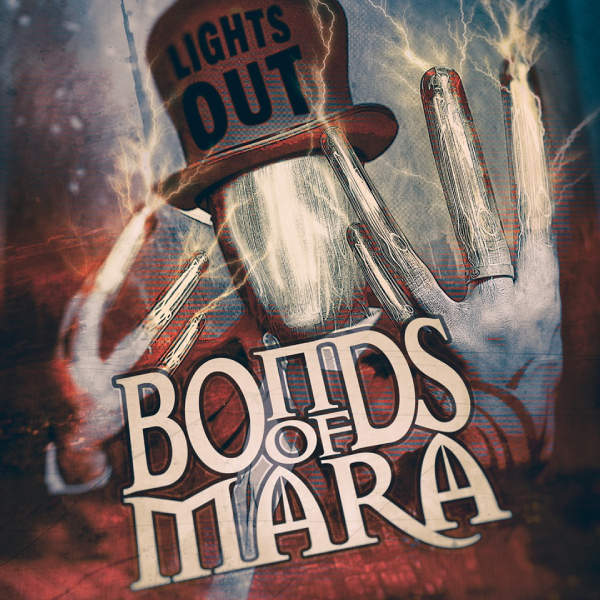 “I think spending some time away from it all helped us bring it together because we were so inspired and excited to be back at it,” Byrne admits. “We have a similar vision, not only in music, but in our family life. Wanting to keep the negative things out, doing it for the right reasons – or certainly what at least inspired us at first – and to have fun with friends.”

It then seems fitting that the band’s name has roots steeped in Buddhist ideology. With Mara being the demon who attempted to sway Buddha from his path to enlightenment, the Bonds Of Mara stands as this idea to not be held back by negativity and to bring forth something positive to the world.

Speaking on the challenges of starting a new project in 2019, Byrne tells me, “Because it’s comprised of guys who have done this thing before, there are two camps. There are people who are like, ‘Whoa this could be cool,’ and the other people who aren’t a fan, either because they don’t like some of our past work or think we shouldn’t be together. It’s a challenge for sure.”

He continues, “I think, in the past, supergroups were these big things that people got excited for, but now it is almost a necessity for the artist because, unless you’re selling out stadiums, it is very hard to support yourself with one main project anymore. It’s tough, especially for rock bands.”

Moving forward into the next year, Bonds Of Mara are hoping to continue to release more singles and play more shows. While there are no release dates announced as of yet, Byrne sounds excited for the coming year. “It’s just about staying true to ourselves,” he says. “I can’t stress it enough. It can happen really quickly where it isn’t fun anymore, and then it just doesn’t make sense.”

That being said, if “Lights Out” is any indication, Bonds Of Mara are at their best when they’re kicking back, having a good time.

A passion for music has always been a part of Gerrod’s life. As a young boy, he was raised on a steady diet of the music from The Chili Peppers, Aerosmith, The Stones, Prince, and others from his mum. Raised in the GTA, Gerrod continued to foster his love for music by attending a wide range of concerts and learning the drums. His unapologetic passion for music has no bounds and has spread to a wide variety of styles, whether it be the 90’s rock that sound tracked his teenage years, the jazz he studied in university, or his newfound love for hip-hop. He recently received his bachelors in music and education from York University and is passionate about writing and reviewing good (and less than good) music. Gerrod is also the drummer and songwriter for a Toronto based rock & roll band, One In The Chamber.
RELATED ARTICLES
brian byrnedefaultfeatures