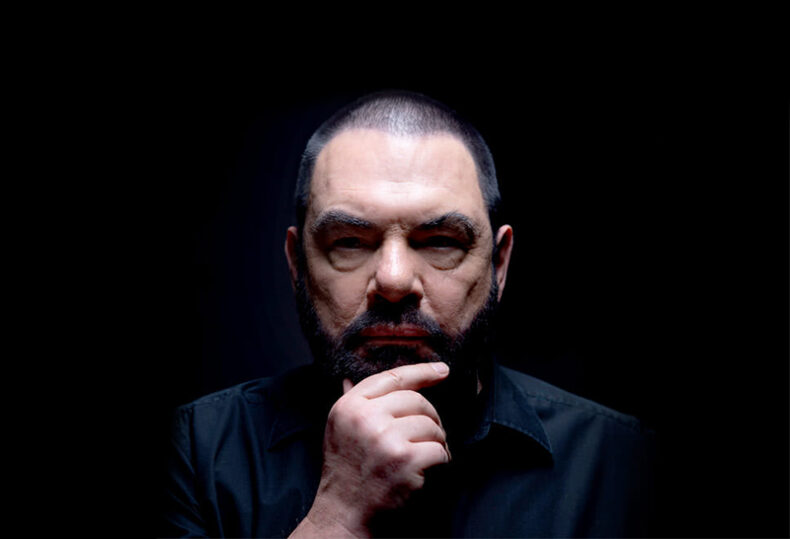 THE BUBBLEGUM EVENT THAT NEVER HAPPENED

A CONVERSATION WITH MARIAN GOLD OF ALPHAVILLE

In May of 1965, the brilliant film director, Jean-Luc Goddard, released a film, Alphaville,  that combined the genres film noir and science fiction, which produced a rather depressing glimpse into the future. Little did he know that three musicians in Germany would adopt the title for their name and produce music that helped define a genre. Alphaville, the band, came together in Münster in 1982, although two of the founding members, Marian Gold and Bernhard Lloyd had met the previous year in Berlin. Along with Frank Mertens, Alphaville was soon launched with their debut single released in 1984, “Big In Japan” which made number one in Germany. It also made the top ten throughout Europe and the U.K. I recently had the opportunity to talk to Marian Gold about Alphaville and the new album (Eternally Yours). He recalls writing the first song for Alphaville.

“To be honest, “Big In Japan” was the second song I wrote. The first song was called “A Bubblegum Event”. Unfortunately the song did not survive, but it was a story about a sniper in a devastated, post-apocalyptic area and he thinks he is the last being on earth, and suddenly someone comes into sight. He has to decide whether to kill this person or not,” Gold laughs. “We were always ambitious about our stories.”

For Gold, writing music was always the goal and his love of music helped form his ability to compose and front an incredible band.

“For me, it was a wondrous moment that we were able to create songs ourselves. It was the greatest thing that had happened in our lives so far because we came from an area where we were fans of music and we had never thought we would be able to compose our own music. And then suddenly there was a technological revolution, where we had all these toys like synthesizers, drum machines and sequencers, and we could put ourselves in the position of creating music. Without this technology, we would never have existed. And from the beginning, we wrote our own compositions, we never covered artists we loved. We carried on admiring them but we made our own music.”

And here, nearly 40 years later Alphaville not only continue to have a huge following and can be heard several times a day on radio, but they have a new album, Eternally Yours, set for release (released September 23, 2022). Eternally Yours is a brilliant album, allowing Marian Gold to look back on Alphaville’s career and present their music in a new light, although the idea has been with him for a great many years.

“We’ve been playing with this idea for quite a while and it is one of those ideas, you know there are those ideas that you postpone and postpone. You think it is a great idea, and one day you are going to do it, but for some reasons, this idea is so big and so important, you need perfect preparation for it,” explained Gold.

But the inspiration for the idea comes from one of those bands that Gold admired in his youth, Deep Purple.

“As a teenager in 1971, I was listening to a Deep Purple album. I had never listened to Deep Purple up to that point, but I was listening to Deep Purple In Rock, and I was blown away. I knew the band had existed for a number of years, I wanted to hear more of their albums. The next album I bought was this album they did with a symphony in London. I just bought the album and put it on the record player, what I got was a completely different thing. Because I loved the band so much, it was an overwhelming moment because I was not prepared for this and it opened so many doors inside my soul. And I thought, ‘how can a band that does like Deep Purple In Rock and then do something so completely different but still the same band, same identity. I found this idea completely fascinating. It was the first time I was thinking it would be working as an artist with an orchestra. It has been an idea that has followed me for all of these years.” 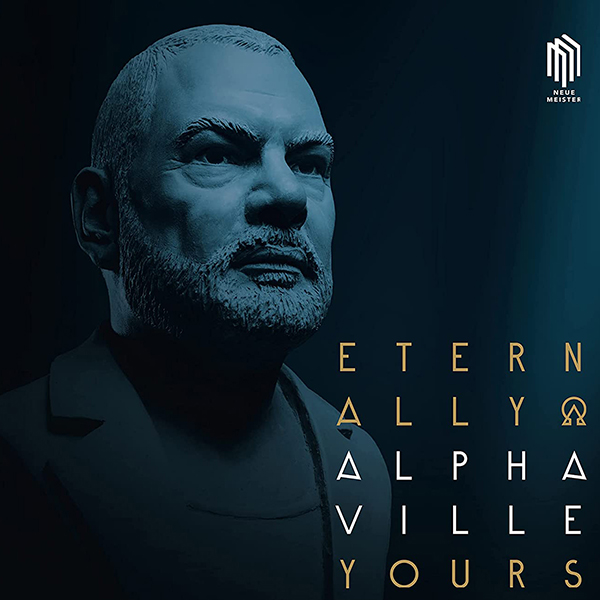 But it is pointed out to Gold that he is an influence on many young bands himself. The Killers, for example, have name-checked Alphaville. And he has an understanding of paying tribute to the artists who come before.

“It’s a great compliment, and we try to answer to these compliments by doing our own covers in concert. For example, once we did a cover of the first song I had ever heard by David Bowie, “Five Years”. That was an important moment that changed my life completely. I came back from holidays to school and this girl, she was the daughter of the Iranian Ambassador, and she  had brought the record from Iran, and at that time it was Persia, and she brought the David Bowie album and she gave it to me and told me to listen to it. I put on the record in my study in school and from the beginning of the drum beat, and then out of the blue comes this piano chord, and then the voice. I knew the rest of the album would be great. We all have moments like this, from the first note, you know it will be absolutely amazing. I was confronted with a person who seemed to come from another planet. The voice, unlike any voice I had heard before. It changed my life.”

All of this music has been a big part of Gold’s life, and now he had the chance to revisit some of his classic songs.

“It was really strange. We had not thought of it beforehand. There were so many songs that were possible candidates for the album, because they are all, in a way, our children. It was hard, quite hard. For instance, is it “Summer In Berlin” or “Fallen Angel”, so we went with “Summer In Berlin”.  But from the very beginning, the goal was not the band, the orchestra is the star of this production. We wanted the orchestra to play Alphaville material, so then the material developed into something different by itself. It made the songs sound different from the originals, because the difference is what counts, it gives the listener a new experience.”

And revisiting the songs was a bit problematic in a way for Gold, as a lot of the songs he had not sung since he originally recorded the album.

“Suddenly there were songs we had never played live. I haven’t even heard them for years. When I record an album, besides the ones that go into the setlist, the rest of the album disappears into the horizon of my imagination. Some of the songs I haven’t heard for 20 or 25 years or even longer. So being confronted with those, we worked them out, interpret them in a different way. It was quite adventurous and wondrous in some ways.”

And Gold and the band have come up with a new song for the album, the title track, “Eternally Yours”.

“It is a new song we wrote especially for this project. The song embraces the whole project and for this reason we wrote a completely new song.”

Gold has very basic hopes for the album.

“Good entertainment. Whatever more they take out of this, great. Songs are made for things like this, people who listen associate different ideas and certain subjects but the first thing is entertainment. If they get something out of it, fantastic!”

Gold recalls filming the original video for “Forever Young”, which was filmed at an abandoned asylum in London. For Gold he remembers an amusing moment.

“While we were filming…when we recorded “Forever Young”, twelve months before that we were just a bunch of dirty punks and nobody knew us and then out of the blue we were superstars. We were from zero to the stars. It was like a movie. During a break I walked to the other parts of the building and I was wandering through these empty rooms and I wondered if I was probably mad myself and imagined all this. Other people think they are Napoleon, and I think I am a star. Maybe I am just mad, and I have dreamed all this. It was an interesting moment.”

Born and raised in Whitby, Aaron discovered music through his love of The Beatles. This led to a career in radio, writing for various publications, and ultimately a radio show about The Beatles (Beatles Universe), which ran for over four years. When not immersed in music, Aaron enjoys spending time with the loves of his life -- his wife Andrea, and daughters Emily and Linda (all of whom have an intense love of music too).
RELATED ARTICLES
alphavillebernhard lloydfeatures
8.0