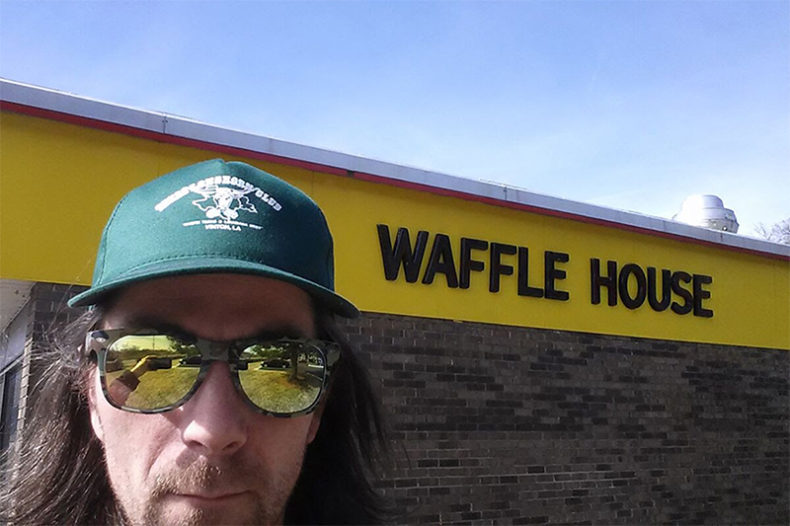 SPOOKY ACTION OUT OF A BROOKLYN VACUUM

A CONVERSATION WITH JASON LOEWENSTEIN (SEBADOH)

Jason Loewenstein is getting set to release his second solo album, Spooky Action, on Joyful Noise Records on June 16, 2017.  His last solo album, At Sixes and Sevens was released 15 years ago.  But don’t be mislead, he has been busy, just not recording solo albums.

He has been extremely busy with two bands that do consume a great deal of his time.  Jason joined Sebadoh in 1989, and by the mid 1990’s was a major contributor to the band.  Keep in mind Loewenstein can play most instruments and can write.  While being a member of Sebadoh was not enough to keep him busy, he began some side projects.  By 2005 he was recruited to join Fiery Furnaces, again, as a major contributor to the band.  Meanwhile he was working as a session musician on several albums and live gigs for others and he engineered several albums. 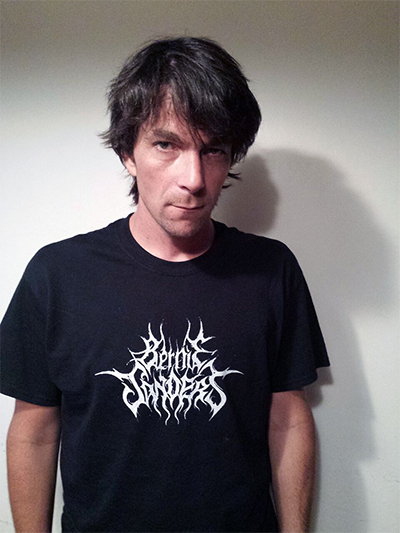 He also has a 20 year old pet pot bellied pig, Emmett, which demands a great deal of his time.  “He was an orphan rural pig when we got him in Louisville.  Now he resides with me in Brooklyn and he is a city pig.  You know, there are several dog walkers in this city, but it is really hard finding a pig walker,” Jason laughs.  “You have to be patient with a pig and let him think everything is his idea.  He does not like to be told what to do.”

But over the past few months, with a break in both bands, Jason had some time on his hands.  He set up a home studio in his Brooklyn apartment and began writing and recording what is now known as Spooky Action.  Setting up ‘stations’ (i.e. a drums area, a bass area, guitar area) allowed him the structure to record the album, with Jason playing all instruments, producing and engineering it himself.  As Loewenstein says, he “made it in a vacuum”.

Working evenings and weekends, Jason assembled the album over a month and a half.  He did have the skeleton of three songs when he started, but the rest came as he recorded.  For Jason, working in a vacuum can present its problems, such as sharing the album for the first time with others.

“I can be a bit of a control freak, it is my album, so when Karl Hofstetter (founder of Joyful Noise, the label for which Sebadoh records) approached me about releasing it I thought it was a great idea.  We have a great working relationship and Joyful Noise puts out the highest quality records.  We did argue a bit about the cover, but in the end he was right and he just wanted the record to look good.  His heart is always in the right place.”

Even though he has been busy, 15 years is a long time between solo records.  The first solo album, At Sixes and Sevens (released on Sub Pop) the album did not receive the attention it deserved, and the accompanying tour was not a positive experience for Jason.

Along with the solo album comes plans for a solo tour.  Although Jason likes the studio environment more (“I love being in the studio.”) he is preparing for the tour, which will include songs from all aspects of his career, including some Sebadoh and Fiery Furnaces material.  But he may do the songs that fans do not often hear. 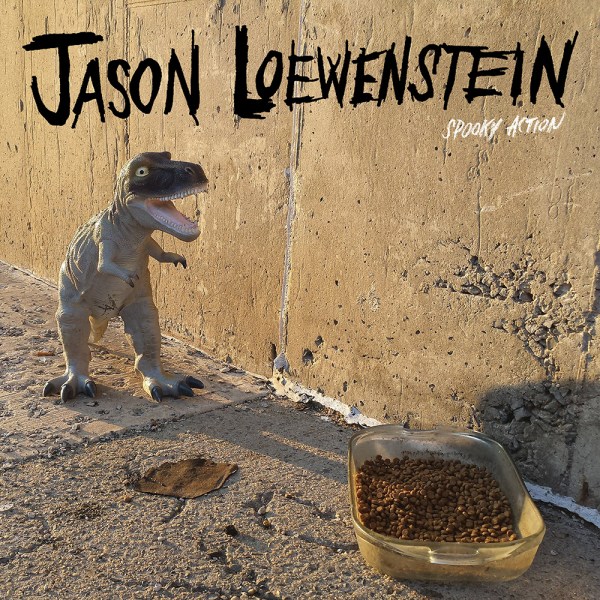 “I don’t feel the need to compartmentalize like other artists do.  I don’t need to break up my career into different compartments.  I am conscious of wearing out an audience and because it is a Jason Loewenstein Band show, I have to be more dynamic and be on.  I can’t rely on Lou (Barlow, Sebadoh) to take over from me if I am having a crap night.  Still playing live is great and I am looking forward to touring and playing shows.  I actually love playing Toronto, great city and Fiery Furnaces always got a great reception there.”

With preparations for the tour, and the album, interviews for the both the tour and the album, all that entails, he is busy.  He is not concerned about how everything will be received by the critics. “I like criticism now, I don’t take it personally”.  He hopes the fans enjoy his new music.

“I am faking it anyway, I just hope no one figures out that I am just a normal dude.”  Jason said when we talked.  The truth is, he is far from faking it, and he does produce and wrote some of the most incredible music over the past two and a half decades.  His new album is stunning, and I think his fans will love what he is doing, and he will gain some new ones along the way.

Spooky Action will be released on June 16, 2017 on Joyful Noise Records.

Born and raised in Whitby, Aaron discovered music through his love of The Beatles. This led to a career in radio, writing for various publications, and ultimately a radio show about The Beatles (Beatles Universe), which ran for over four years. When not immersed in music, Aaron enjoys spending time with the loves of his life -- his wife Andrea, and daughters Emily and Linda (all of whom have an intense love of music too).
RELATED ARTICLES
featuresfiery furnacesjason loewenstein