Features
0
124
previous article
SPILL FEATURE: WE JUST WANT PEOPLE TO NOT BE AFRAID TO VOICE THEIR OPINIONS AND SAY WHAT THEY FEEL - A CONVERSATION WITH CONE McCASLIN OF SUM 41
next article
SPILL NEW MUSIC: WELCOME CENTER - "IS THIS ALL THERE IS?" 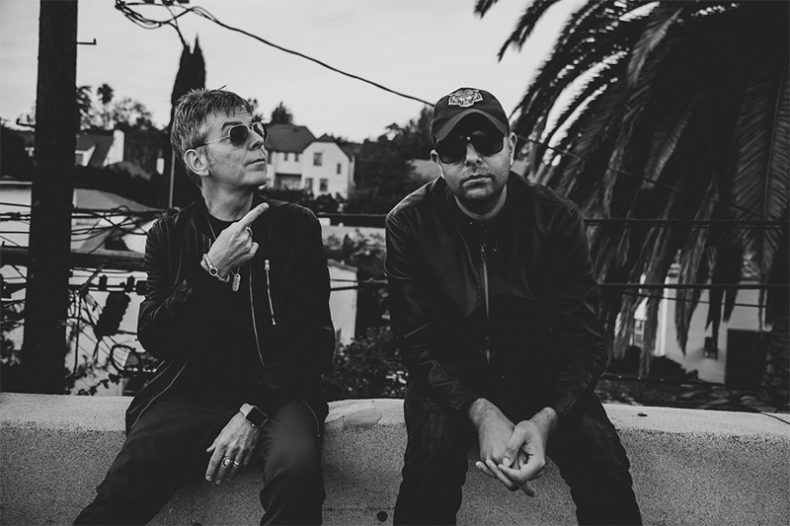 A CONVERSATION WITH ANDY ROURKE & KAV OF BLITZ VEGA

Supergroup is a term thrown around a bit too freely, but for Blitz Vega the term is very appropriate. The band features two well-respected superstars in the music industry: Andy Rourke, formerly of The Smiths and D.A.R.K., and Kav Sandhu (a.k.a. KAV), formerly of Happy Mondays. Both have played with numerous other artists and have each had very successful DJ careers. Together they form Blitz Vega. They are serious about having fun while getting back to the fundamentals of rock and roll.

The two met a few years ago and as with most bands, the meeting led to a friendship as well as a musical partnership. Both renowned artists were more than willing to discuss the formation of Blitz Vega. KAV gets the ball rolling as to how the two came together.

“I am a little bit younger than Andy,” says KAV. “The Smiths were one of my favourite bands. When I was 16 or 17 years old, I was in a band in my hometown, Leicester… [we were] a new band and we were playing in Manchester. Andy, members of Stone Roses, New Order, and Oasis were there, which was a really big deal for us. So me and Andy started talking around that time. I had my own festival in London in 2003/2004. I was playing for Happy Mondays and Andy was DJing in the festival and we became friends and stayed in touch.”

“In 2007,” continues KAV, “I was playing with Happy Mondays at Coachella, and Andy was DJing. I was talking about moving to L.A. and he was living in New York and we talked about how it would be great to be in a band together. Flash forward a few years and it actually happened. Andy came over to L.A. again to play in one of my parties. I was putting on these British-themed nights in downtown L.A. and Andy was DJing. And that was it. Next thing, we were in the studio. The whole process was really enjoyable, very natural, and we didn’t overthink things. The whole process felt as if we were in a band for the first time. You know… when you are a kid and you plug in a guitar and off you go. Seemed to have that kind of excitement. That was it, and that is how it all started.”

“KAV’s story is always more on point than mine,” remembers Rourke. “I was invited to see this new kid named KAV. Our paths didn’t cross for years, then I found out he was working with Happy Mondays, and our paths crossed again. We had little conversations about working together in the future. We both moved to the U.S. probably 10 years ago. I was making more and more trips to L.A., and KAV was based in L.A., and that is when we laid down the masterplan. I was working with D.A.R.K. with Dolores [O’Riordan of the Cranberries], which ended abruptly and tragically. KAV happened to have found me at that point to start recording on the album. Initially we started recording a year ago. But it has been going on for a couple of years.” 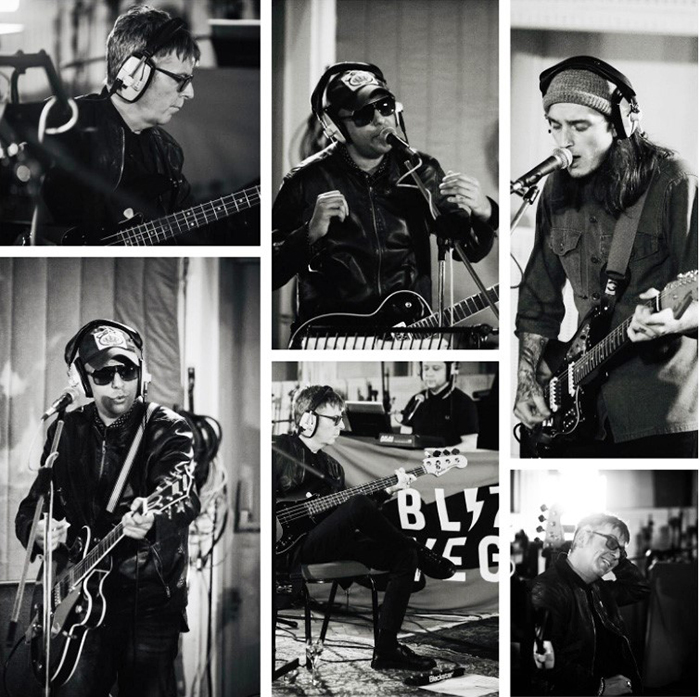 KAV recalls the struggle to find the right name for the band. As many artists have said, the name of the band is very important and sometimes very difficult. “We were talking about band names. We had already started recording, so we had the sound, and we were looking for a band name as we were laying the tracks down.” He continues, “I kept suggesting things to Andy, and he kept saying ‘that’s okay…’ I was thinking that they sounded a bit ridiculous.”

KAV explains, “I was also researching the relationship between Sanskrit and Latin and looking for words that were similar in both languages. Doing some research online, I noticed Vega was a word that was used in both languages in a really positive way. It represented speed, stars, and energy. For me, that kind of described what we were doing in the studio, the vibe of the band. You know, really up-tempo, really explosive. The whole creative part of recording, you know, we just plugged in and it was there. The songs were there, the energy was there… complete utter explosion. That lead to Blitz. Just a description of the sound.”

The two just clicked. Both had the same vision for a band and musical project. According to Rourke nothing was really planned: “That just happened, and I have not had that happen in a long time, well since Dolores. That energy again… It is just there. KAV is so passionate and loves what he does. And me too. The two of us in one room together… we create energy.”

The two found studios in L.A. and set about recording. They have been working hard and have a couple of things ready for release, such as their first single, “Hey Christo.” Both agreed that they needed to get some music out to let fans know what they were cooking up in the studio.

“It has been such a lead up, about a year and a half. We wanted to get something out,” says KAV. “We recorded the EP in L.A. House of Blues Studios was a really great studio to work in and has some cool vintage gear… Things used by The Beatles, The Who, The Stones. Old school vibe to it, equipment by bands we respected a lot. Then we worked in a studio named New Monkey in L.A. where we worked on the mixing desk used for Ziggy Stardust, with some old school gear. We wanted to capture the live energy of the band, capture the live energy on record. Incredibly hard to do – The Smiths did it – recorded live. When you record part by part, you lose something, the spirit or energy.”

“We recorded a live EP, six songs in Abbey Road Studios in Studio Two,” KAV explains. “We did not want to record something and overdub. We brought in the band and recorded as if we were doing a show. We were happy with it, which is rare, because you can be quite critical. We were incredibly happy with the Abbey Road recordings, so we have the live EP as well ready to come out.” 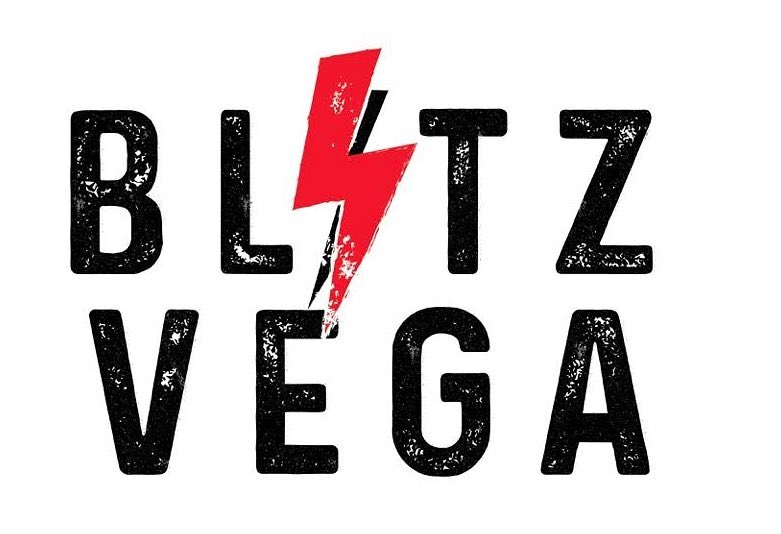 “We just grabbed opportunity,” adds Rourke. “Whenever we got openings for a recording studio or whatever. We have been really blessed… I think there was some stardust! The recording we did in Abbey Road is how they did it in the 1960s. No overdubs. There may be some mistakes in there, but I can hear little mistakes on Beatles records. Stressful day – I had to lay down a few times – but we got through it, the results are amazing, and it will come out. It is basically live, which makes it easier for festivals or something where we play live. That is what we do, back to basics.”

Following the recording at Abbey Road Studios, the band performed live as a unit for the first time at an event, Red Stripe Presents: This Feeling TV, at Nambucca. “Me and KAV were shitting ourselves, and the rest of the band was so calm. We had to go into a dark room, do breathing exercises, and the rest of the band was like ‘yeah, rock on.’ I think playing for smaller audiences is more nerve wracking than big gigs.”

“After the Abbey Road thing, with the band, me and KAV were so pleased with it, we wanted to continue with this band for future recordings,” Rourke explains. “We are even looking at going back on some past recordings and rerecord. I know I am better now than when we recorded the EP.

Does Blitz Vega worry about comparisons to previous bands? Rourke sums up his thoughts on the subject: “There’s obviously going to be comparisons. I wouldn’t say it is a departure, because I have always done what I have done. I am like a plumber, there is only one job I can do, I play bass. There was no plan to change the sound or anything. The sound is very organic and just came together. But in terms of comparing to The Smiths after all these years… I am over it. I don’t really care what people think. As long as I am happy with what I am doing then I am happy. If people dig it, then that’s great.”

“I kind of felt – both of us felt – unleashed,” Rourke admits. “We could do whatever we wanted. In our previous lives there was someone always above us telling us politely what we should do. Here we felt in control, and that comes out in the music.”

Fans await the release of some fine music from the Blitz Vega. They filmed the Abbey Road sessions, and their L.A. sessions, which will form a documentary in the future – but “no Spinal Tap moments,” laughs Rourke. Two EPs, an album, and a documentary will soon be released. The band also plans on a North American tour as well as festival shows. This is all good news. In the meantime, dig their new single, “Hey Christo,” and get ready for some damn fine music.

Born and raised in Whitby, Aaron discovered music through his love of The Beatles. This led to a career in radio, writing for various publications, and ultimately a radio show about The Beatles (Beatles Universe), which ran for over four years. When not immersed in music, Aaron enjoys spending time with the loves of his life -- his wife Andrea, and daughters Emily and Linda (all of whom have an intense love of music too).
RELATED ARTICLES
andy rourkeblitz vegad.a.r.k.