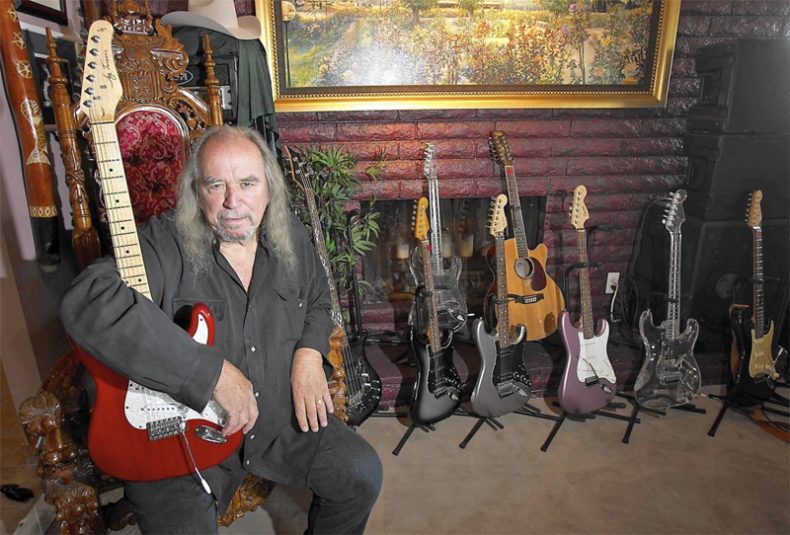 SOMETHING THAT HADN’T BEEN DONE BEFORE

Randy Holden may best be known as a member of the classic rock band Blue Cheer. You may remember them as one very heavy band and their only top twenty hit was their rocking cover of “Summertime Blues”, from their debut album Vincebus Eruptum (1968). By 1970 Holden had left the band after their third album, New! Improved! (1969). The band continued on with a various members over the years.

“The bass player (Dickie Peterson) wanted to go to white flowery music. I mean we are Blue Cheer,” Holden declares during our recent conversation. “We were supposed to be a powerful sounding band. I just couldn’t go any further. I just wanted to do something new.”

The first thing that Holden worked on was a solo album, Population II, a remarkable album. Heavy, dark and moody. The album is often cited as the first ‘doom metal’ album. Working with Christopher Lockheed, Holden set out to do something different. They were the only two on the album. “We rehearsed for a year before we went into the studio. We wanted to make something really different, something with an ominous sense to it. Something that hadn’t been done before.”

Holden succeeded. Population II turned out to be a very original album, full of deep lyrics and pounding music. It is no surprise that 50 years later, the album gains attention and new fans. It is also one of the hardest albums to find. Original copies can go for as high as $1000.00. But now, it is getting an official re-release. “It is pretty cool. The album has stood the test of time. It has been bootlegged to death, but now it sounds the way it should have sounded when we recorded it.”

One of the main problems at the time was the record company that initially released the album. A small label, Hobbit Records. A company that tangled Holden up with legal paperwork. “The record company just would not release it. They just kept delaying it by six months. They dropped the ball. They had lawyers and would not release me or the album. Pretty soon my money ran out, I went bankrupt. They killed my music career.” 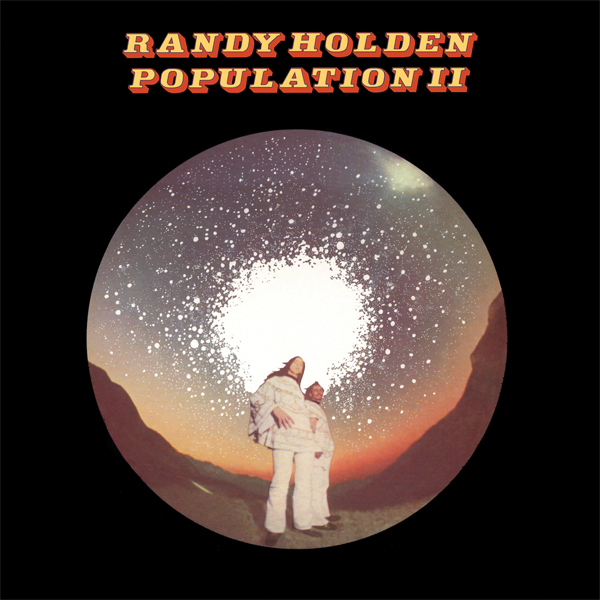 This also meant that the proposed tour to support the album at the time did not occur. This dealt yet another blow to Holden and his spirit. “We were ready to perform live. We did a couple of concerts before it fell apart. The audiences did not know what was happening.”

The new release of Population II has been remastered, something Holden has wanted to do for a very long time. “At the time when they originally mastered it, they destroyed it. Decades later I found out what happened. In those days they were afraid to make a record too loud, because they were worried that it would cause the needle to skip. I spent decades trying to find the original masters, only to find they were destroyed in the Universal fire. When we remastered the album, we sourced out other tapes, cleaned them up, enhanced everything. We used state of the art technology and gave it dynamic again. It sounds really good. I am not ashamed of it.”

After the release of the album, Holden retired from music for over twenty years. “I moved into the jungles of Hawaii,” says Holden. “My instruments had been stolen, and I just needed to get away from the music world.”

By 1996, Holden was back with his second solo album, Guitar God (1996). As good as his other albums are, it is his first solo album that earns him a spot in that realm of icons. He created a sound and album that set him apart from other music coming out in that year (1970). But then, Holden was hearing things others were not. “There was something strange happening. Ultra-sensitive or hypersensitive type of person, and I hear things other people don’t hear and I was hearing things that were so strange that i thought, ‘Jesus, maybe I am losing my mind’. I thought I was going to hell because I heard this really dark, ominous music and I thought this is crazy. Many years later when I started hearing it again, it would not go away. I was at an emotional low point in my life, so I was in a hypersensitive state. I traded it down to being the machine in society and it blew me away when I discovered that.”

Born and raised in Whitby, Aaron discovered music through his love of The Beatles. This led to a career in radio, writing for various publications, and ultimately a radio show about The Beatles (Beatles Universe), which ran for over four years. When not immersed in music, Aaron enjoys spending time with the loves of his life -- his wife Andrea, and daughters Emily and Linda (all of whom have an intense love of music too).
RELATED ARTICLES
blue cheerfeaturespopulation ii

by Aaron Badgley on February 28, 2020
Randy Holden Population II RidingEasy Records In 1969 Randy Holden parted ways with Blue Cheer, and by 1970 had recorded and released his debut solo album, the magnum opus Population [...]