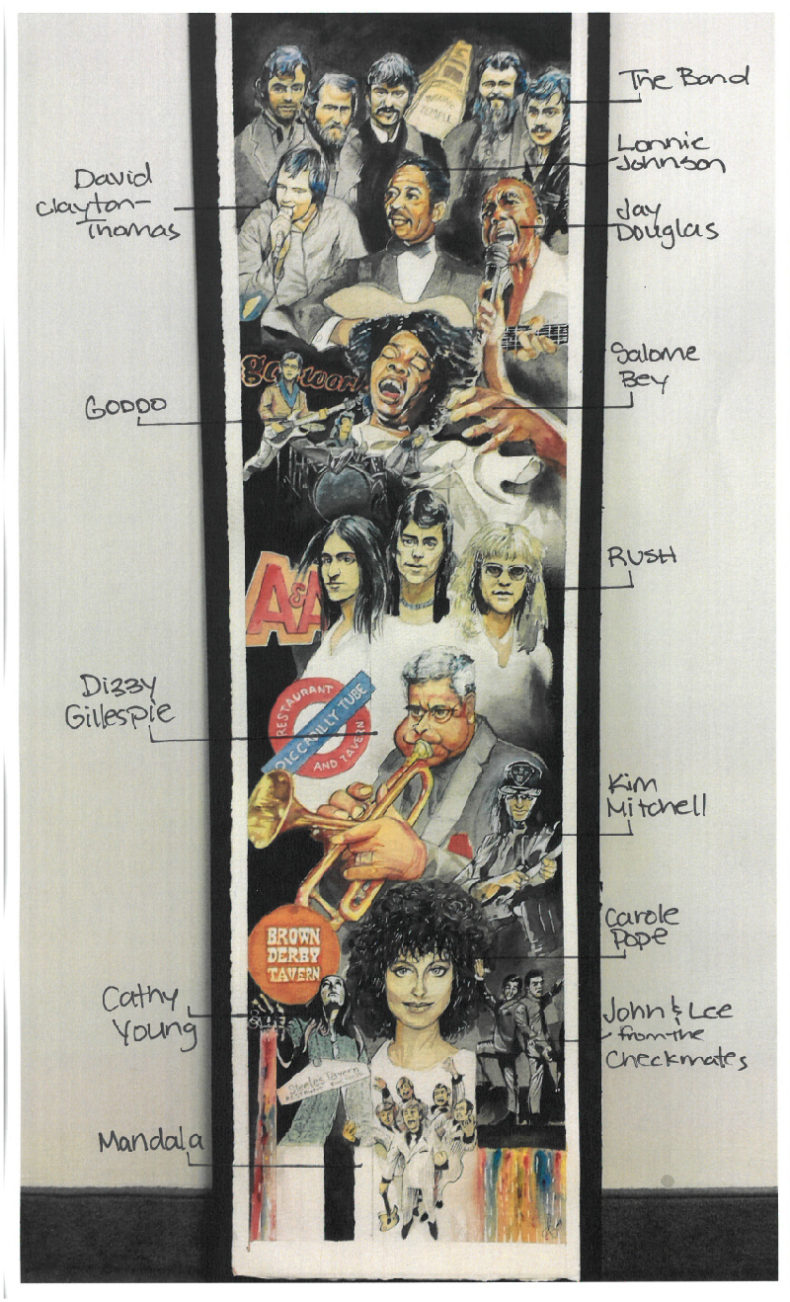 A little under a year ago, a crowd gathered at Granby Parkette for the unveiling of a towering fresco commemorating the musical legacy of 1950’s and ‘60s Toronto.

This past week, artist Adrian Hayles returned to the launch of his second accompanying mural, which will cover the entire south face of the Toronto Community Housing building at 423 Yonge Street. The mural complements the north wall, adding legendary musicians from the 1970’s and ‘80s including Rush, GODDO, and Kim Mitchell. The rendering also incorporates historic markers from the past, including classic haunts like the Derby Tavern, Gasworks, and A&A records.

The mural, which is supported StreetARToronto (StART), acts as a graffiti deterrent while paying homage to the legacy of Yonge Street. Toronto is an ever-changing city with neighbourhoods in constant flux. These murals remind Torontonians of our rich musical while adding vibrancy to the city streets. These visuals keep us conscious of our history while giving locals, commuters, and tourists alike something to admire.

Adrian Hayles expects to complete the 70-meter mural in around three months. 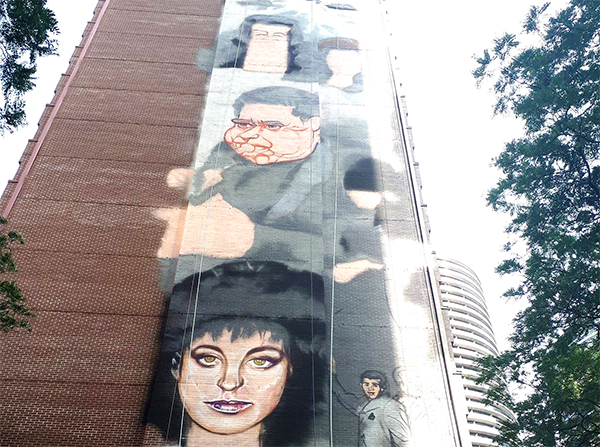 Elizabeth is a Toronto via Caledon writer whose rural upbringing left a lasting love of anything with a banjo and an upright bass. She scours Toronto venues for both the musical talent and the beers on tap.
RELATED ARTICLES
adrian haylescarole popedavid clayton-thomas

by Elizabeth Andrews on September 28, 2016
MUSIC MURAL TO TOWER OVER YONGE STREET September 28, 2016 @ Granby Parkette, Toronto Artist Adrian Hayles is bringing the musical vibrancy of the ’50’s and ’60’s Toronto back to Yonge [...]