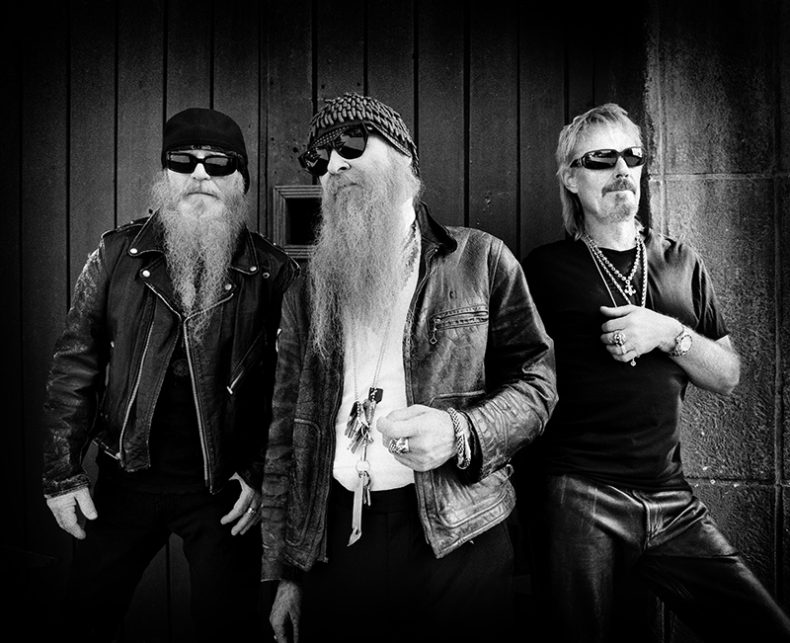 In the annals of rock and roll history even the longest established bands such as the Who and The Rolling Stones have changed personnel during their musical history. However there is one little band from Houston Texas established way back in 1969 in that until this day have retained their original lineup. I had the opportunity to have a chat with guitarist Billy Gibbons ahead of their Uk dates. In an age where band member changes are relatively commonplace, I wondered if there was a lost secret that lay in the bands Dna that made them immune to the quarrels and fall outs that have plagued so many of their contemporaries.

Billy informed me that there had never been any danger of that because they give each other lots of room as individuals. He stated that it’s a positive for a band to be tight while playing together as a unit and he felt that is something that the band have maintained all along. He elaborated that they are quite loose in maintaining individuality. ”The chemistry is more paranormal than science based”. Billy explained that each of the three elements that make up the band have a sense of intuition of what the other two are going to do before they do it. 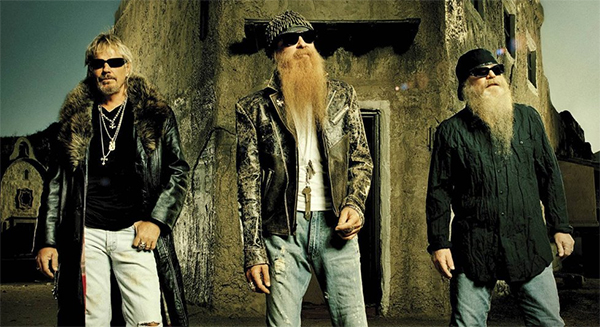 Until the MTV age arrived, I was not too familiar with the ZZ musical brand. That was until they released the album Eliminator. Their trademark videos with cars, pretty girls and the charismatic band members combined led to huge commercial success as they appeared to have broken through to the rest of the world. I wondered if Billy would be able to effectively explain the reason why the band had suddenly appeared to have achieved a massive level of commercial breakthrough in that period. Had the band adapted their sound or was it more a case of the world finally catching up to what the band had been doing musically over the previous fifteen year period. Billy felt that their level of success at that time had been something that the band had built up to and that they already had achieved a level of success “when Eliminator came together in some kind of natural organic matter”. The band had focused intently in timing and tuning to make the Eliminator album a work that had really resonated with friends,fans and followers. He certainly however did not feel that that album had overshadowed the rest of the band’s musical legacy but  that it instead  certainly  fitted into “this weirdly blues-based career” Songs such as “Tush”,”La Grange” and a few newer numbers like ”I Gotsta Get Paid”, remain true crowd favourites and the bonus is that they still relish playing them live. Same goes he thought for their other albums Tres Hombres, El Loco, Fandango, La Futura and the others.”It’s a lot of stuff out there”

ZZ Top have been in the public spotlight for quite a significant period and indeed Billy himself is widely recognized throughout th e world both by his peers and also fans as a legend of his instrument. I have often thought if fame came at a price, obviously you lose your sense of personal identity but how had he as an individual attempted to come to terms with fame and all the trappings that were associated with it?. ”We don’t have any quarrel with being recognized and greeted by strangers” Billy then stated that if people felt that the band have had a (hopefully) positive effect on their lives that they are fine with them sharing that with us. They have met a lot of interesting people and formed quite a few lasting relationships that way. “Fame has been kind to us so we are not resentful that way.”

The current ZZ Top tour dates feature the band playing essentially a greatest hits set I wondered as I touched earlier on their long musical legacy if they would like to occasionally select some earlier musical offerings in an attempt to introduce the songs to a new generation of ZZ Top fans. Did they also find the pre-tour rehearsals regarding setlist composition difficult as they had added more songs to their back catalogue with each album release. Billy surprised me by revealing that “We do in fact actually play some relatively obscure ZZ Top numbers so it’s really a mix of the familiar and the far out. We dig playing the obvious faves but it’s also a passion to come up with something off the wall. Weird works for ZZ”.

Following their own headlining dates the band embark as special guests on some of the Guns N Roses world tour shows. This in my opinion is quite an unusual musical pairing. This caused me to wonder if ZZ Top had played any other tours or sets of dates over the years with another band from a different musical genre or style. Billy termed it “an unusually entertaining pairing”, which had already worked in Australia and New Zealand. Just two bands “getting out there,and turning it up and rocking out” Over the years ZZ Top had also played of course several times as special guests of the The Rolling Stones. Billy described those particular dates as “That’s a party if ever there was”

In recent times many actors have attempted to diversify in their career direction by turning to play music. Indeed many musicians have also tried their hand at acting.Billy Gibbons has also tried his thespian hand playing several different roles in films and TV Series (Bones). .I wondered if this keen interest in acting and movies was something that he had thought further about. Had he considered for example what would have been his favourite role to play. ”Bones was a stretch, I mean playing a bearded guitar slinger-who would have thought? Perry Mason is still a favourite, I would have enjoyed being a defendant on an episode or two. As for Billy F Gibbons ideal acting role his response to this particular question proved to be quite surprising ”Maybe an alien on Star Trek”, It would have been a genuine extension of method acting to mind meld with Mr Spock and hang out with the tribbles.” 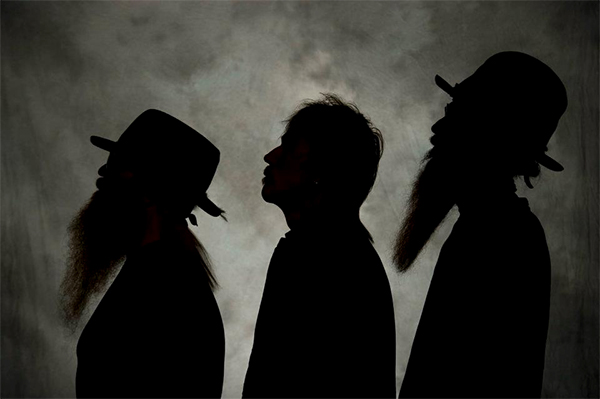 There have been widespread changes in the music and entertainment since “the little ole  band from Texas” first trod the boards way back in 1969. I personally feel that the music itself has become almost secondary to the business and industry side. I wondered how ZZ Top had managed to endure,and if Billy would perhaps reveal the inner secret of their own particular business model. No complexities,or any mysteries as Billy surprisingly stated that the band didn’t actually pay much attention to the business.”We just get out there and dig down to the roots of the blues and let it rock.” Of course it’s great to listen to anything that springs to mind,the band themselves according to Billy “still dig singles,LPs and anything on wax”. He followed up by promoting the band’s recent release of their first five albums in a new box set called Cinco which has been brought out in conjunction with their latest set of tour dates.

I brought the interview to an end by asking Billy, if the roles were reversed, who would he actually like to personally interview himself, perhaps not even actually a musician. He mused for several minutes before replying ”Well, I actually interviewed BB King for Guitar Player Magazine years ago and it became a cover story. They say that it’s often unwise to meet your heroes, but that certainly didn’t pertain in this case. ”It’s all good” I wound up by thanking Billy for all the music that he had brought over the years and also told him that despite reaching a landmark 50th birthday this year that I had never previously witnessed the band live. As life was full of boxes that are just waiting to be ticked I was hoping to see the band soon in Manchester this month. Billy’s final response was that he was “Happy to help you check off the box.”

I'm a 40 + music fan. Fond mostly of Rock and Metal my staple-musical food delights. Originally from Northern Ireland I am now based in the UK-Manchester. I have a hectic musical existence with regular shows and interviews. Been writing freelance for five years now with several international websites. Passionate about what I do I have been fortunate already to interview many of my all time musical heroes. My music passion was first created by seeing Status Quo at the tender age of 15. While I still am passionate about my Rock and Metal I have found that with age my taste has diversified so that now I am actually dipping into different musical genres and styles for the first time.
RELATED ARTICLES
afterburnerbilly gibbonsfeatures
8.0