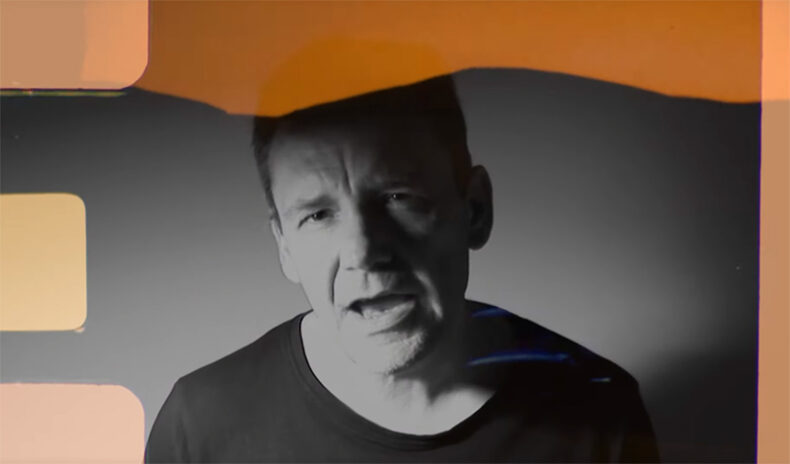 ONCE I WAS HERE

A CONVERSATION WITH DAVID PALFREYMAN

“I was a trombone player from an early age and first performed when I was around 10 years old,”  says David Palfreyman. “I eventually moved to guitar/vocals then writing my own songs in the early 90s. I also trained as an actor and went to drama school, which also involved musical theatre, so I have been around a bit!” For Palfreyman, he had an interesting journey into music. And given his new album, The Palfreyman Collective, we should all give thanks for that performing bug from an early age.

The band The Palfreyman Collective is not a new idea, musical collectives have been done in the past. But in the hands of Palfreyman and his associates, it becomes an incredible production and wonderful album. And for this album, he was able to look into his sketchbook of songs and he found some real gems.

The Palfreyman Collective is Palfreyman’s first release since the successful Decades, released in 2017. Decades was a collaboration with Nicholas Pegg. Decades is his second album, his debut album, Malf, was released in 2010. As he noted, he is a trained actor, having graduated from the  Richmond Drama School (part of Richmond Adult Community College). Some of his television credits include appearances in EastEnders and Peak Practice as well as features such as Oi Queer, Baseline, Brassed Off, and he appears as himself in Cheques, Lies and Videotape, a documentary about pirate videos. He is also a published poet, which no doubt helps him with lyrics. And he does find inspiration in interesting places for lyrics. For example, on the new album the song “To Die, To Be Really Dead” may be of interest to classic horror film buffs.

“This song is my homage to all those fabulous Universal Horror films from the 1930’s that I was fascinated with when growing up in the 1970s. I got a book for Christmas in 1976 called A Pictorial History Of Horror Movies by Dennis Gifford and I devoured all the information within its hallowed pages. It covered all aspects of the horror genre and also covered the start of film in the 1890s and it is where I and many others who were interested, learnt about these films. There was no internet then of course, no VHS or beta films to rent, and not much other info available about these films at all, so this was unique to find all in one publication. Getting that book also coincided with the start of the Horror Double Bill season on BBC TV and in particular the 1977 Dracula, Frankenstein & Friends season which screened all the Frankenstein and Dracula films and spin offs over the coming weeks. In some cases these were the first time these films had ever been shown on TV or cinemas since the 1930s! So the song is about selling your soul for immortality and then getting tired of it and finally wanting death. Grim eh? ha ha! ”

It is also clear that he likes to collaborate, given his work with Pegg. So, working with a collective should not be a surprise for his fans.

“The Palfreyman Collective is basically a pool of singers and musicians who have played on one or more tracks on this particular album. Most of these songs were recorded during or just after the Decades sessions, so a lot of the people that were involved with Decades, also appear on this album. For Decades, I wrote and recorded around 50 songs as I wanted a vast selection of songs that we could choose from that would fit with that storyline, but obviously we couldn’t use them all, so this is almost a Decades 2!” 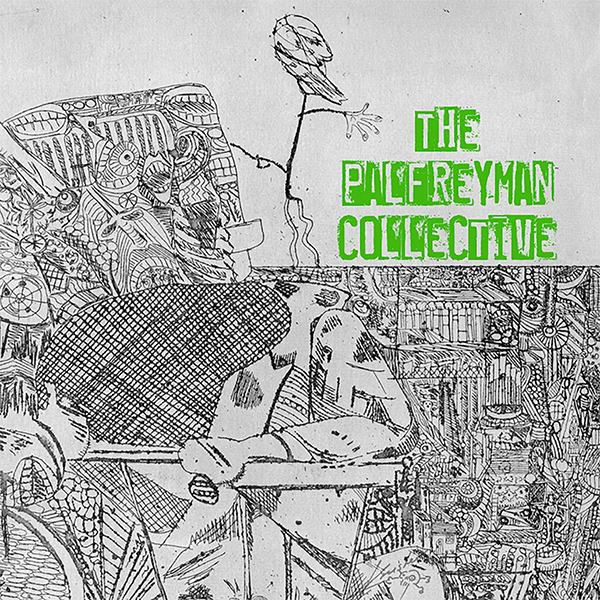 For this album, he has assembled quite a band.

“I don’t think we did anything different really, I was still recording with Ian Caple who was at the controls. I think the only difference with mixing and finishing off these songs was that we were at a different studio. Also lyrically, a lot of the songs on Decades were written with the Decades storyline very much in mind. These songs however stand on their own two feet and maybe that’s the reason. Stand alone but all together. I also think that some of these songs contain a harder edge than anything on Decades.”

Lyrically, Palfreyman is not afraid to deal with morose or disturbing topics, such as the song “Who Am I Today?”.

“Going on with the horror vein, ha ha! This song is actually about a serial killer. It’s kind of based around the Jekyll & Hyde theme,  hence the title “’Who am I today?”. Iggy Pop’s drummer Mat Hector does the drums on this one and he really captures the impending doom of someone being stalked. Not only through the streets at night, but via social media in the cold light of day. I think the bluesy theme woks well and Greg Hart does a great blues solo in this, with both myself and Allegra duetting those “Who Am I today?’ vocals at the end. Indeed highlighting again, some sort of personality disorder.”

And his years of acting and film work/study are put to great use with the first video (and single) from the album, “Once I Was Here”.

“As well as being a songwriter, I also have a video and film transfer business and love the texture of old 8mm film, so I decided to use old cine clips which would morph into the background of me singing the song. I transferred some old 8mm films for the actor Frazer Hines and he appears in the video alongside the actress Carol Hawkins. The films were shot back in the early 1970s so fit in well with the tone of the song and the lyrics. I will be using 8mm film for more videos from this album.”

Palfreyman hopes that the album impacts its listeners. The Palfreyman Collective is a very strong album full of incredible songs. It is hope that people will give the album a listen and develop an appreciation for the collective work that went into it.

“I hope the album takes them on a journey through a few different musical landscapes and I hope that the feel of different voices for different moods makes the songs memorable. I also hope it makes people think. There is a lot of depth here.”

Born and raised in Whitby, Aaron discovered music through his love of The Beatles. This led to a career in radio, writing for various publications, and ultimately a radio show about The Beatles (Beatles Universe), which ran for over four years. When not immersed in music, Aaron enjoys spending time with the loves of his life -- his wife Andrea, and daughters Emily and Linda (all of whom have an intense love of music too).
RELATED ARTICLES
david palfreymanditeli mediafeatures
8.0