SPILL FEATURE: MY HEART IS AN ICE CREAM CONE – A CONVERSATION WITH DALE BOZZIO OF MISSING PERSONS 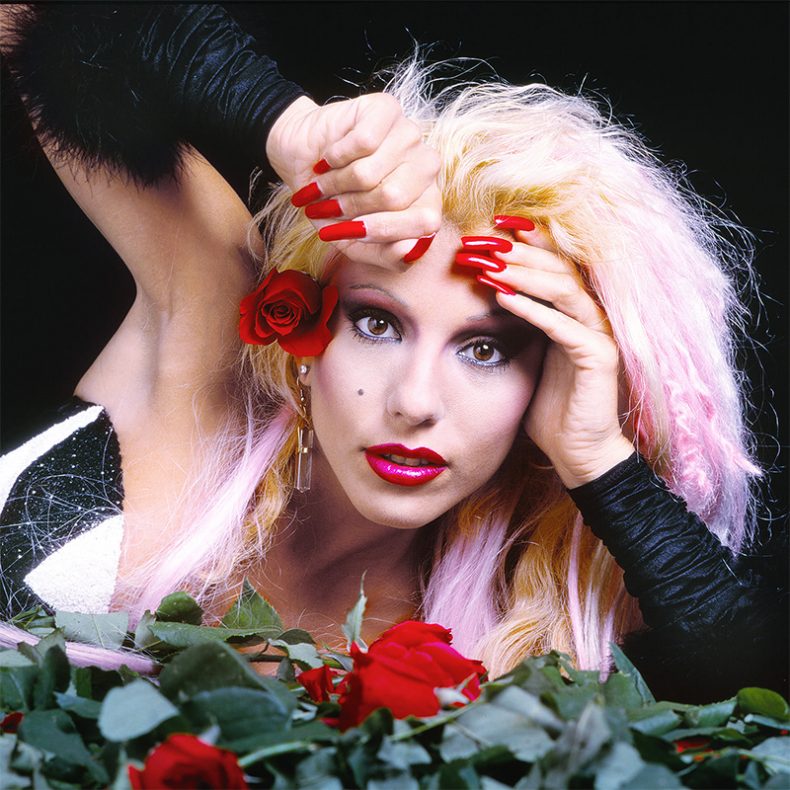 MY HEART IS AN ICE CREAM CONE

A CONVERSATION WITH DALE BOZZIO OF MISSING PERSONS

“I can recite the whole book verbatim. It can really drive you crazy, but that is the kind of mind I have. Everything is saved and filed in my head and I go to them when I need them,” Dale Bozzio told me recently when I asked about her new book, Life Is So Strange – Missing Persons, Frank Zappa, Prince And Beyond. When I point out that it might not always be a good thing, she agrees, “You don’t really want to have that, things just pop up and then ‘now I am crying’.”

Dale Bozzio, born Dale Frances Consalvi in Medford, Massachusetts, seemed destined to be in music. Her paternal grandfather, Icilio Consalvi, designed the King Banjo and the first resonator for guitars and banjos. “It is in the Museum Of Fine Arts in Boston. It is absolutely phenomenal. If it had belonged to me I would have sold it for ten million,” she laughs. “My brother came and stole it from under my father’s bed, and he said he was going to donate it, no matter what, and the banjo was supposed to come to me, but is in the museum.”

Dale Bozzio has had a very colourful life and has made every second count. She is also a talented, and engaging person. Talking to her, one gets the feeling that she is a long-time friend. She is warm, and more than willing to talk about her career or even pasta sauce. From her first meeting of Frank Zappa, in 1972,  to actually working with him seven years later, Bozzio did everything in her power to be famous. “I have strived my whole life to be famous and to make a place for myself that no one could take away from me, and to be proud of myself.” She has a great deal of which to be proud. Although her initial plan was to be a movie star, she made quite a name for herself as a singer. It was this drive that took Bozzio to LA.

While auditioning for Playboy in 1976, Bozzio met up with Frank Zappa again. This time it was on a more professional level, and she ended up singing on Joe’s Garage Parts 1 -3 and many other Zappa albums and singles. “Frank Zappa said to me, your timing is impeccable”. He was not wrong. She adds, “Frank promised me he would make me a household word. He would say ‘and then you can go and make yourself a movie star’. Even today, when I talk about Frank Zappa and the thread he put through my whole life and how he made me courageous, it breaks my heart and it makes me cry.” 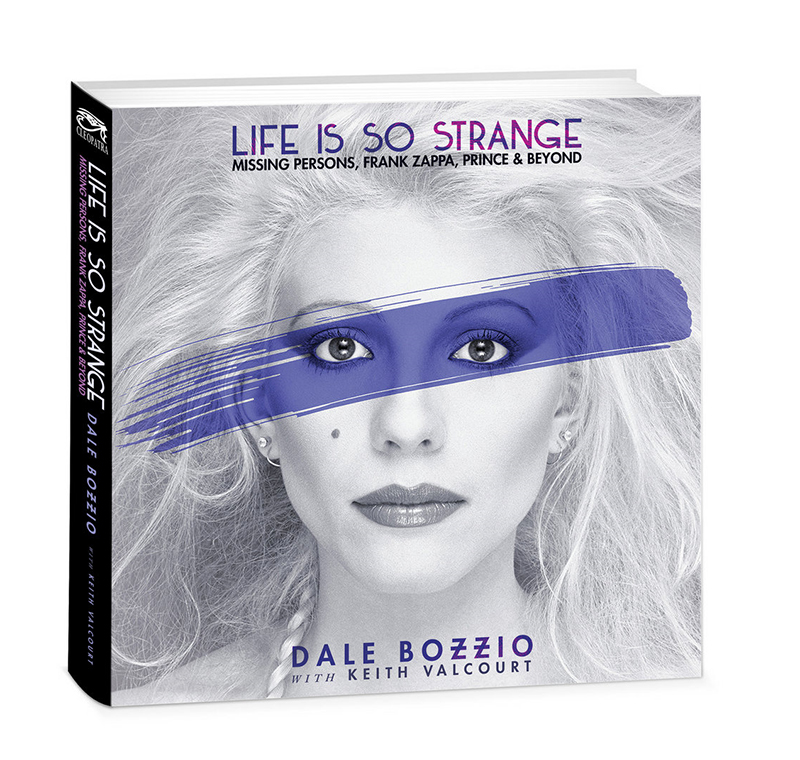 LIFE IS SO STRANGE: MISSING PERSONS, FRANK ZAPPA, PRINCE AND BEYOND BOOK REVIEW

Also working with Zappa was drummer Terry Bozzio, who not only married Dale, but formed a band with her, Missing Persons. They made their debut in 1983, and would go on to have great success, with such hits as “Destination Unknown”, “Words”, “Windows”, and “Mental Hopscotch”, which Bozzio shared was “Frank Zappa’s favourite song.” Being a movie star would have to wait.

But after all these years, why did she decide to write a book now? “To be proud of myself, that’s why I wanted to write this book. I wanted everybody to know I had these deep down feelings, and I am grateful.” — and she should be proud of her accomplishments. When I tell her I grew up with her music, Bozzio turns it around a little. “I grew up there with you, growing up right along with you, through all this music this whole time.”

Writing a book about her life, facing the many losses of family and friends, and the additional challenges she had must have had a huge effect on Bozzio. “My heart is an ice cream cone, and it melted in that book, for sure. I melted to a puddle and my co-writer, Keith Valcourt, kept me going. He would say ‘You’re alright Dale, you’re alright today. That’s why you are writing this book. You are alright today, you’ve been through all these things and you’re still here and still doing it.’ He would tell me that, and then I would stop crying and I would laugh a little and he would say ‘tell me, tell me the rest of the story.’ And I would go on.”

“I’m still remembering things I forgot to put into the book,” Bozzio continues. “They still come back to me. I went to The Kentucky Derby with Frank Zappa and Terry Bozzio. We got all dressed up, me, Terry, and Frank. We all showed up in a limousine. We all had hats on, like berets and leopard clothes on. We looked really funny,” Bozzio can’t help but laugh as she remembers the event.”

Bozzio remains very philosophical about the emotions she experienced while writing the book. Her own advice to herself served her well and is well-worth noting.

“I promise you it won’t always be sad, and it won’t always be happy. But you need to take the chance. It is the greatest opportunity in life to feel these feelings, and we shouldn’t shy away from them. You should go all the way. I hate that line, ‘oh don’t cry’. No! Please cry! Cry some more! That’s what we need for the healing. We all need to cry.” But that is the point of the book, and the point that Bozzio is making by writing this book. “Not by avoiding, that’s impossible to accomplish anything that way.”

Born and raised in Whitby, Aaron discovered music through his love of The Beatles. This led to a career in radio, writing for various publications, and ultimately a radio show about The Beatles (Beatles Universe), which ran for over four years. When not immersed in music, Aaron enjoys spending time with the loves of his life -- his wife Andrea, and daughters Emily and Linda (all of whom have an intense love of music too).
RELATED ARTICLES
cleopatra records pressdale bozziofeatures