MAN CREATES HIS OWN SUFFERING. PEOPLE WHO HAVE MUCH LESS ARE WAY LESS MISERABLE. POSITIVE ATTITUDE IS THE KEY TO EVERYTHING.

A CONVERSATION WITH BIF NAKED

Surviving breast cancer, kidney failure, heart surgery and a divorce, life has not been easy on Bif Naked. Nonetheless, her positive outlook and sunny personality aid her resistance. She is immersed in many creative outputs such as painting, choreography, and writing, all while being a diligent humanitarian, advocate, and vegan.

Bif Naked is now back with a new single:“I Broke Into Your Car Last Night.” Its catchy beat and synthy feel will be stuck in your head for hours, and you can’t help but bop to the rhythm. It’s“a song about trying to get someone’s attention, leave a memento of yourself,” she explains. “I think it’s funny. You know, breaking into someone’s car – it’s just a metaphor of course. It was really fun to write and to sing.”

She is a well-known advocate for women’s rights, often speaking out about misogyny, something which she has had her fair share of as a woman in the music industry.She speaks of her feelings when she got asked to join the feminine-centric Lilith Fair tour in 1999: “I felt really honoured when I was asked,” she recalls. “For me to get added to some of those shows was very validating… especially because I came from the punk/rock world [which] was very male-centred.” 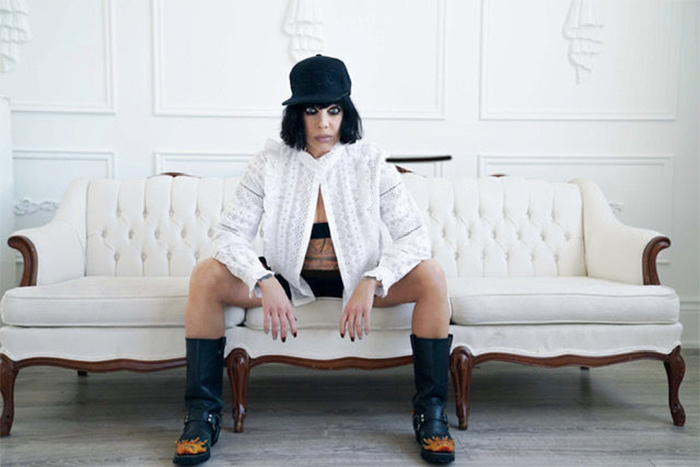 Lilith Fair was very important for not only Bif Naked, but for women in music in general. It was a time where women could be put on the same bill as men and not be told what to do. It was revolutionary. It was a community of women that felt like a movement.

“I think it’s very diverse now what music is,” says Bif Naked.“I’d like to see more women come to rock, but women ARE in the forefront in pop music, hip hop, and urban. Women are really leading the way, and I think that’s really incredible. It doesn’t matter what anyone thinks of Cardi B or Taylor Swift.”

“These women – young women – are really leading the way,” she reiterates.“They have platforms that can reach a lot of people, they all do charity work, they’re very outspoken, and youth listens to them. I think we’re in an amazing time in music. I think it’s a fantastic time to be alive.”

Bif Naked offers an example of an inspiring woman in music, the late great Amy Winehouse: “This girl, regardless of her personal problems, this young woman from the UK, can go into this style of music with natural talent and take the world by storm.”

“It says a lot about the internet, and how incredible it is, and what a time we live in that we can listen to artists from South Africa,” she continues. “We can have a girl like Grimes who’s from British Columbia take over the world. And she’s in the new Adidas campaign with Stella McCarthy. It’s incredible to me what the potential is.”

Being a humanitarian and activist, Bif Naked has strong thoughts on the current state of the environment and whether humanity has a chance of turning its dark fate around. 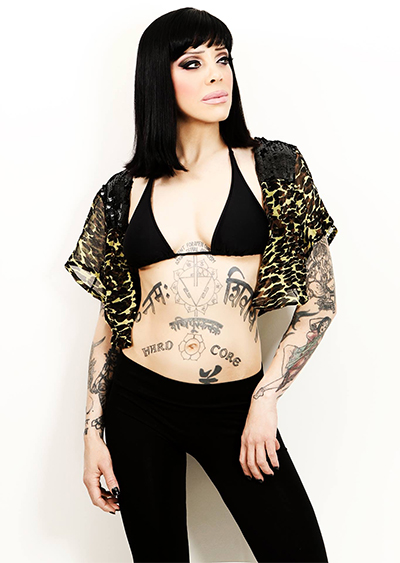 “I don’t think the majority of human beings can,” she sighs.“I think there’s a lot of people who are so gluttonous that they will never change. I don’t mean that as a judgement per say, I mean they just consume everything, like lots of gas.”

“These people have so much shit!” she expresses.“It’s nothing I can comprehend, nothing I can relate to. It’s so difficult now to imagine how some of those people in westernized, industrialized countries are accustomed to having so much. It’s easy point fingers at other countries but the same is happening here [in Canada].”

To illustrate her point, she explains how she was just reading up on “something so small” as the banana fungus. “For us to eat bananas, they all have to be trucked up here, and they’re coming from so far away, so they need to be sprayed with anti-fungus and ripening agent,” she explains.“It’s incredible the process it goes through. Things like that – things that aren’t local – it doesn’t occur to us. Between trucking costs and globalization,[there are] more reasons than ever to think of the environment.”

It’s a constant uphill battle.“Take Canada Goose jackets. They know it kills animals to have the fur collar, they know it’s just a collar and serves no purpose, and they do it anyways. They buy $1000 coats for their children — give to charity!Buy a $200 coat!” she suggests. 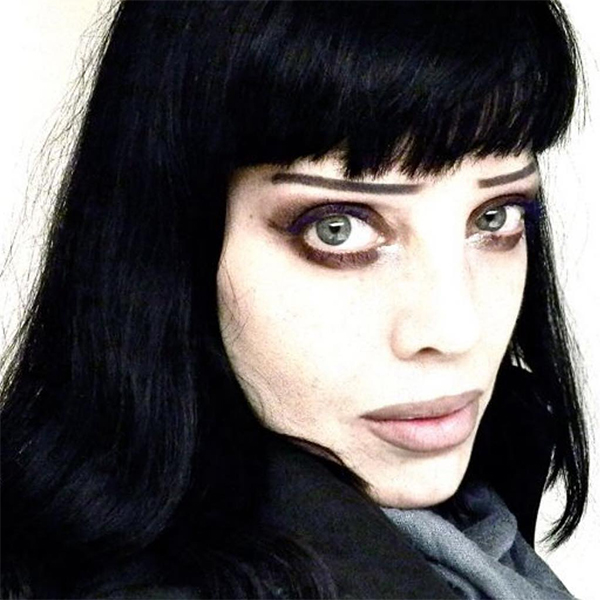 There is, however, a bright light at the end of this tunnel. Bigger food industry brands are implementing plant-based burgers in efforts to encourage the public to be more conscious about the amount of meat they consume, and the effects that it has on the environment. “It’s sad that things need to become trendy for people to think about them,”she states.

Despite all of this, Bif Naked keeps an optimistic outlook: “I have hope for the future.”She shares the most important ideology she’s learned along the way: “To stay positive no matter what’s happening in the world.”

“I feel like there’s a lot of inspirational stuff on the internet, Netflix, blogs, Dalai Lama, local church congregations,” she explains.“Ultimately people can stay positive if they want to. If you want to stay positive and think positively, live a positive life, and behave in a manner that uplifts people, it’s available.

For people who might struggle with staying positive, she continues: “If you don’t know how, it’s available to you. It’s simply a habit. And I think out of everything I’ve been through – the good, the bad – the thing that’s always got me through is maintaining a positive attitude, an optimistic attitude.”

Her recommendation for a positive ideology is significant.“Man creates his own suffering. People who have much less are way less miserable. Positive attitude is the key to everything.”

After borrowing her parents’ 35mm Yashica film camera and never returning it, Kristen discovered her love for photographing artists, particularly live performances. She spends her free time playing with her golden retriever and buying too many plants that she doesn’t have room for.
RELATED ARTICLES
Bif Nakedfeaturesmoment of weakness

by SPILL NEW MUSIC on February 26, 2022
BAD HOLIDAY – “GONNA BE FINE” A SPILL EXCLUSIVE VIDEO PREMIERE The only thing better than a good vacation.. is a Bad Holiday! This Toronto powerhouse of Rock N Roll [...]

by SPILL NEW MUSIC on March 28, 2021
BAD HOLIDAY – “MOMENT OF WEAKNESS” INDEPENDENT The only thing better than a good vacation.. is a Bad Holiday! This Toronto powerhouse of Rock N Roll fuelled Pop, [...]