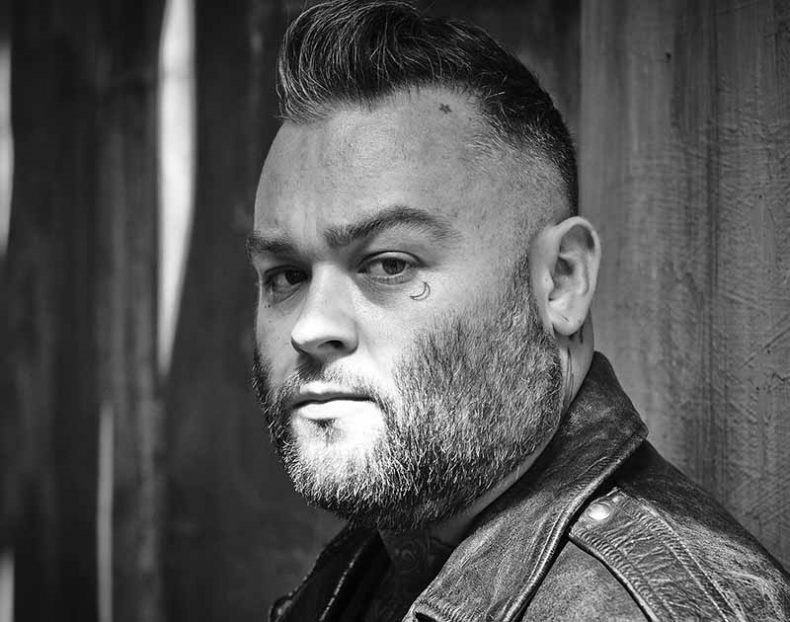 A CONVERSATION WITH WADE MACNEIL

Best-known as the lead guitarist for Alexisonfire and as the vocalist for UK punk rock outfit, Gallows, Wade MacNeil has become a Canadian counterculture icon over the years. An old school punk with a deep love for the hardcore scene, MacNeil has natured a career into a number of directions that has included radio host, and most recently, film scoring. Speaking on his latest project–a collaboration with Andrew Macpherson on the original score for Jay Baruchel’s slasher horror film, Random Acts Of Violence–MacNeil digs deep into songwriting and the creative process of film scoring.

‘Random Acts Of Violence started as a conversation between me and director Jay five years ago’. After watching a Habs game together seven years ago, the actor turned director, him and MacNeil quickly became friends, and MacNeil contributed to the score for 2017’s Goon: Last Of The Enforcers. As MacNeil puts it, ‘It started with Goon, then I did a TV show, then another movie, and a video game…’-all of which he claims to be ‘very different approaches’ to writing and recording – ‘and then Random Acts Of Violence came up. I think writing a score for a horror film is every musician’s dream’. 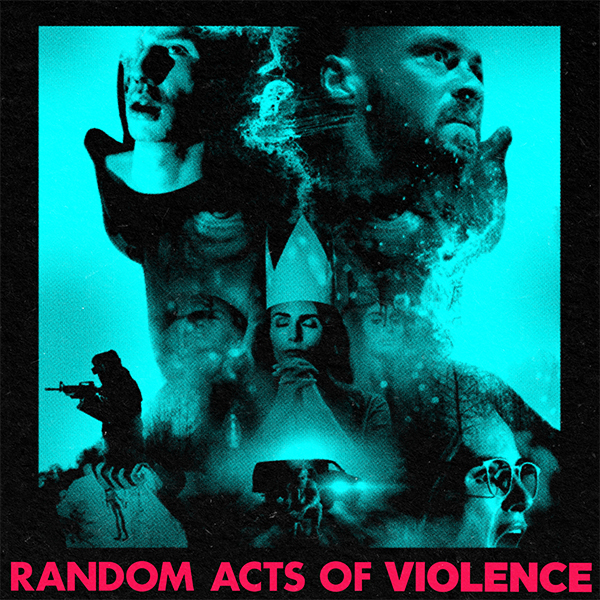 Expanding on the process of scoring films, MacNeil explains, ‘With bands, the longer you do it and the more you write, you dive deeper into what it should be. While the project may evolve, there is a sense of “this is what this is” and you get deeper into it… The cool thing with films, tv, and videogames is that it is always a blank slate.’ MacNeil continues, “it’s certainly a revisionary process. There are things you dream up that you hope will work; some of them do, some of them won’t… Either everything lines up and builds, or it’s just so obviously wrong – like a tender moment on screen with the music sounding like you’re going downtown to pick a fight.’ In terms of Random Acts Of Violence, MacNeil adds ‘I wanted a lot of bells and chimes because of how ominous they are since I first read the script.’ As a result, Random Acts Of Violence is a chilling score that carries a vibe that is both modern while reminiscent of the work by John Carpenter (Halloween) and Goblin (Suspiria), both of whom MacNeil cites as an influence on his work. Comparatively to working with Alexisonfire and Gallows, writing and recording film scores is an incredibly different process, but MacNeil counters, ‘I’m lucky that in my bands, I always try to do something that I think is cool; something that moves me and leaves me excited – I’m lucky that so many people have connected with that. With film, I’m writing music in a similar way; it has more of a directed purpose to it, I know when something’s done when I’m excited by it.’

While Random Acts Of Violence was released last year, MacNeil and Macpherson’s original score for the film was released on all digital platforms on October 30 of this year – and is available on vinyl via Dine Alone Records. Currently, however, MacNeil has just wrapped up recording a psyche-rock record. ‘I guess I need to be careful what I share on my Instagram’ MacNeil exclaims, laughing ‘I saw that this morning too, not that it’s a secret.’ The album, recorded with producer Daniel Romano (‘he’s just on fire now’ MacNeil says) is described as a personal solo record, and was recorded in a live fashion. MacNeil notes ‘we knocked out ten songs in a week and kinda played them live like “OK, here’s the song, here’s what we’re going to do, let’s take one crack at the guitar solo, see where it goes” and now the record is done.’  With the recent Alexisonfire reunion and the subsequent string of singles, Random Acts Of Violence, and his upcoming solo record – with a potential 2021 release – it’s truly an exciting period for MacNeil that seems to have only just begun.

A passion for music has always been a part of Gerrod’s life. As a young boy, he was raised on a steady diet of the music from The Chili Peppers, Aerosmith, The Stones, Prince, and others from his mum. Raised in the GTA, Gerrod continued to foster his love for music by attending a wide range of concerts and learning the drums. His unapologetic passion for music has no bounds and has spread to a wide variety of styles, whether it be the 90’s rock that sound tracked his teenage years, the jazz he studied in university, or his newfound love for hip-hop. He recently received his bachelors in music and education from York University and is passionate about writing and reviewing good (and less than good) music. Gerrod is also the drummer and songwriter for a Toronto based rock & roll band, One In The Chamber.
RELATED ARTICLES
alexisonfiredine alone recordsfeatures