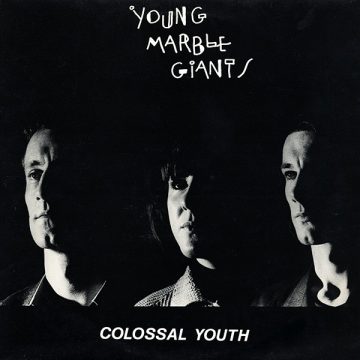 There are only two questions concerning Colossal Youth, the seminal album by the British trio Young Marble Giants. The first one is asks “was this album evolutionary or revolutionary?”, and the second, “why was it the only one recorded?”

Essentially, the answer to the first question makes no difference. Evolutionary or revolutionary, it was the first true post-punk album that simply changed the course of the modern pop music singlehandedly at the moment it came up. You can call it whatever you want, but what brothers Stuart and Philip Moxham, and singer Allison Statton came up with can maybe be called modern minimalist pop/rock.

The answer to the second question from the current standpoint is also a bit moot. Maybe the trio thought they said just enough as far as album statements are concerned. They did record another single, “Final Day”, and Testcard EP, both included in this expanded edition.

But, after listening to the Young Marble Giants complete output on this new release there is one key point that comes up. Their music still stands firm both in its quality and the statement that it makes. Its sparse, stark notes certainly reflect the current times and have certainly grown even stronger through the years

Formerly a lot of things, including a journalist and a translator, currently a freelance writer living in The Netherlands.
RELATED ARTICLES
album reviewalbum reviewsdomino records
8.0