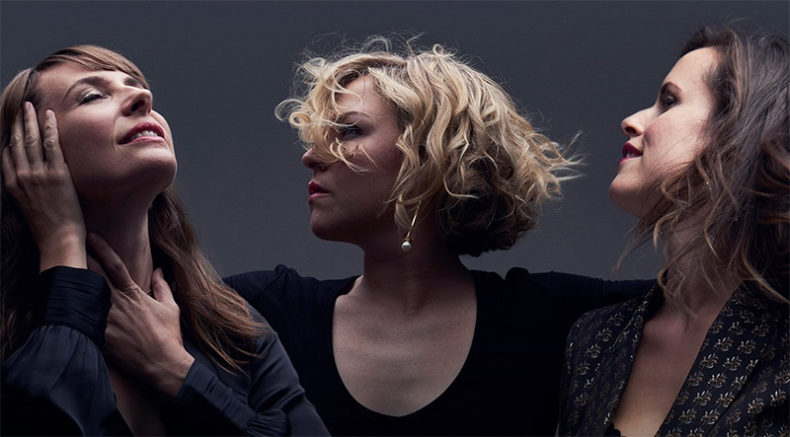 A CONVERSATION WITH CAROLINE BROOKS OF GOOD LOVELIES

‘The title, Shapeshifters, comes from the song “I See Gold.” When we were looking for a title, and it took a little longer than expected, this one seemed to fit. It fits as to where we are now with our sound, people, and our lives,’ says Caroline Brooks, one-third of Good Lovelies.

Good Lovelies have been performing and recording since 2006. Their first EP was released in 2007 and the rest is, as they say, history. Their new album Shapeshifters is their fifth studio album, and this album shows how far the trio has come in 11 years.

‘We have been doing this for 11 years. It is our full-time job, and we wanted to try new things,’ says Brooks.

This included working with a new producer for Shapeshifters. Good Lovelies teamed up with Daniel Ledwell, known for his work with Justin Rutledge, Fortunate Ones, David Myles, and Jenn Grant.

‘Dan had a huge influence. We wanted to try a different producer for this album. Les Cooper produced our last three albums, and he did a great job. But we liked Dan’s sound for this one, kind of folk/pop. We recorded in Dan’s studio just outside of Halifax. So we weren’t bound by paying by the hour. Dan allowed us physical and musical space to explore. We play all the instruments on this album, and Dan even recorded our voices into a Mellotron. Pretty cool.’

But will the old fans who have become accustomed to a certain sound and music from Good Lovelies grow with the band?

‘It has been a natural evolution. We have been moving to the new sounds since the last record (2015’s Burn The Plan) and the record ended up this way. We did not get together and say ‘let’s make the record sound this way,’ it just evolved to what you hear. At the core of the record is the three-part harmony. We play with our voices a little on this one, but we don’t think we will lose any fans. We don’t think that way about losing fans; fans will grow with us. Ultimately we have to grow.

‘Everything impacts you, like the music you listen to. I am a mother, and the amount of pop music I am listening to now, Spotify Top 40, is going to influence you.’ 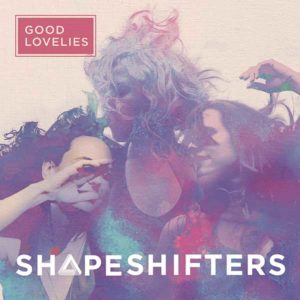 For Shapeshifters, the band also co-wrote their songs with other writers. The first single from the album, “I See Gold,” was written with Toronto artist Robyn Dell’Unto.

The song features a brilliant video that stands out in this day and age. Good Lovelies are not in the video.

‘Matt Barnett directed that with his production company and we liked the idea of not being in the video, it just felt right. The video is just people portraying people, everyday struggles and yet have positivity.’

Good Lovelies no doubt has their own struggles as a working band in Canada. Two of the three are mothers, and all three live in different areas of the country. Brooks lives in Toronto, while Sue Passmore lives in ‘a little village in Ontario’ and Kerri Ough lives in Newfoundland. Recording and touring can be tough on a family.

‘My sister-in-law told me there is no such thing as work-life balance, it’s bullshit really. But we have amazing support networks. Our families and sometimes we are lucky enough to travel with our kids. It is hard being away from the kids, but we are doing what we love and our kids know that. We do the best to make them feel loved and supported, and we check in with them and with each other. Open lines of communication, that is what is important with families and the band. But in the end, I think our kids are lucky. They get to travel and see the world.’

And since 2007, Good Lovelies has stayed independent, and has not yet signed with a major label.

‘I don’t know what it’s like being on a big label, or even a small label. We are happy being independent. I mean, if someone wants to issue our albums we are open-minded to that, but releasing our albums on our own is working for us.’

The fact it is working for them is a good thing. Good Lovelies continues to grow and explore the nature of folk, roots and pop music, and this is a good thing. Their new album Shapeshifters is a brilliant, realistic look at life and an album that most people will not only find a friendly voice, but in a weird way a friendly ear as well. Now is as good a time as any to dig The Good Lovelies.

Born and raised in Whitby, Aaron discovered music through his love of The Beatles. This led to a career in radio, writing for various publications, and ultimately a radio show about The Beatles (Beatles Universe), which ran for over four years. When not immersed in music, Aaron enjoys spending time with the loves of his life -- his wife Andrea, and daughters Emily and Linda (all of whom have an intense love of music too).
RELATED ARTICLES
burn the plancaroline brooksfeatures
8.0