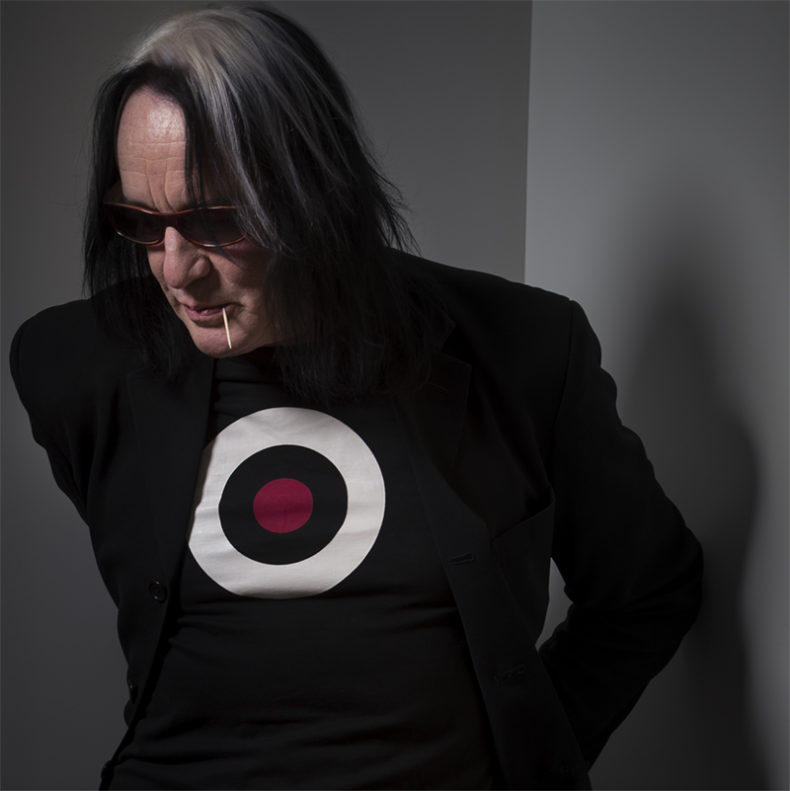 Todd Rundgren is really one of rock’s elites. He has transformed music through his writing, performing and production. He started in 1967 with the psychedelic and classic rock band, Nazz. He left the band two years later to embark on a solo career, beginning in 1970 with Runt. He would go on to score numerous Top 40 hits and classics, such as “I Saw The Light”, “Can We Still Be Friends”, “Hello It’s Me” and “We Gotta Get You A Woman”. Although it failed to make Top 40, his “Bang The Drum All Day” is played just about everywhere. While pursuing his solo career, he also formed the band Utopia, who made astounding albums beginning in 1974 with Todd Rundgren’s Utopia. If that was not enough, he established himself as one of the best and most popular producers of the rock generation. A partial list of his production projects includes: The Band, Badfinger, New York Dolls, Sparks, XTC, Daryl Hall and John Oates, Meat Loaf and The Tubes. There are many, many more.

Recently, Rundgren released his first book, The Individualist: Digressions, Dreams & Dissertations and I had a chance to talk with him about the book and his upcoming tour, which he calls a “hybrid concert/book tour”. The show is coming to Toronto’s Danforth Music Hall on April 28 and 29.

“I want to do elements of both, the book tour and a regular tour, whenever possible,” says Rundgren during our conversation. “Wherever possible I will do book signings, and in the meet-and-greets I hope to be signing more books than CDs, ideally anyway. The show is a career retrospective, with the first half being songs to support the book. Not necessarily songs written about in the book, but songs from eras that match the content of the book. Then there will be a short break, then a Q and A with the audience, and then the second set that will be different every night. We will have a master list of songs to choose from, and these will be more of the deep dive.”

PRE-ORDER THE INDIVIDUALIST: DIGRESSIONS, DREAMS AND DISSERTATIONS VIA AMAZON OR BARNES & NOBLE

This is an opportunity for Rundgren to perform songs live that he has not performed for a long time or may have never performed at all. This may be a big task for the band.

“We plan to have some rehearsals, but the core of my band has been with me for 30 years and they have played most of the songs at one time or another. The music is in their cell memory, well most of the material. We will try to reproduce the music in a way as to not offend anyone.”

Again, this doesn’t pose much of a challenge for Rundgren, but after so many years of playing the hits, he may want to take some of the songs in different directions.

“Well, there are five distinct versions of ‘Hello It’s Me’. That was the first song I ever wrote and it was first a B-side for a Nazz single (the A-side was ‘Open My Eyes’), and that was more of a dirge. Then there is the hit version, an acoustic version and even a swing version. So there are a lot of options to choose from.

“But it is possible that there will be songs I have never performed live before. I recently toured Australia with a band of local musicians. They were fans as well and they kept picking songs I had never played live before and a couple rarely performed. It was great!”

While putting the tour together, Rundgren has published his autobiography, but in typical Rundgren fashion, it is not your conventional book.

“I was approached by a publisher in the 1990s and I agreed to do , and I even started writing it but I just procrastinate. Twenty years later, I thought to myself it is getting late, and if I die someone else will write it and get it wrong,” he laughs. “But then I became aware of a couple of things. I am not much of a writer. I can write songs, but that is poetry, not prose. Second, I needed guidelines. I had to write a book I would enjoy reading.

“Also, I did not want to retell stuff on public record. Paul Myers wrote the definitive book about my production (A Wizard A True Star: Todd Rundgren In The Studio), which is stuff some may not find that interesting.” 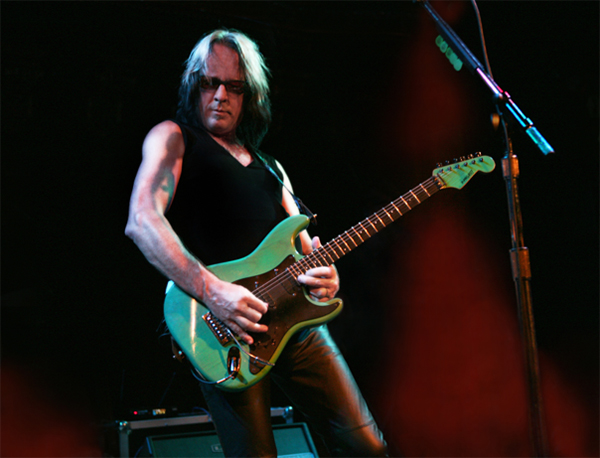 Rundgren structured the book as short, one-page chapters (three paragraphs) in order to tell his stories.

“I have a short attention span. So I, and by extension, the reader, can pick the book up and flip to any page and read. I wrote it mostly from memory and stayed away from ‘he said/she said’ type of stuff. I wanted to capture the most important events. People know a lot about me already through my music. A lot of people write songs about topics or other people. I’ve always delved into my psyche for what I have done and let the chips fall where they may. Sometimes that can be a little uncomfortable.

“Writing a book, you need a much more orderly process than writing songs. Once in a while I would say to myself, ‘today I will write two chapters’. I am no Stephen King, who is eating dinner with one hand while typing out a book with his other hand.”

I remind him that I always thought he was eating with one hand and recording new music with the other. This is met with laughter.

“If you watch me work you would think that I was just doing a crossword puzzle, which is what I am doing. But while I am doing the crossword puzzle the wheels of my subconscious are turning. There have been long periods where I have not written a song, but when I start a new project that machine turns in my head in a very subconscious element. You do have to discipline yourself but for me writing is like when you dream, coming from my subconscious.”

In 2017 Rundgren released White Knight, his 25th solo album (bearing in mind he released three albums with Nazz and nine albums with Utopia). The album was a brilliant collaborative effort with many guest artists.

“I live on the island of Kauai and I stumbled upon an approach of recording. It is difficult to get people to show up for sessions, so I do records by myself. But when you do that, you can get into your own echo chamber. There is no one there to tell you not to do something. So I collaborated with some old friends. And it was a very practical thing to do in an age when traditional ways of promoting have broken down. It may have introduced new audiences to my music. Someone may be a fan of one of the other artists, and they discover my music and vice versa.”

Which brings Rundgren to the current music business.

“It is kind of a mess right now. It is not enough to just play music anymore. You have to either pick a fight with someone, write something offensive on your twitter account and then delete it, or wear ridiculous clothes. Music for many has just become a jingle for your personal commercial. I watch Saturday Night Live, and I love the skits, but in 12 shows I may see one musician I like, the others I mute. There is a lot of great music out there, but there is more noise than music. The ratio of noise to music is deafening.”

Thankfully, Rundgren continues with his music, his writing, and his songs, and we have this wonderful book from him. Was it a difficult book for him to write?

“The memories were not difficult for me. I have never been a journalist, keeping journals. It reminds me of homework, or school assignments. I guess you can say the book is my thesis”, he chuckles.

Born and raised in Whitby, Aaron discovered music through his love of The Beatles. This led to a career in radio, writing for various publications, and ultimately a radio show about The Beatles (Beatles Universe), which ran for over four years. When not immersed in music, Aaron enjoys spending time with the loves of his life -- his wife Andrea, and daughters Emily and Linda (all of whom have an intense love of music too).
RELATED ARTICLES
chance for uscleopatra recordsdaryl hall
9.0