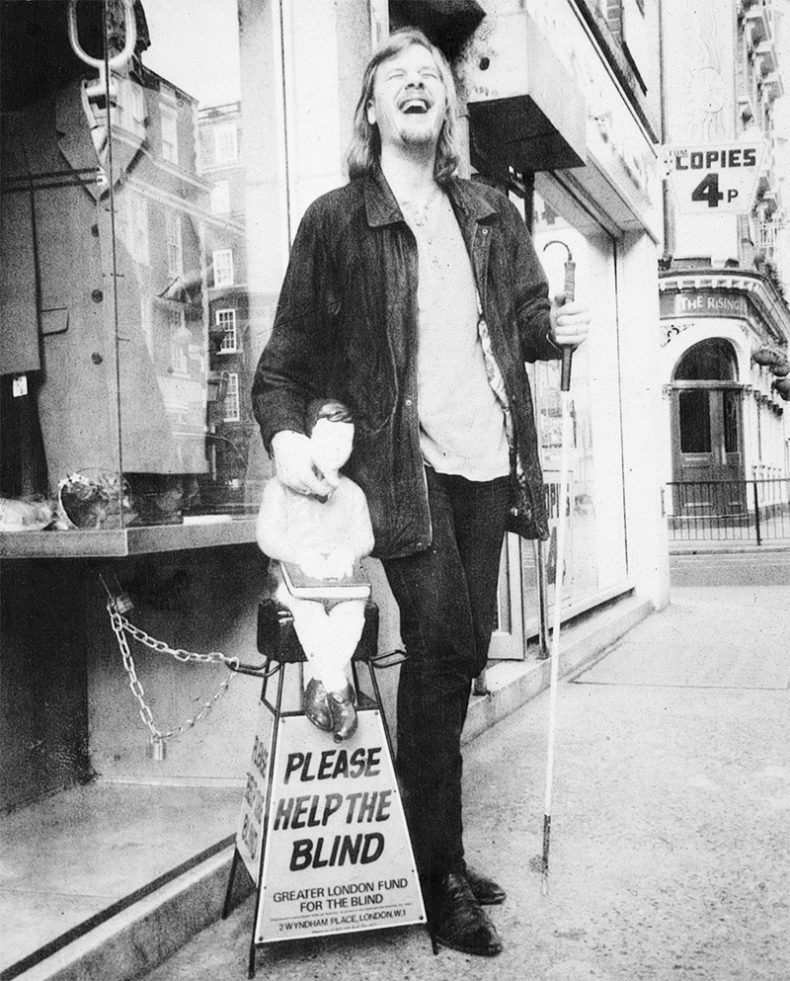 FOR MY FRIEND, JEFF

A CONVERSATION WITH THE JEFF HEALEY BAND DRUMMER TOM STEPHEN

The name Tom Stephen often brings up mixed feelings across the Canadian public and industry. As both the drummer and manager of The Jeff Healey Band he was an integral part of Canadian history, but following a tumultuous split, he received a large portion of the blame. As tensions between him and Healey’s estate continue to escalate since then, Stephen released Best Seat In The House: My Life In The Jeff Healey Band, an autobiography which follows him as much as it does Healy, in an attempt to clear the air and bring a sense of integrity to the narrative of The Jeff Healey Band.

Meeting to chat about the book at Toronto’s prestigious National Club – a member’s only establishment in the heart of Toronto’s financial district, one which neither of us were in fact a member of – Stephen jokes “back in the day, they would have never let me into a place like this”. How things have changed for the rockstar turned author who, nowadays, sticks largely to the business side of the music industry. Co-written by Keith Elliot Greenberg, Best Seat In The House: My Life In The Jeff Healey Band (released in November of last year) chronicles Stephen’s life with The Jeff Healey Band taking centre stage as it follows Stephen throughout the recording of their five albums–along with the soundtrack to Road House–touring across the globe, jamming with some of the greatest rock and blues artists, and beyond the untimely conclusion of the band. On the surface, it’s a story of rock ‘n’ roll debauchery, but at its heart, Best Seat In The House is fueled by aspects of artistic passion, tension, and a relentless sense of hustle which makes for a truly compelling read. 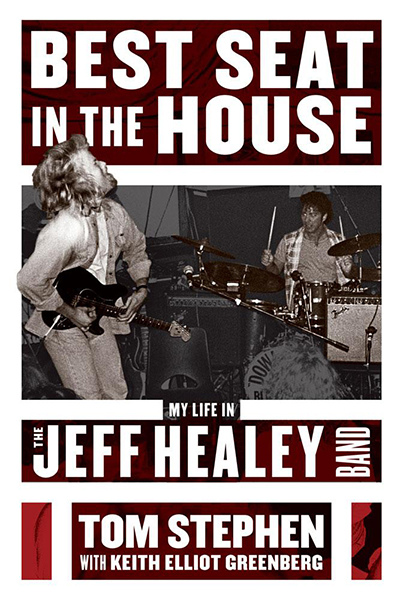 PURCHASE BEST SEAT IN THE HOUSE: MY LIFE IN THE JEFF HEALEY BAND VIA ECW PRESS

Recounting the conclusion of the band, Stephen tells me “Things didn’t end as well as I hoped, but Jeff and I made our peace, both in business and as human beings. On the business side of things, we sorted out our partnership and he would later come to me for advice as well as recommending artists for me to manage. He respected me and I loved him. I have nothing negative to say about him”. As Stephen tells me, what drove him to put pen to paper was as much about himself as it was Healey, stating, “Other people were taking over the narrative as to who and what we were as a band and I was made out to be the villain… It hurt me but I felt it we were being misrepresented”. Referring to Heal My Soul, a 2016 compilation of unreleased material from The Jeff Healey Band which Healey’s estate commissioned, Stephen continues, “I don’t want to cause any more conflict, but new material was being put out with people saying ‘these were Jeff’s favourite songs’ when really he hated them, and then on top of everything else, they re-recorded my drums on these ‘gems’”. He then goes on to praise Healey, “beyond that, when the question of greatest guitarists would come up at the bar, Jeff used to always be a part of that conversation, but over the years, less and less has his name come up in these conversations. That was an alarm bell because to me, pound for pound, Jeff was the greatest guitar player I ever got to see”. 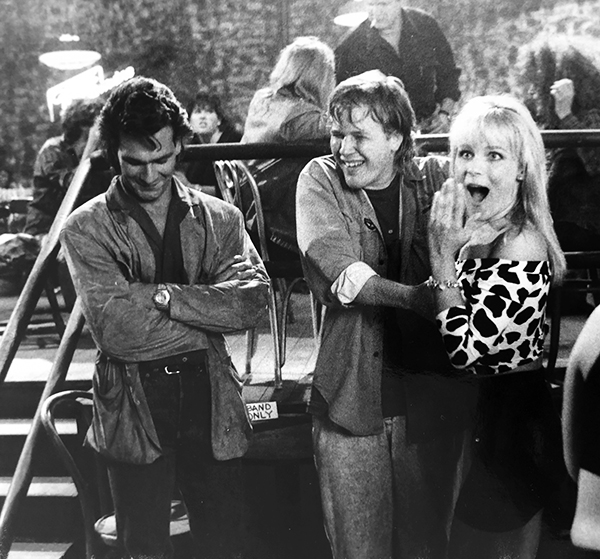 Like most rock ‘n’ roll stories, that of The Jeff Healey Band is one of controversy. “There has definitely been some backlash” Stephen tells me. Where Stephen took much of the blame towards the end of The Jeff Healey Band, Best Seat In The House seems almost like an uphill battle to bring the Healey narrative back to a more central place, he continues “I call myself an asshole throughout the book. Hell, I even included a number of quotes from others saying the same. I’m not trying to make myself seem like the good guy, I just wanted to put the story out there from how I, and many others, remembered it”. While he has received much positive and negative attention from the book, Stephen tells me “what touched me the most was that a handful of Jeff’s friends reached out to me and thanked me for writing it; they said that this was the Jeff that they knew and thought it was a beautiful tribute. To me, that was what I wanted to capture from the very beginning”.

Quite curiously, as Stephen informs me, both Healey and The Jeff Healey Band are not recognized by The Rock & Roll Hall Of Fame, The Canadian Music Hall Of Fame, or The Canadian Songwriters Hall Of Fame. “I wanted to pay tribute to Jeff; to remind people something, which I feel shouldn’t be something that they need reminding. Jeff Healey’s playing speaks for itself and his legacy deserves to be remembered in the way which we remember some of the greatest blues are rock guitarists of all time”. As we spoke for almost an hour and a half, Stephen spoke with a sense of honesty, love, and integrity when remembering Healey, something that is at the core of Best Seat In The House; ultimately making it a must read for not just fans of the band, but also for those who wish to know more about Canadian arts and culture.

A passion for music has always been a part of Gerrod’s life. As a young boy, he was raised on a steady diet of the music from The Chili Peppers, Aerosmith, The Stones, Prince, and others from his mum. Raised in the GTA, Gerrod continued to foster his love for music by attending a wide range of concerts and learning the drums. His unapologetic passion for music has no bounds and has spread to a wide variety of styles, whether it be the 90’s rock that sound tracked his teenage years, the jazz he studied in university, or his newfound love for hip-hop. He recently received his bachelors in music and education from York University and is passionate about writing and reviewing good (and less than good) music. Gerrod is also the drummer and songwriter for a Toronto based rock & roll band, One In The Chamber.
RELATED ARTICLES
drummerecw pressfeatures

by Lucy Sky on November 29, 2017
WHAT THE FUTURE HOLDS FOR THRICE AN INTERVIEW WITH RILEY BRECKENRIDGE After a four-year hiatus, Thrice has started making waves again with their latest album, To Be Everywhere Is To Be Nowhere. For a band that has always [...]

by Mark Dean on November 3, 2017
THE SINGING EARTH A Q&A CONVERSATION WITH BARRETT MARTIN Hi Barrett thanks for agreeing to do this-apologies that we couldn’t do it personally. SPILL: Currently [...]