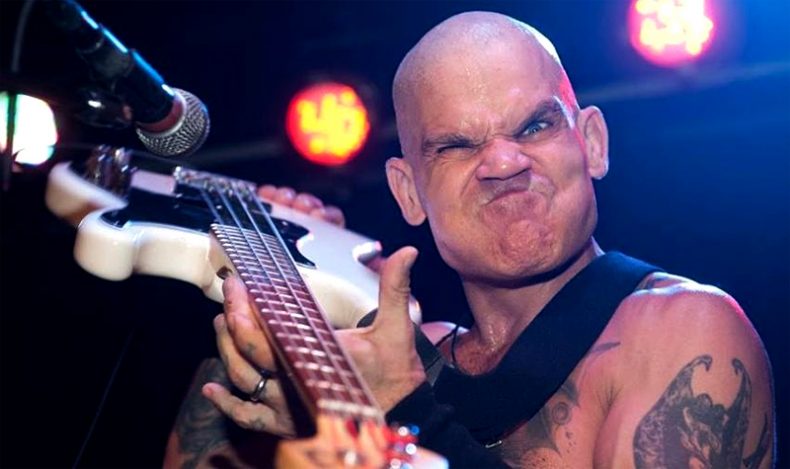 A CONVERSATION WITH HARLEY FLANAGAN

Some of the best writing comes from a place of pain and suffering. Emotion is what shapes and inspires deep literature and songwriting, and Harley Flanagan has overcome a lot more adversity, turmoil, and just pure craziness than many people do in a lifetime. That shines through in much of his work, including but not limited to his music with the Cro-Mags, who recently went back into the studio and recorded their first music in nearly 20 years, joining the Misfits for a few shows on their reunion tour.

Spending two decades away from doing anything you’re accustomed to doing full time can take a toll on anyone, but if it’s something you love, you likely haven’t completely stopped. While Flanagan took an extended break from his music career to focus on his family, he never stopped making or playing music. “You know, to be fair, I did get in the studio a few times over the years. This was the first time that I had the luxury of a budget,” he said, reflecting on his time away from being a full time musician and how beautiful it is to create in a laid back environment where he isn’t “under the gun.” Raising his kids has been his main focus, but he still writes and plays his instruments every day. Now that his kids are getting older, he’s able to get back into full swing.

The Cro-Mags have not been his sole focus, either. When Flanagan goes back into full swing, he hits a home run and makes sure to hit every single base on his way there, hard. “I just did this movie that’s actually going to be premiering at the Sundance coming up,” he said, talking a bit about ‘Between Wars’, a film that he is co-starring in and scoring.

The independent film, starring Michael Imperioli (Goodfellas, The Sopranos), previewed at the Sundance Film Festival at the end of January. The film is director Tom Phillips’ feature film debut as well as Flanagan’s on-screen feature film debut. ‘Between Wars’ shines a light on the struggles that marines face when trying to reintegrate themselves into society, post-war. 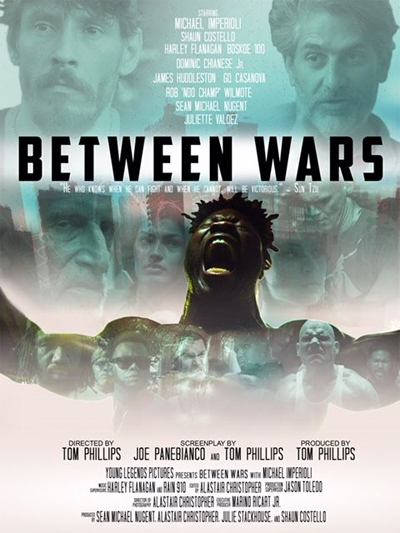 This role was not hard for Flanagan to relate to but was challenging in its own ways. “It was a lot of fun, I got to go bananas. It was a little scary because I really dug into some places that I haven’t been in a long time… I play this crazy Irish low-level criminal who is all fucked up on drugs, super violent, and super high strung because I’m coked out of my mind.” Flanagan talked about how he’s calmed down a lot over the years and how putting himself back in “that head-space of being ready to flip at all times,” for the role, was something that took him a couple of weeks to come down from. Although, he said that with him being in such a great place in life right now, not trying would have been foolish. “I believe in taking advantage of opportunities that come your way. You never know what it could lead to.” Laughing, he mentioned how at certain points, he had the “directors and other actors shitting themselves,” because once they gave him the go-ahead to improvise, “that was it.”

Flanagan’s newfound relationship with Victory Records is one that Flanagan could not be more excited about. When he got the call from Tony Brummel, he said he thought it was a prank call and that Brummel’s enthusiasm was “insane.” To work with someone who, Flanagan said, “has [attributed] me and the Cro-Mags with inspiring him to start Victory,” is something very special. Brummel is a fan and to Flanagan, that means everything.

While writing his book Hardcore: Life of My Own,  some buried feelings resurfaced which helped Flanagan come to terms with a lot of the things that the two bonded talking about. “It was, in a lot of ways, [therapeutic]. That was unintentional, it was not my goal. When I started writing the book, I was going through a rough time. I felt like the chances I would expire were good, if life kept going the way it was. The need to write his story before someone did created a sense of urgency that ended up driving him, which was the beginnings of a book that ended up changing his life forever. 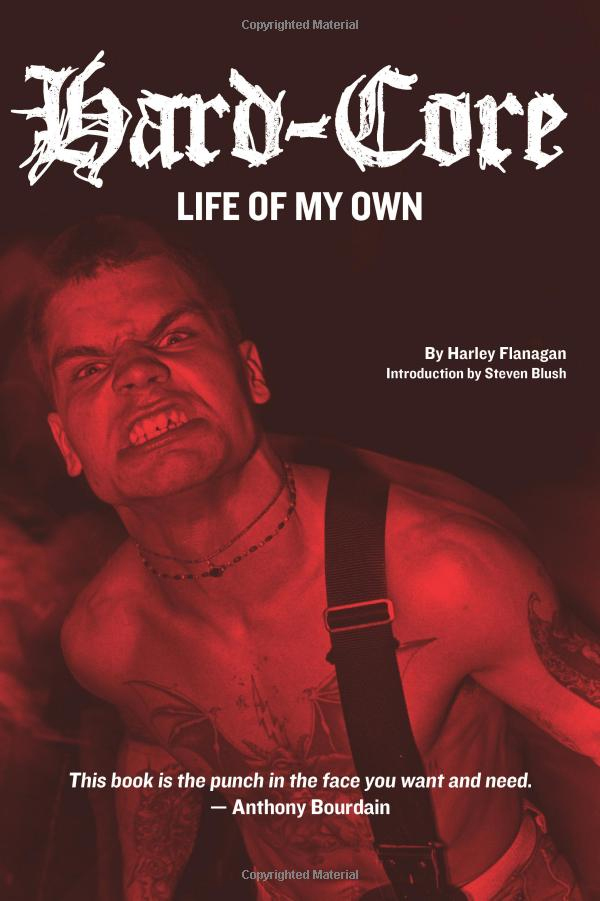 PURCHASE HARD-CORE: LIFE OF MY OWN VIA AMAZON HERE

When he finished fact-checking everything, he wasn’t sure he recalled correctly from those hazy, crazy years, piecing together the backstory and the ‘live’ stories, he handed it to the woman who had agreed to edit it, now his wife and mother of his two children. “My wife, who was not my wife then, edited the thing. Really, what I handed her was a 1,000 page sentence. With no commas, no punctuation.” Laura Flanagan made sure to keep his tone in the book, even though what she was handed was a totally raw, uncut version of the life of the man who she didn’t yet know she’d fall madly in love with.

It’s a really unique experience, getting to know the person you end up deciding to spend the rest of your life with’s life story, before creating a whole new one with them. They’re thinking about putting together a second edition with an additional chapter because so much has happened since then. “So much insane and great shit.” The book ended in such a heavy place that Flea of Red Hot Chili Peppers told Flanagan it made him cry.

A second edition will give those who read about Flanagan’s life in the first book a chance to read about the amazing triumphs that have come in recent years.  Flanagan feels like people need to know how much great stuff has happened since then. “I think it makes a more hopeful story. Because it’s like, dude, if you can really hit rock bottom that fucking hard and then bounce to such fucking heights from that impact, then maybe I got a shot.”

Coming from the mindset he was in, in his 20s and 30s, living as one of the first skinheads in America to now leading a completely different life, Flanagan agrees that at a certain point it’s more about being an adult, speaking to a newer generation and setting a better example. There’s a time when you are on the line for the image you’re presenting and “you also at some point have to take responsibility for the fact that a lot of the things you thought you believed in were not true and a lot of the things you thought you believed in were not cool. A lot of the things you represented were childish and wrong.” He said it’s a tough realization to come to terms with for some people, especially when they know it’s going to “fuck up their market value.” Flanagan is admittedly not proud of the messages he was putting out then and said, “I’m by no means ever going to endorse a lot of the shit that I used to stand for or endorse when I was young… If your anger and your bitterness and your pride is more important to you than making thousands and thousands of people happy, then there’s something wrong. Something fundamentally wrong, man.” In this generation, in particular, a lot of people need to hear that from the people that they idolize, or look up to because young minds are impressionable and not always looking at the whole picture. This is why Flanagan said, “I think people owe it to their fans to progress publicly as humans and to encourage that in their audiences as well.”

Music makes the worst situations bearable and the best situations even better. I'm just here to share the inside scoop and anything you may have missed, while I establish my own voice in the industry. Born and raised in Ottawa, I never go anywhere without a set of headphones. Live music has been my vice for as long as I can remember and sharing stage side stories is a major bonus.
RELATED ARTICLES
cro magsfeaturesharley flanagan