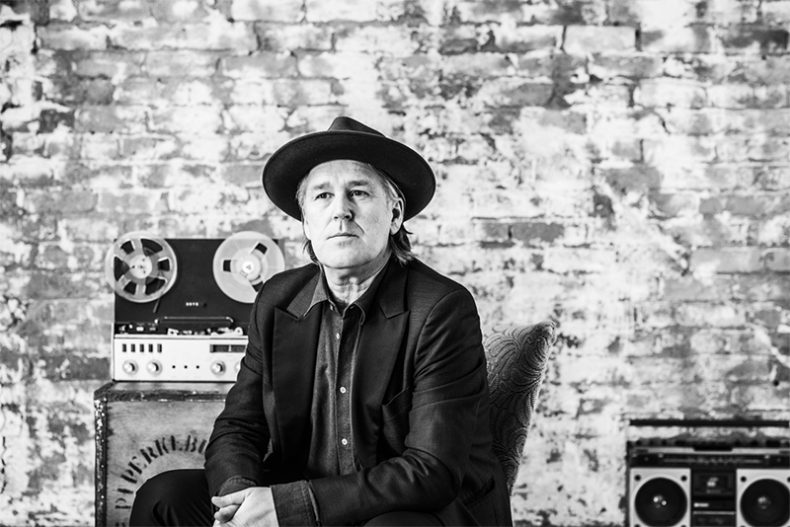 For me, it is hard to believe that China Crisis have been around for over 35 years. Their debut single, “African And White” was released on their own independent label in 1982.

“I remember getting our boxes of 3000 copies of our first single,” recalls Gary Daly during our recent conversation. “I thought we would never sell any of these, but they were gone in two weeks.”

Gary Daly has gone full circle. After many years and many major labels, his recent solo album, Gone From Here, is on his own independent label, and he could not be happier about that.

“I am in control of every little success and failure. I own it. I always thought we would be an independent band. I quite like it.”

It is also interesting that Daly has waited this long to release a solo album. Not that he hadn’t thought about it, but over the last few years China Crisis and his career took him in different directions. In 2015, China Crisis released their seventh studio album, Autumn In The Neighbourhood, which was critically and commercially well-received. The band then toured extensively to promote the album.

“I’ve been trying, since around 2013, to complete a solo album. In fact, some of the songs date back to ‘96-’97. Everyone thought it was a new China Crisis album. But everything got shelved when we got Eddie (Eddie Lundon, the other half of China Crisis) involved. China Crisis is me and Eddie in the studio.”

Gone From Here is a solo album in every sense of the word. It stands apart from the incredible China Crisis catalog and has allowed Daly to be more experimental and work with other artists. For Gary, however, the decision to release a solo album rested on a very simple yet tricky premise. It had to be very good. 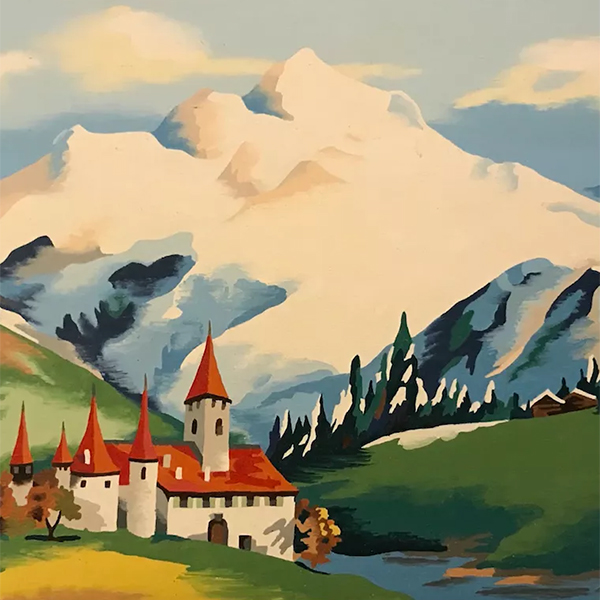 “I was very much of the mind that it had to be the very best it could be. China Crisis has a bar set high for the last four decades. This was very daunting. I want this to be one of their (the fan’s)  favourite albums.

I spent a lot of time mixing it. I would burn CDs and drive around in my car listening to the mix. And the running order of the album was driving me nuts. I know how important the running order is of an album. If it is done correctly, it resonates with people.  After many attempts, I knew that “Write Your Wrongs” had to be the first song on the album. The sleeve had to be perfect too. An artist, and friend, ANGE had this painting and it fit. The painting is very Disneyesque. It is like ‘that’s where we are, man.”

One of the guests on the album is John Campbell, from It’s Immaterial, on the song “Carousel Of Stars”.

“John lives around the corner from me, and he is an incredible artist. It’s Immaterial have an incredible body of work. I had it as a song, but it didn’t resonate with me. So I got rid of my vocals and I just asked him. John took it away and came back with his vocals. The park he refers to in the song is the park both of us live on. It is one of my favourites on the album.”

Gone From Here was also an opportunity for Daly to use music to pause and reflect on his own life. While Lundon teaches full time at Liverpool Institute for the Performing Arts (or as Daly referred to it, “Paul McCartney’s Fame school”), Daly is a full time musician, which allowed him the opportunity to write and record a very personal album.

“Gone From Here is a bit confessional, a bit more intimate, personal. The album is more focused for me. More songs about families and friends, beginnings and ends.”

Daly is also still a music fan as well. Which inspires him.

“I still buy records and enjoy listening to a lot of different artists. I am a big fan of Mountain Goats, John Grant and Sufjan Stevens. Really great stuff.”

For Daly he does not write with solo or band songs in his mind. In his words, “the are just songs” and end up either on a China Crisis album or a solo project. For Gone From Here, Daly had been preparing for a solo album for a while and when the time was right, he “made an executive decision” to record it and release it.

I didn’t ask him what is next. China Crisis are preparing for a summer tour but other than that, next steps are not important right now. Right now it is time to enjoy Gone From Here and celebrate with Gary Daly. As Daly himself says,

“Gone From Here is the perfect soundtrack for the summer.”

He could not be more right.

Born and raised in Whitby, Aaron discovered music through his love of The Beatles. This led to a career in radio, writing for various publications, and ultimately a radio show about The Beatles (Beatles Universe), which ran for over four years. When not immersed in music, Aaron enjoys spending time with the loves of his life -- his wife Andrea, and daughters Emily and Linda (all of whom have an intense love of music too).
RELATED ARTICLES
china crisisfeaturesgary daly

by Aaron Badgley on October 30, 2019
CREATING EXPERIENCES A CONVERSATION WITH ED SOUSA, DIRECTOR OF CLASSIC BOWL The 1980s and bowling: two things that go together like fish and [...]
7.0

by Aaron Badgley on May 31, 2019
Gary Daly Gone From Here Independent Gone From Here is Gary Daly’s debut solo album. Daly, of course, one of the founding members of China Crisis, a group still very much active and still [...]