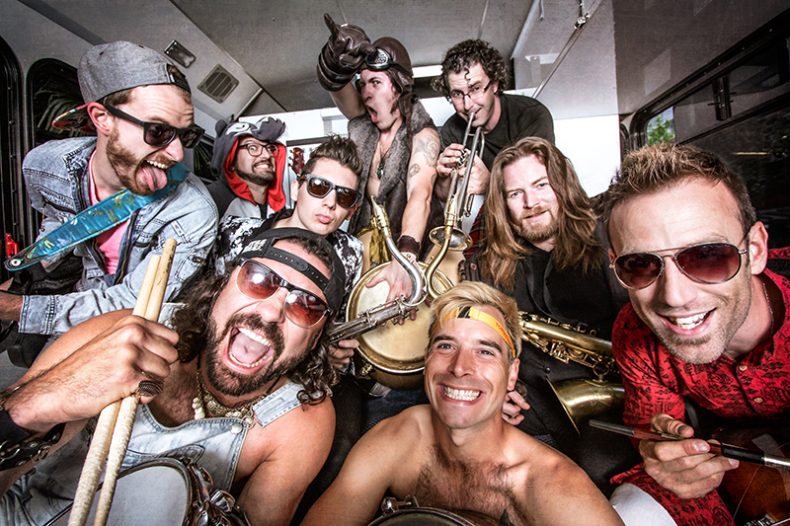 FOR A CHANCE TO WIN 2 TICKETS TO FIVE ALARM FUNK CONCERT AT THE LEGENDARY HORSESHOE TAVERN IN TORONTO!

SPILL WANTS TO SEE YOU AND A FRIEND HIT THE UPCOMING FIVE ALARM FUNK HORSESHOE TAVERN SHOW ON JULY 7th!

ONE PAIR OF TICKETS TO BE WON!

SUBSCRIBE TO THE OFFICIAL SPILL MAGAZINE NEWSLETTER BELOW FOR YOUR CHANCE TO WITNESS A FANTASTIC LIVE SHOW THIS SUMMER – COURTESY OF SPILL MAGAZINE!

The nine-piece Vancouver-based band are over a decade deep into a career that has seen them release five acclaimed albums and burn up stages across the country on five national tours. Their catalogue includes Anything Is Possible (winner of Instrumental Recording of the Year at the 2011 Western Canadian Music Awards) and Rock the Sky (which was nominated for Instrumental Recording of the Year at the 2013 WCMAs and Instrumental Album of the Year at that year’s JUNO Awards.)Their fifth studio LP, released in 2014 is the hard-rocking Abandon Earth, a concept record about the destruction of Earth by a giant tyrannical robot. The band will head into the studio this fall to record their 6th studio album.

SPILL NEWS strives to keep our readers up to date with news and events in the music industry. We keep you informed of the most recent information regarding new releases, tour dates, and information items about your favourite artists.
RELATED ARTICLES
contestfive alarm funkthe horseshoe tavern