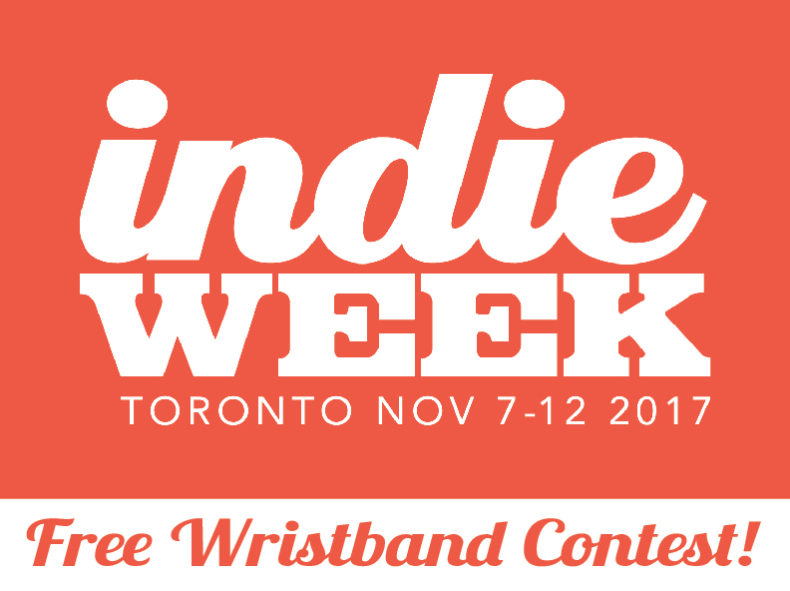 ENTER FOR YOUR CHANCE TO WIN 1 OF 2 ALL-ACCESS WRISTBANDS TO INDIE WEEK TORONTO 2017!

2 WRISTBANDS TO BE WON!

SUBSCRIBE TO THE OFFICIAL SPILL MAGAZINE NEWSLETTER BELOW FOR A CHANCE TO WIN YOUR VERY OWN INDIE WEEK WRISTBAND – COURTESY OF SPILL MAGAZINE!

Indie Week, the six-day tastemaker event taking place in the heart of the Toronto, has announced the first wave of artists performing November 7-12, 2017, as well as details for Indie101, its accompanying music and tech conference, and Health & Wellness Day.

Featuring more than 200 of both emerging musicians and leading industry speakers across over 25 venues — and supported by key pillars for breakout stars, such as Slaight Music — Indie Week and Indie101 reimagines the conference and festival experience by bringing the community together for inspiration, education, and live music from bands and artists not currently signed to a major label.

The conference — Indie101 — sets a different kind of stage, allowing a global platform for attendees to both discuss and soak up new knowledge on the bustling and evolving future of the music business. These insightful, informative panels, demo listening sessions, mentorships, and more will be led by some of the most inspiring names in the music, film, and tech industries.

Indie Week kicks off with bands, beer from Hop City Brewing Co., cocktails by Jack Daniel’s, food, and more on Tuesday, November 7 at The Hideout. Last year over 400 VIPs, delegates, film makers, and esteemed artists mixed and mingled while enjoying cocktails provided by Jack Daniel’s and our other event sponsors.

Spanning more than 25 venues across the city, specialty showcases are very much at the heart of Indie Week and its draw. 2017 is no different with a dozen-plus of these specialty lineups, including an Irish Showcase, Pop Montreal, Exclaim!, Mississauga Music, ATX6, Music Nova Scotia, Seneca, Mobius, M88, Pushcart, The Library Collaborative, Music Ontario, and more.

Friday, November 10 at The Nest marks a special new addition to Indie Week and Indie 101 in the form of Health & Wellness Day. Having started as just a single panel in 2016, the overwhelming response inspired Indie Week to devote an entire day to advocate, educate, inspire, and support optimal health and well-being for everyone in the industry.

Health & Wellness Day will feature a keynote address from Chuck Randall (Alice in Chains’ and The Cult’s tour manager), as well as guest speakers Martin Atkins (Nine Inch Nails, Public Image Ltd.) and Marky Ray (former tour manager for Nine Inch Nails). Yoga, diet, healthy eating, and maintaining a healthy lifestyle on tour will be on the docket, as well as resources, support, focus, and decreasing social stigma on the mental health, addictions, and general wellness hurdles that often arise within the music community.

2017 is Indie Week’s biggest and best year yet with more attendees and media, this is the event to be at!

SPILL NEWS strives to keep our readers up to date with news and events in the music industry. We keep you informed of the most recent information regarding new releases, tour dates, and information items about your favourite artists.
RELATED ARTICLES
contestindie weekindie week 2017