Multi-national Rock outfit KYROS featuring Adam Warne, Joey Frevola, Sam Higgins, Peter Episcopo and Robin Johnson have release the first music video from their highly anticipated Monster EP and it’s stunning! Never afraid to take song writing and musical experimentation to a new level, KYROS have now produced a beautiful video. This band are talented and the artistic qualities are clear. The guys appear as sonar manifestations against the back drop of a mystic Desert City,  while a spectre of light transverses across the sand swept wilderness. 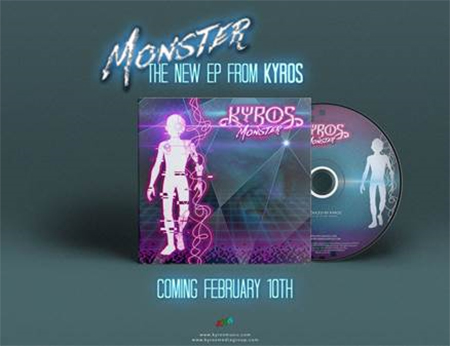 The Musical talent is clear here as the track modulates effortlessly between rhythm and key. The high octane intro immediately grabs your attention, before smoothly shifting into a funk groove. Creating fresh, new and exciting music is nothing new to this band with influences ranging from  Depeche Mode and Kate Bush,  to alternative rock, such as Muse and Porcupine Tree. The later of these influences is clear, with the Chorus fitting to fill a stadium. Although only having existed for a few years, the group has already released a critically acclaimed debut album and gained a loyal London following.  The Monster Ep is this bands most Ambitious venture so far, with KYROS standing Indiependent labels and embracing a more unique and free flowing sound. Music’s creative freedom has been missing for too long, and it’s great to see a band unafraid to take risks and push boundaries, I hope to hear great things about KYROS in the near future.

“You’ll do it again, you’ll mess up my brain, I’ll figure it out in myself.”