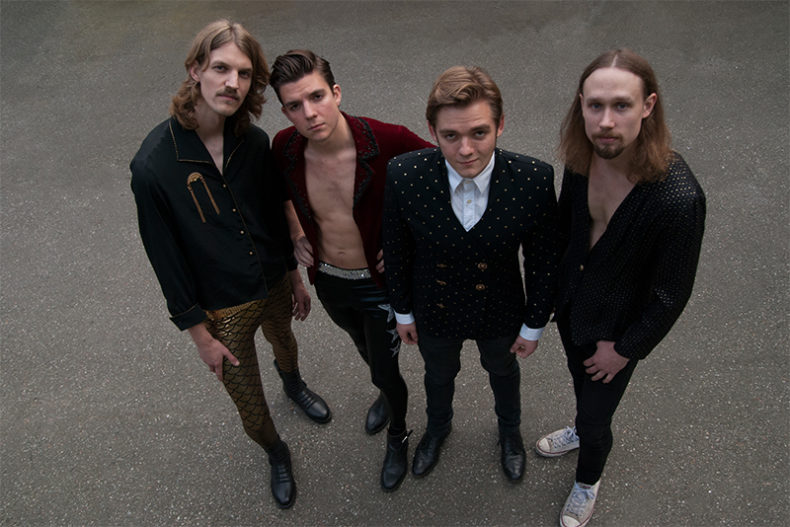 Providing their listeners with melodies and harmonies strongly reminiscent of early 70’s glam rock while also retaining a driving rawness to their sound, Humble Moon have quickly found their feet on the local club scene as well as made their introduction on the London stage.

A rock group hailing from the suburbs of Stockholm, Sweden, Humble Moon was formed by brothers Carl and Tom Jirlow who shared an idea of how rock music should sound, and look. Soon, after ads were put up online and in the capital’s various music stores, able bass player and vocalist Erik Göthfeldt joined the group. After a short period of trying out drummers, Humble Moon could subsequently became complete when skilful drummer Patrik Landberg accepted to become part of the band.

Humble Moon are eager to show the world what their positive, catchy rock music can do, and are only looking upwards and onwards.