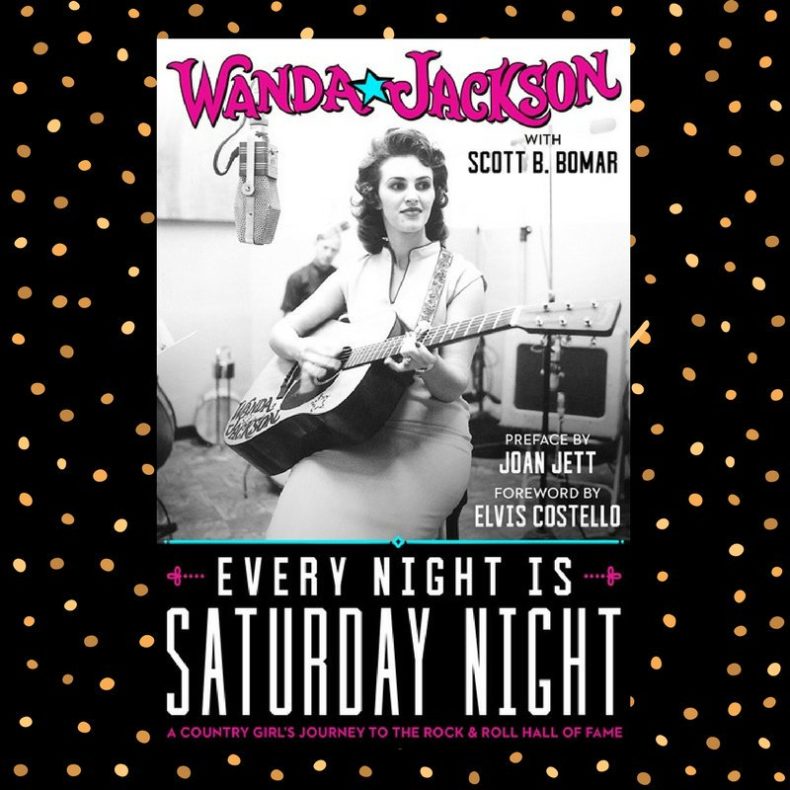 Wanda Jackson and Scott B. Bomar – Every Night Is Saturday Night: A Country Girl’s Journey To The Rock & Roll Hall of Fame

This book has been a long time coming, and thank goodness Wanda was able to tell her own story in her own words. Not every memoir or autobiography works or is worth reading with some artists preferring to reimagine the past or sugar coat it.

Wanda Jackson does not do that at all. Every Night Is Saturday Night: A Country Girl’s Journey To The Rock & Roll Hall of Fame is a brilliant book from beginning to end. It reads as though she is telling her story, and perhaps that is how it was done, with her telling her story to Scott B. Bomar. The book is certainly in her voice and as one reads it, it is like an older relative or friend telling their story.

And what a story it is. Without even trying, Jackson broke down barriers for women in rock and roll just as much as in country and western. Pure and simple. She is not boasting, but merely telling it as it is. From her childhood, to her infatuation with music growing into a full fledged career, the book is full of information and an insite to seven decades of the music business. The book is also full of some very awesome photos, many never seen before.

Jackson is not bitter nor mean spirited, but she is honest. Her chapters about her relationship with Elvis (and her future husband’s jealousy of Elvis) is funny, touching and informative showing the reader a different side to Elvis. It is interesting that another Elvis (Costello) wrote the forward. But she is very honest, sometimes to a fault, including her problems with drinking and the impact on her marriage. 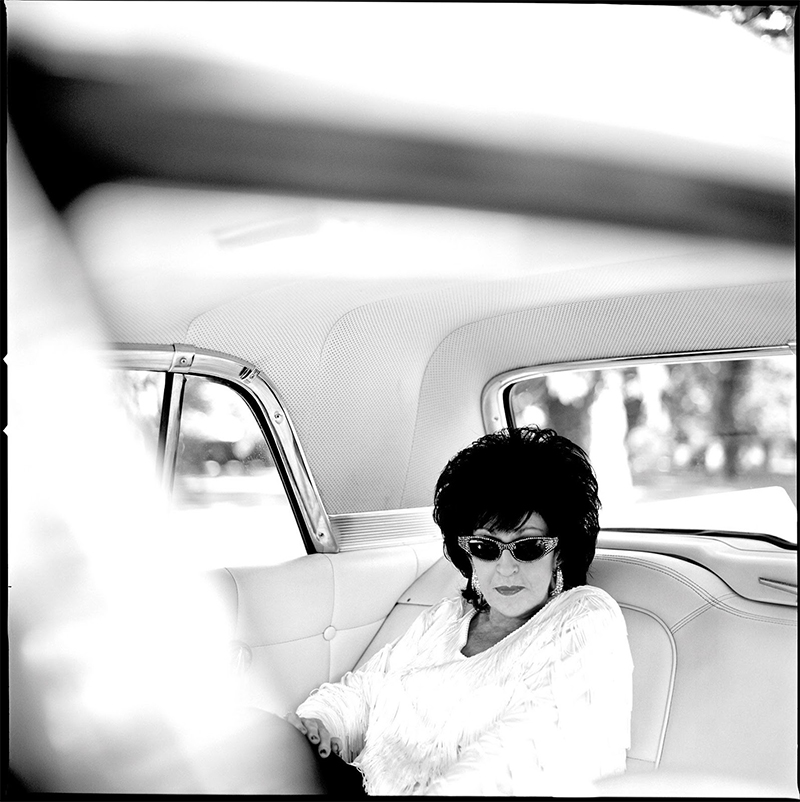 Jackson is not afraid to pull punches. She is very honest about her relationship with God, and how two industries turned their back on her. This is the secular world and the gospel world. It is interesting and again a fantastic front-seat view of the music industry. Again, she does not write out of bitterness, but rather writing truthfully about what had happened. She does express her frustration but in true Wanda Jackson style, she gives both sides.

The whole book follows the same principal. In detailing her life and career, the book also details the music business in the 1950s (singles ruled), 1960s (her shift to albums and writing), the 1970s through to the 2010s. She was there through it all and she is able to comment on the industry and the changes she sees.

Perhaps the most interesting entry to read in the book is her career resurrection in the 1980’s, in Europe and how it took a long time to make it back in the U.S. Her story of recording in German is funny and touching. She also points out that her only two number ones came from Japan and Germany, not the U.S.. The country that started her career in music gives her a great deal of success, but not the coveted number one. Further she details her struggle to get into The Rock & Roll Hall of Fame.

Every Night Is Saturday Night: A Country Girl’s Journey To The Rock & Roll Hall of Fame (I love the title) is a great book. It not only tells her story but offers a brief history of rock and roll. She also provides a context of being a woman in a male dominated field. The book is beautifully written, and it is one that I will be rereading. It is a great story and she is a lovely artist who has influenced generations, and she still lists things she wants to conquer. This is highly recommended for anyone who has a passing interest in rock, country or this incredible rockabilly artist, Wanda Jackson.

Purchase Every Night Is Saturday Night Via

Born and raised in Whitby, Aaron discovered music through his love of The Beatles. This led to a career in radio, writing for various publications, and ultimately a radio show about The Beatles (Beatles Universe), which ran for over four years. When not immersed in music, Aaron enjoys spending time with the loves of his life -- his wife Andrea, and daughters Emily and Linda (all of whom have an intense love of music too).
RELATED ARTICLES
booksevery night is saturday nightscott bomar