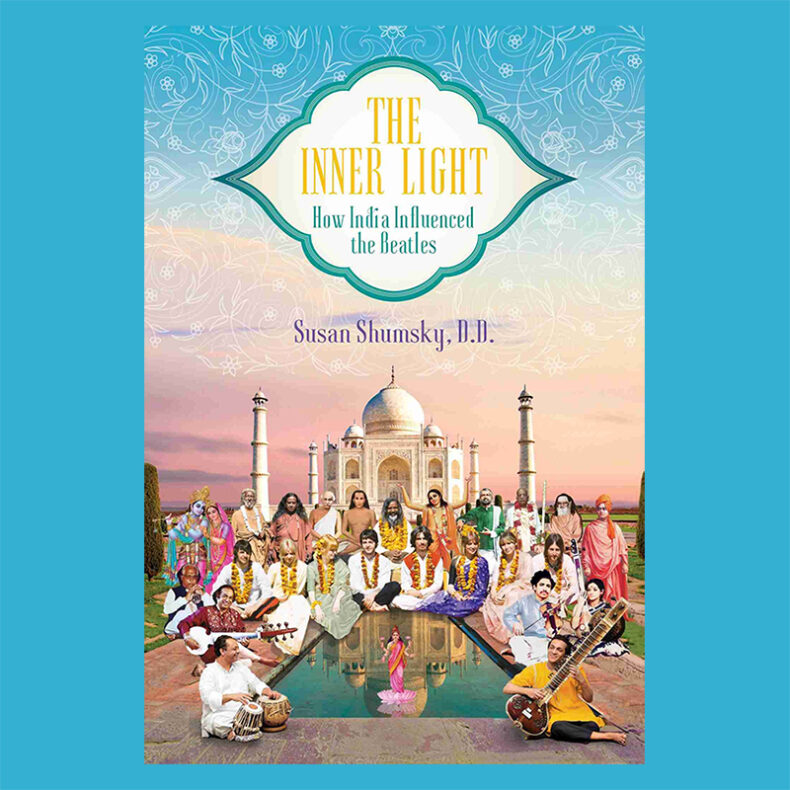 This is not the first book Susan Shumsky, D.D. has written about The Beatles and their time in India. Her previous book, Maharishi & Me, was more a personal memoir about her involvement with Maharishi Mahesh Yogi, known as The Maharishi, and how The Beatles figured into her own story. The Inner Light: How India Influenced The Beatles is a very different book. With this book she sets out to explore the impact India, The Maharishi, and spirituality impacted The Beatles and their music. This is a very ambitious endeavor, and as it has been explored before in books and documentaries. Shumsky had to find a different angle and she does. Here Shumsky spends a great deal of time and explores many areas of The Beatles and solo Beatles and she does succeed with her goal. What makes it different is the extension into their solo years.

When The Beatles became involved with India and The Maharishi, the world was listening. George Harrison has been credited with creating World Music by introducing Ravi Shankar and classical Indian Music to the Western World. And besides music, The Beatles introduced Transcendental Meditation (T.D.) to a large population and assisted in its rise in popularity. It existed long before The Beatles, but their interest in it guaranteed press coverage and attention around the globe. Shumsky examines this but ties in other issues as well.

One issue she addresses is drug use by The Beatles and how it was associated with spiritualization and awareness. It is interesting to read, through interviews and the music, how LSD and other substances influenced The Beatles. This is not news and Shumsky does a great job in not passing judgment, but she is able to explain the impact on their songs and lifestyles. But she is clear that everything is connected and how one thing does lead to another.

The other interesting thing about the book is the use of QR codes. As Shumsky describes an event or song, one simply scans the QR code which takes the reader to a song, video, interview or some visual in order to illustrate a point.

It is also great that she goes into their solo careers to see the lasting impact of this stage in their career. It is easy to trace songs by George Harrison in his solo career but it is a welcome addition to read about Ringo Star’s ‘peace and love’ and his current music. John Lennon and Paul McCartney receive equal treatment. This addition of looking at solo careers up to present day  supports her claim about the influence of India and The Maharishi.

As good and as thorough as the book is, it would have been interesting for her to look at how India was influenced by The Beatles and the impact they had in that country. There is some of that, but more on that subject would have been welcomed. However, this is a small complaint, overall it is an excellent book.

Purchase The Inner Light: How India Influenced The Beatles Via