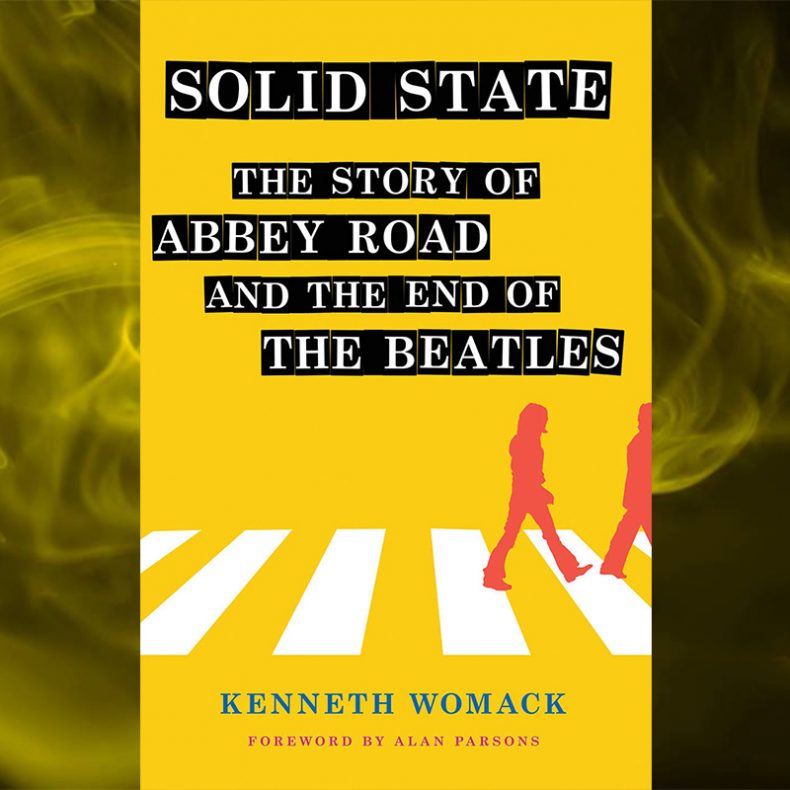 KENNETH WOMACK – SOLID STATE: THE STORY OF ABBEY ROAD AND THE END OF THE BEATLES

Having written several books on The Beatles as well as a two-volume set about George Martin, Kenneth Womack has become a Beatles scholar. By now, fans of his writing have come to expect well-written and informative books. With his latest offering, he has hit it out of the park once again. Beatles fans should make space on their bookshelf for his latest offering, Solid State: The Story of Abbey Road And The End Of The Beatles.

As always, Womack has done his homework. He has conducted interviews with the people who were there, including Alan Parsons and Ken Townsend. Combining interviews with an exhaustive search of Beatles literature, he has been able to piece together the recording of the landmark album Abbey Road, allowing the reader to go behind the curtain.

Womack has put everything into context, and as a result the book does not include gossip. It does, however, include a description of the environment in which The Beatles put together the masterpiece, looking at current events, the rest of the current music scene, and when relevant, the band’s private lives at the time.

As we all know, very little of their lives has remained private. John Lennon’s relationship with Yoko Ono and how it impacted his music is well-known, as is the in-fighting that went on prior to the album’s release, during the Let It Be sessions. What makes this history different is that Womack is able to address such issues and neutrally set the scene for the recording of the album.

Womack offers the reader little gems of information that are not widely known. A common misconception is that Harrison temporarily left the band during the Let It Be sessions because of Paul McCartney, but it was actually due to an argument with Lennon. Another fact that may surprise some is that Ringo Starr came up with the title of the album. Without giving away any more spoilers, it’s safe to say that Womack covers every little detail: recording, the cover art, even the tape machine used.

Womack writes in such a way that reading Solid State: The Story of Abbey Road And The End Of The Beatles is almost like reading a novel. He conveys a great deal in a mere 288 pages, impressively staying away from personal opinion. Yes, he recognizes the genius of the work, but this is a book about the recording of an album, not a review. Far too many written histories of The Beatles fall into the latter category, making it frustrating for the reader.

Womack has created an account of the Abbey Road sessions that is extremely well-researched and well-written. The timing of the publication is perfect, given the recent success of the 50th Anniversary Reissue of the album. It is well worth a read for die-hard fans, and even casual fans, who are interested in how this work of art was created.

Born and raised in Whitby, Aaron discovered music through his love of The Beatles. This led to a career in radio, writing for various publications, and ultimately a radio show about The Beatles (Beatles Universe), which ran for over four years. When not immersed in music, Aaron enjoys spending time with the loves of his life -- his wife Andrea, and daughters Emily and Linda (all of whom have an intense love of music too).
RELATED ARTICLES
alan parsonsbookscornell university press