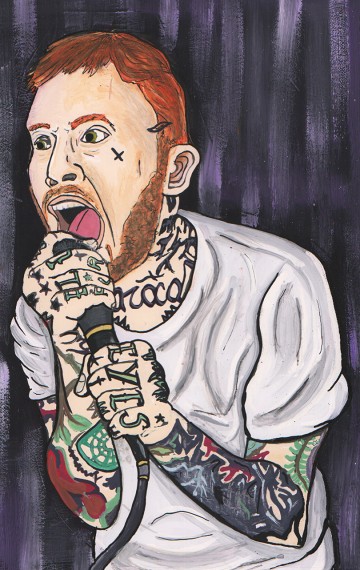 In case you didn’t know Frank Carter is the former Gallows and Pure Love front man – two bands that couldn’t be much further apart if they tried – one that pushed punk and hardcore into the British mainstream, the other are more upbeat expansive sound. His new project Frank Carter & The Rattlesnakes is firmly in the camp of angry snarling and fierce. They emerged seemingly out of nowhere earlier this year with the single ‘Fangs’.

Daniel is an illustrator/graphic designer based out of Austin Texas. He graduated from Pratt Institute with a Bachelors degree in Illustration and an Associates degree in Graphic Design.Daniel started his career in graphic design in the world of online casinos. Since then he’s worked with various clients from around the United States and Canada including but not limited to NHL, Subway, Paraco Propane, Pitney Bowes, Xerox, Conduent, Nestle Waters, The Spill Magazine, Stamford CT’s DSSD, Beechnut Baby Foods, Elizabeth Arden and much more.
RELATED ARTICLES
daniel adamsportraits