SPILL ALBUM PREMIERE: O FRONTERA – IN THE ARMS OF STOICS

Music Premiere
146
previous article
SPILL #CONTEST - WIN A PAIR OF TICKETS TO SEE HOLLERADO ON OCTOBER 19!
next article
SPILL NEW MUSIC: SOULWAX SHARE VIDEO FOR "IS IT ALWAYS BINARY" | 'FROM DEEWEE' OUT NOW 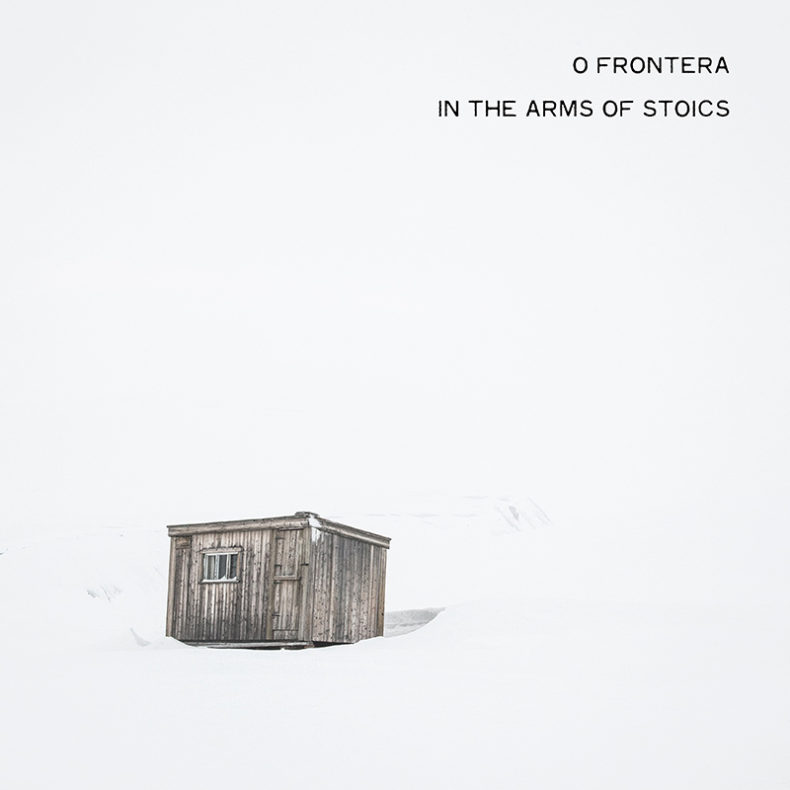 O FRONTERA – IN THE ARMS OF STOICS

Toronto-based experimental post-rock trio O Frontera are independently releasing their first full-length album In The Arms Of Stoics this Friday, October 6th but you can listen to full album now via this exclusive premiere. In The Arms Of Stoics is O Frontera’s first full length but it’s not their debut release. The band released their beautifully sparse O Frontera EP in 2014 and since then have evolved to incorporate elements of classical, ambient, pop, and experimental music. Their sound is cinematic and the influence of Radiohead, Sigur Rós, and Philip Glass can be heard immersed in the ambient soundscapes of their music. The cinematic element of their music means it’s often used for film and commercials – the instrumental version of O Frontera’s Rien Ne Se Perd was recently used in the ad for Virgil Abloh’s Off-White x Jimmy Choo collab which was unveiled at Paris Fashion Week. You can watch the video HERE.

O Frontera is made up 3 members: Sebastian Cushing (vocals/guitar), Emily Wang (viola) and Sarah Riegler (percussion/vocals) and together they explore the relationship between melodic and rhythmic hooks by playing with song structures to create O Frontera’s powerfully evocative music.  When making In The Arms Of Stoics the band wanted it ebb and flow like a great story often does; when the album plays from beginning to end, it’s narrative flows like a film. And because it feels cinematic and like a continuous piece of art, it’s difficult to single out a favourite track on the album.

“My answer to this has changed multiple times over the last year,” says Sebastian Cushing. “Belle Époque is one song I find myself frequently returning to. It’s so raw. It’s one of those songs that takes me back to the moments when I wrote it. Another one is Letter to Catherine. That song was inspired by Michael Collins, the Irish independence hero. While fighting he would send love letters to his fiancé. I was fascinated by the breadth of the man. He risks his life for his cause but still has an enduring love for this woman. It was like the wounds of war couldn’t completely harden him. Channelling those stories is such a powerful experience as a songwriter.”

O Frontera’s new album In The Arms Of Stoics will be available on Spotify, Apple Music/iTunes, and other digital retailers and streaming services this Friday, October 6th. See them live in Toronto at their Album Release Show on Saturday, October 7th at Art Square Gallery.

O Frontera In The Arms Of Stoics Album Release Show