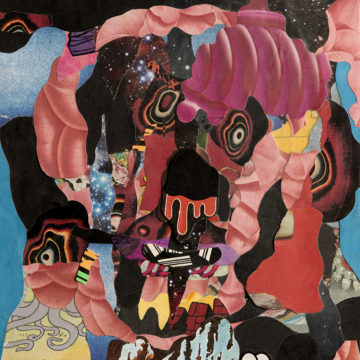 Jaguar is the sixth release from Young Mammals, which was forged from a middle school friendship between Cley Miller and brothers Jose and Carlos Sanchez.  Drummer Justin Terrell group is the additional band member, all hailing from Houston, Texas.

Originally known as the Dimes before being involved in a copyright issue with a band from Portland, Oregon, the quartet became known as a power-pop indie band and garnered the title of best new act at the 2007 Houston Press Music Awards.

The spiritual inspiration for the record is credited to Jean Rouch’s 1968 film of the same name in which a small group of men have left their homes to make their fortunes in Ghana, Africa. “The energy of the film, the music, and the idea of becoming a jaguar in the city resonated with me,” says singer Carlos Sanchez. “That’s what started the initial writing for our record.”

The end product is a flowing series of well-constructed songs, ranging from tender compositions such as “Heavenly” to energetic pieces such as “Jaguar”. Each of the ten official songs (there are two bonus tracks) possesses a distinct melody and flavour, making the album engaging.  The variety of approachable songs captures the writing prowess of the band members.

Like Rouch’s film, which idealized life in 1960’s West Africa, the Young Mammal’s Jaguar has given listeners a taste of what inspired song writing can produce.

An educator who also tries to introduce others to great music. It's a never ending job.
RELATED ARTICLES
album reviewsjaguar
9.0