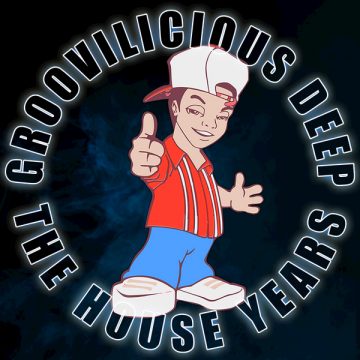 Groovilicious released its entire catalogue via Digital Distribution for the first time on September 9, 2016. The catalogue’s uplifting 1990’s House anthems are featured on Groovilicious Deep: The House Years via SoundCloud, and instantly transport the listener back to a late ‘90’s House club.

Groovilicious, founded in 1995 by Michael McDavid, began as an offshoot distribution by New York House label Strictly Rhythm. McDavid, who came from the West Coast, brought an A&R vision of signing releases with a bit harder House sound and to expand from New York’s nucleus. Early releases included California’s Sweet Drop and Chicago’s Ralphi Rosario (Rosabel). But McDavid was quickly enmeshed in the thriving New York club scene, led by (DJ) Junior Vasquez (Factory, Tunnel and Arena/Twilo). “Vasquez had risen to prominence with his residency as sole DJ at the Sound Factory, a cavernous space in a seedy warehouse district on the western fringes side of the Chelsea neighbourhood in midtown Manhattan. During the early ’90s Vasquez forged a harder, tribal-edged sound as he moved away from the more soulful and melodic styles of House that had previously dominated New York.” Vasquez gave Groovilicious its breakthrough release with the controversial “If Madonna Calls,” a track sampling an answering machine message by artist Madonna, a regular at Sound Factory. Madonna was unimpressed and tried “in vain to block its release.” No such luck. The track rose to #2 on Billboard’s Dance chart and a top 30 spot in the UK Pop chart.

Groovilicious Deep: The House Years is a walk down memory lane, recalling various club nights from the tri-state area and beyond. Be prepared for flashes of confetti-drenched drag queens in epic nightclubs to sneakers tearing up on underground dance floors into the wee hours of the morning.

Talia Wooldridge is an avid music lover, composer and ethnomusicologist who contributes artist interviews, live concerts, festivals and album reviews for Spill Magazine. She has written extensively on the intersection of music, personal identity and cultural symbolism with an early focus on Latin American Hip Hop and female Cuban rappers. In her spare time, Talia writes, composes music and manages Music Can Heal, a non-profit that brings live, award-winning musicians to inspire healing in hospitals, hospices and communities in need. Her next project is an interactive music-travelogue exploring music cultures and music travel around the globe. Follow her here: www.taliawooldridge.com + www.movetoyourownbeat.com.
RELATED ARTICLES
album reviews
8.0