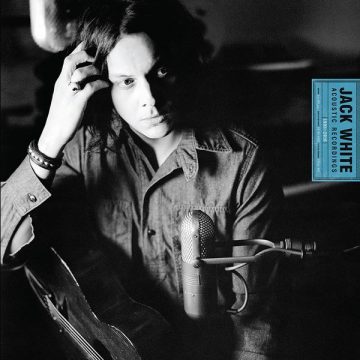 If this was the first Jack White album you’d ever heard, you might not even realize it’s an anthology. It could easily be misinterpreted as just another classic Jack White blues-rock album. If you’d never heard him before, you might think that every song on this compilation, while good, sounds the same. White is one of those musicians you can recognize immediately, with his whiny Robert Plant-esque vocals and highly stylized, slightly out of tune guitar. Without a doubt, he has a sound, and it doesn’t go unnoticed in this latest project. Acoustic Recordings certainly reveals his true artistic and musical identity, at least for the moment.

A collection of songs spanning from 1998 to 2016, with work from The White Stripes, The Raconteurs, and his two solo albums, most of the tracks are taken straight from previously released records, some without any remixing. Notable exceptions are the songs “Love is the Truth” and “City Lights”, which were both formerly unreleased. Some songs are redone, or, simply, the electric guitars are mixed out of the full recording. “Just One Drink” is a stripped down version of the original. Both versions of this song are infectious, with a fiddle player that even country-haters would appreciate. At the start of “Carolina Drama”, it seems that there are some barely audible hints of the original guitar, however, it does not take away from the otherwise acoustic song.

This compilation shows that no matter what group he is in, Jack White is Jack White. The chord progressions, vocal style, honky-tonk and barrel-house piano riffs, playful and meaningful lyrics that invoke a landscape of imagery; these are easily found in each and every song. For some, this may be stagnant and boring. It could also be seen as a contrived, lengthy piece of work that is released in order to mollify honchos of record companies (ironically, Jack White is the head honcho of his record label). But for others – either the super-fans or those who simply enjoy his music on a surface level – will have no problem with the same old bluesy songs and the irresistible foot-stompers they’ve all heard before.

The Spill Magazine is a Toronto-based online publication dedicated to covering the independent music scene with a strong focus on our thriving hometown talent. Our writers bring you up-to-date news, in-depth features on musicians and reviews for the latest CD releases. We also travel to the front lines for all local festivals including Canadian Music Week and North by Northeast.Don’t forget to check out our Facebook and Twitter pages for all daily Spill updates.
RELATED ARTICLES
album reviewsjack whitethird man records
9.0