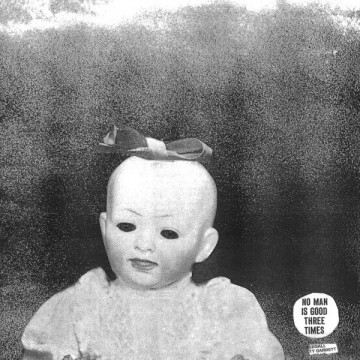 Since his 2008 solo debut, Ty Segall has proved to be one of the most prolific musicians around today, releasing a total of eight solo albums. Segall has experimented with garage rock, heavy metal, psychedelic folk and even glam rock on his previous studio album, Manipulator.

With his many side-projects and solo efforts, each seeming to break new ground, it’s hard to imagine how he can continue to challenge his listeners. Emotional Mugger is the answer to those who were questioning him. Its jarring guitars and oddly syncopated electric organ riffs are a challenge to even his most hardcore fans. Even in his live performances he has begun to test his audience as he has taken to wearing a baby mask on stage, similar to the one on the album cover.

From the start of the opening track “Squealer,” it is clear that Segall is taking us in a different direction. The Marc Bolan-inspired Manipulator featured a healthy mix of thrashing electric and upbeat acoustic hooks. Segall even layered strings on tracks like “The Clock” and “The Singer,” echoing T. Rex’s Electric Warrior. On Emotional Mugger we see that he is delving deeply into the realm of psychedelia, channeling the music of his childhood idols The Mummies. The result is a noticeably less commercial sounding album than Manipulator.

While the album may explore new territories, “Candy Sam” is a classic Segall tune, with his characteristic grungy solos and heavily distorted barre chords. “Diversion,” a cover of The Equals’ song, is also reminiscent of his older material, but is far less catchy than the original version.

Despite being one hell of track, “Squealer Two” is somewhat of an anomaly on the LP. Here we see Segall trying out some George Clinton-esque funk, which may seem a bit unorthodox, but the result is absolutely mind-blowing.

Even though Emotional Mugger isn’t as consistent as Segall’s Twins and Manipulator, it still shows that he isn’t afraid to break new ground and continue incorporating different genres into his music. But with an artist like Segall, it’s not easy to be prepared for what is to come.

As a child growing up in the suburbs, Ryan found music as a way to soothe his boredom. After first hearing AC/DC at the age of 10, he was hooked on music. Tracing its roots to the ‘50s, he became obsessed with Elvis, Buddy Holly and Chuck Berry. Somehow that led to grunge, then psych-rock, then jazz, etc. The list goes on and on and his collection of vinyl records continues to grow.
RELATED ARTICLES
album reviewsty segall
8.0