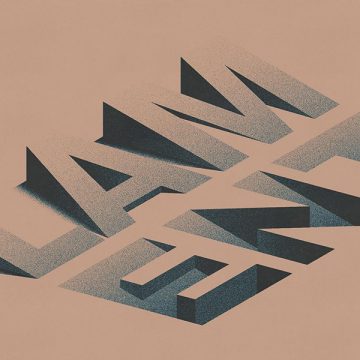 Los Angeles post-hardcore band, Touché Amoré, has come to lighten things up with their fifth studio release, Lament. Since their inception back in 2007, Touché Amoré has tackled a myriad of tough subjects such as angst, alienation, cancer, and death throughout their four albums. After a decade of darkness within their career, Lament is the silver lining. This comes after their emotionally cathartic 2016 release, Stage Four, in which vocalist Jeremy Bolm was in mourning and paying tribute to his late mother.

Lament is a musical introspection that shines a light on what life has been like for the band since then, undertaking themes of fragility, empathy, politics, and love, with unfeigned lyricism and bright instrumentalism, enveloped within a sense of newfound hope. Working with America’s most well-known heavy metal music producers Ross Robinson, Touché Amoré have walked out with one of the most fantastic albums ever to come out of their decade-long career.

Lament starts things off with an effectively booming first attraction, “Come Heroine”. This first track takes us back to what we are used to hearing from the band. With Jeremy Bolm’s intense screams to instrumentally firing off on all cylinders, the first track emerges with melodic white-hot guitar energy and double-time thrashing zeal. “Come Heroine” is a confident track that shows how to deal with grief hand and hand, not hide behind it. This centerpiece is the perfect way to start the record and provides a great segue into other star-studded moments featured on this incredible album.

“Reminders” is the heart and soul of this record. There isn’t a song with an energy quite like it on Lament. Lyrically and instrumentally a chameleon among the other tracks, “Reminders” sets out to prove with its melodic guitar prowess and percussive genius that Touché Amoré is not only reinventing what hardcore should sound like but also that they have the staying power for the genre today.

Another beautiful juncture on this album is “Savoring.” There is something that is just gritty and airtight about the guitar lines in this track that makes it stand out along with its edgy percussive cadence. “Savoring” also couples in an impressive twinkling guitar solo that makes this stand out with Bolm’s characteristic blaring vocals, making it one of the top listening experiences on this album.

“I’ll Be Your Ghost” is another spirited number full of spontaneity and honesty. Despite the infectious instrumentals at play here, Bolm’s vocals by far stand out the most on this track. His unique range continues to dazzles the listener as it compliments gravid themes intertwined with illumination and purpose. It is why he stands out as one of the best hardcore vocalists for over a decade.

Lament is about picking up the pieces and bittersweet acceptance. While things will never be perfect, you can turn your life around. Life and decisions can change to mold the new life you have grown to build for yourself. Lament holds power of what it means for each day to have a purpose, the stories found, and the memories that we cherished within them. Touché Amoré has once again proven with their fifth album that no better band can pull off raw and passionate hardcore as only they can.