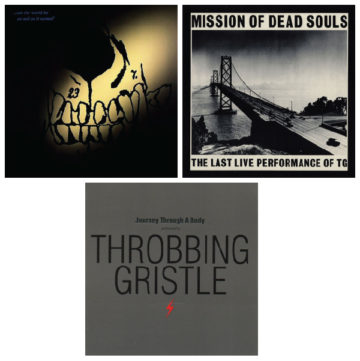 Throbbing Gristle were Chris Carter, Peter “Sleazy” Christopherson (who passed away in  2010), Cosey Fanni Tutti and Genesis Breyer P-Orridge. They formed in 1975, and broke up in 1981, and reformed from 2004 until 2010. Their albums have been sought after by collectors and fans since their original releases. The albums have become prized possessions because they are brilliant but also they were originally released in limited numbers by the band on their own label, and small European labels, for the most part. Last year Mute Records began a reissue campaign in which their catalogue would be reissued in stages. Stage one, featuring the three albums The Second Annual Report, 20 Jazz Funk Greats and The Taste of TG: A Beginner’s Guide To Throbbing Gristle.  This year the albums Heathen Earth/Journey Through A Body/Mission of Dead Souls receive the reissue treatment.

Throbbing Gristle are one of the most important bands in rock history. They are, quite rightly, held in high regard for their innovation, creativity and basically developing industrial music into a genre. Keep in mind, they started in 1975, before punk, electro, new wave, before it all. Influenced by the likes of John Cage, Yoko Ono, and Suicide, they were equally influenced by The Beatles, The Beach Boys and other pop music. This led to a very unique sound, one that holds up to this day.

These three albums need to be taken as a whole. They compliment each other and ideally should be listened to as a set. For the purposes of the review, they will be addressed in the original order of release. Let me be clear from the outset, Throbbing Gristle is not for everybody. They are industrial, noisy and dark. Dig deep enough and there is also humour, but it is dark humour. Listen to “Painless Childbirth” at the end of the original vinyl version of  Heathen Earth, a spoken word piece addressing the listener that they have achieved relaxation through the use of the music. Funny stuff. 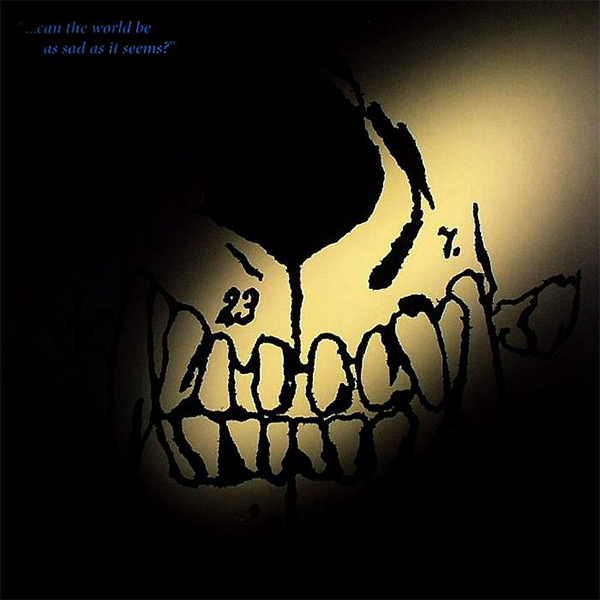 Heathen Earth was originally released in 1980 on the band’s own Industrial label. Ten years later it was released on CD with a bonus CD of live material. This rerelease is of the 1991 reissue, and includes the bonus live material. Heathen Earth is a live album, albeit in front of a very small audience, but it is live and never boring. And perhaps even more impressive is that everything is performed live by the band. No tapes, no loops, just four people on stage making organized noize. Cosey Fanni Tutti and Genesis Breyer P-Orridge provide vocals (howling, talking, and all points in between) when needed. Again all live. The additional CD included in the 1991 reissue consists of numerous live performances, all of which are essential listening. Listen to “ Heathen Earth (Live in Sheffield University)” and see if you can stand the feedback. It is relentless, but when it stops, the silence is almost deafening.

There are some ‘structured’ songs, such as “An Old Man Smiled (SO36 Club, Berlin, 1980)”, there is more structure and it is, at times, more straightforward. The synthesizer on this song is outstanding, and it is a highlight of Heathen Earth.

There is a bonus download of 11 more live songs and a seven inch single, for the collector or should want everything. It is interesting to note that the original vinyl versions of the album did not have any titles of any songs. The titles were added in a 2011 reissue. 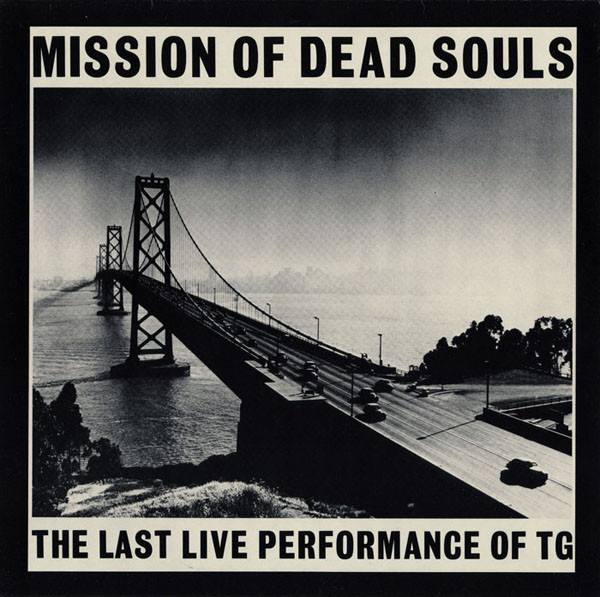 Mission Of Dead Souls is a live recording of their final concert (in San Francisco) in 1981 just prior to their initial break-up. The album, and performance, opens with P-Orridge addressing the ‘dead souls’ of San Francisco and thus begins the song “Dead Souls”, about a dog dying from being hit by a car. As the song reaches the end, P-Orridge chants “Calling” and as he chants, it rises into somewhat of an  incantation. Exactly who or what he is calling up is not clear, but if it does not give you chills, nothing will. This is the opening, it gets weirder and quite frankly more brilliant as the show progresses. Guitars slice through songs, P-Orridge screaming throughout songs and synthesizer playing that turns the instrument into an aggressive force. Fan take note, that the original CD issue of this album featured two studio tracks added as bonus tracks. They are not included here. The powers that be, quite correctly realized that these songs, as good as they are, distract from the harsh beauty of the live material. Of the three reissues, this may be the most difficult and disturbing to listen to, especially alone. But, again, in the end it is worth the effort.

The animal theme continues after the initial song “Guts On The Floor” and “Circle Of Animals” and it does not get any more melodic or pleasant. This is a very difficult album but keep in mind it is a live recording. One can only imagine the intensity at the theatre. 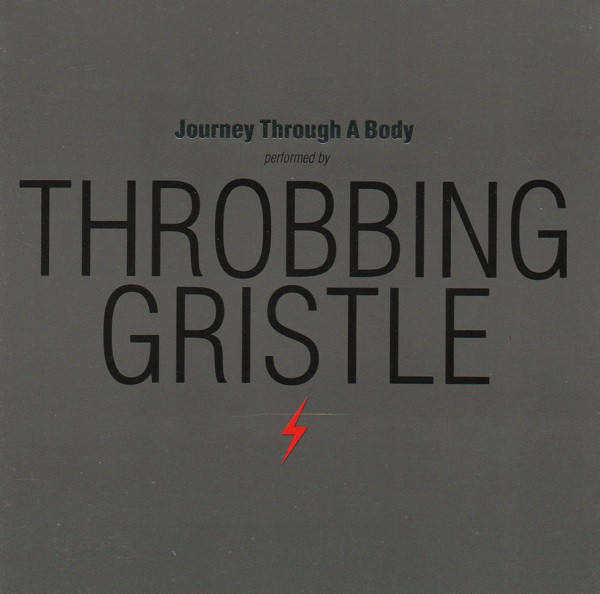 JOURNEY THROUGH A BODY

The third reissue included in this wave of reissues is the astounding Journey Through A Body. It was recorded in 1981 prior to Mission Of Dead Souls, but originally released following that live album. This album was a result of a suggestion by Robert Wyatt, and would become their final studio album until they reunited in 2004. The group recorded the album for Italian National Radio RAI in Rome and it was entirely improvised as they recorded it.

The album was recorded in five days, one song a day, and each song representing a part of the body. The end result of their recording is, perhaps, Throbbing Gristle’s most frightening album. No overdubs, no preplanning, no organizing. It is well constructed sounds, feedback, tasteful synthesizers but the sounds/songs they create are completely unnerving. The sound and tone of the album seeps into the listener’s consciousness and plays with perception. Dark, brooding and downright scary. Cosey screaming in the second  last track, “Oltre La Morte, Birth and Death” becomes unbearable with the synth. Suddenly, it ends, and the beautiful, sublime “Violencia (The Bullet)” concludes the album. The juxtaposition of songs is startling. And most importantly, it works and achieves their goal.

These three albums were released with a two year span of time and at the time they were very difficult to find. They represent another time and an entirely different manner of writing and recording. These albums are not for everybody, Throbbing Gristle is not for everybody, but with an open mind, and a willingness to view and hear music in a different way, these albums are worth the effort and time. They are landmark and influential albums that have stood the test of time and still might be a little ahead of their time. It is nice to have Throbbing Gristle back, even as a rerelease. I look forward to more from Mute from this series.

Born and raised in Whitby, Aaron discovered music through his love of The Beatles. This led to a career in radio, writing for various publications, and ultimately a radio show about The Beatles (Beatles Universe), which ran for over four years. When not immersed in music, Aaron enjoys spending time with the loves of his life -- his wife Andrea, and daughters Emily and Linda (all of whom have an intense love of music too).
RELATED ARTICLES
album reviewalbum reviewsmute
7.0