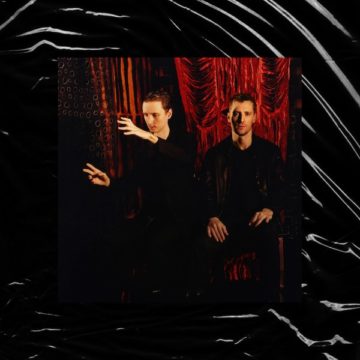 These New Puritans
Inside The Rose
BMG

The more I listen to this album, the harder it gets to describe. Inside The Rose transcends its own material existence as an album, proving itself an experience of its own.

Inside The Rose carries a hypnotic quality to it, ambient instrumentals paced perfectly with drum loops that tend to build up, creating tension with haunting familiarity. Jack Barnett’s crooning vocals only add to this. “Let’s get lost together,” he suggests on “Anti-Gravity”, leaving you no choice but to obey.

There aren’t particular standouts on the album, frankly, as it is their tracklist placement and coordination with each other that lets the album’s magic sustain. The title track does, however, capture the soundtrack-like atmospheric nature of the rest of the record while revealing the eclectic side to These New Puritans.

The album is, in short, an electronic lullaby, slightly morbid but welcoming at the same time. It’s the kind of music you almost fall asleep to, but are introduced to surprises just infrequently enough to keep you up.

Stan is a metalhead, musician, and freelance writer (for hire!) In that order. Yes, looks are deceiving. No, metal is not (all) about Satan.
RELATED ARTICLES
album reviewalbum reviewsbmg
9.0